As India celebrates her 72nd Republic Day,  John Abraham has announced the release date of his upcoming film Satyameva Jayate 2. The actor took to his Twitter account and revealed that the film will hit the theatres on May 14, 2021. Earlier the film was slated to release on May 12, 2021.

John posted a picture of himself posing with the Indian National flag as he donned a white kurta-pajama and a turban. John captioned the photo, “TANN MANN DHANN, se Badhkar JANN GANN MANN! The team of #SatyamevaJayate2 wishes everyone a Happy Republic Day! See you in cinemas this EID on 14th May 2021″ 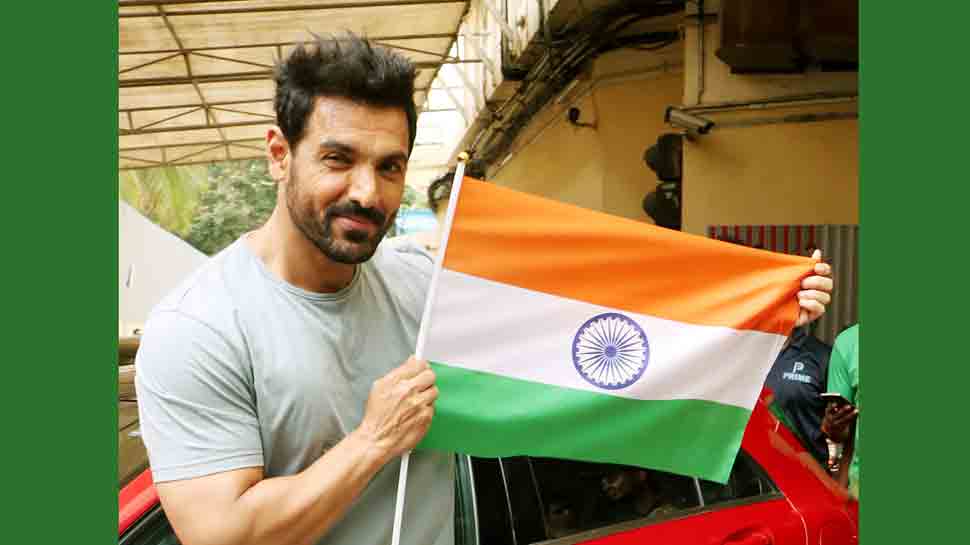 The Milap Zaveri directorial Satyameva Jayate 2 is the sequel to the 2018 film Satyamev Jayate starring John Abraham and Manoj Bajpayee. The film also features Divya Khosla Kumar in the pivotal role. The film has been shot in parts of Mumbai and Lucknow.

The actor is known to keep a tricolour in his wardrobe as well!