OTT is where all the action is these days, especially when it comes to the web-series. The massive success of the web-shows in recent times has spurred the makers to explore the domain further with an organic need to move on to the next season. While some shows (Breathe, Made in Heaven, Hostages) had a definite ending, many others (like The Family Man, Mirzapur, Special OPS, Bard of Blood) had ended on cliff-hanger moments and suspenseful notes, where the viewers are eager to find out how the story moves forward. Interestingly however, the makers are readying to serve a second helping of both kinds of shows. And with several makers ready to release the sequels, here’s taking a look at some of the most-awaited and highly-anticipated second season of web-series that the OTT audience is excited about and also the ones we hope will have a sequel soon: 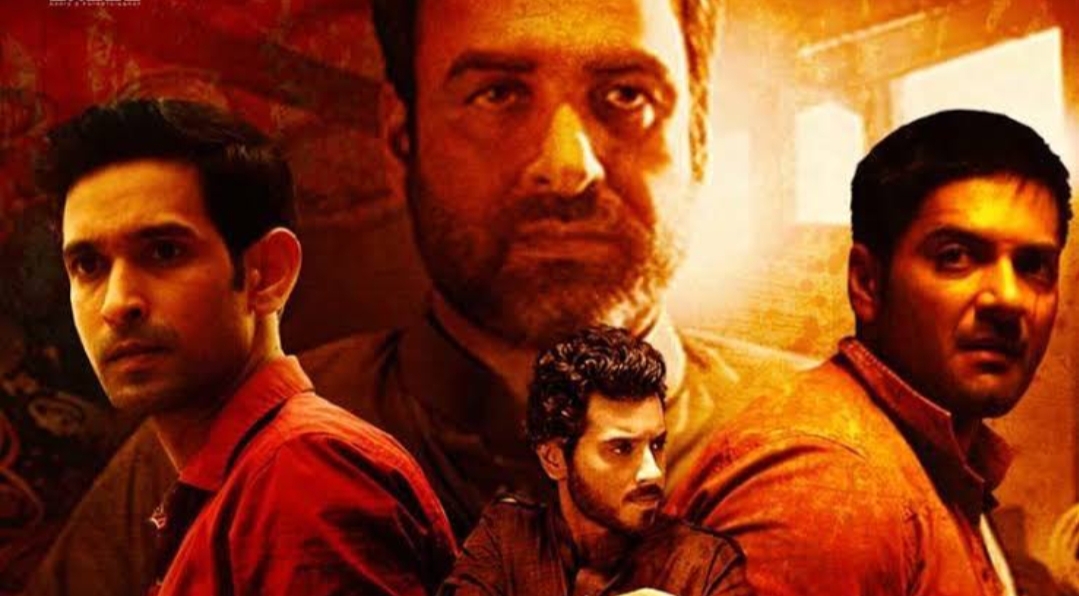 The crime world of Kaleen Bhaiyya, Munna, Bablu, and Guddu… Mirzapur Season 1 (2018) had ended on a dramatic high and what happens next has been keeping fans on the edge. This one definitely leads the pack when it comes to the most-awaited shows! The gangster drama that streams on Amazon Prime had ended with two important lead characters being killed off. What is expected to follow next is a revenge saga. The show that stars Pankaj Tripathi, Divyenndu Sharma, Vikrant Massey, Ali Fazal, Shweta Tripathi, Shriya Pilgaonkar, Rasika Duggal, and Anjum Sharma will see many twists and turns in the struggle for power and the drive for vengeance. Besides the obvious face-off between Munna Bhaiyya and Guddu, the most interesting tracks to watch will be that of Shweta’s character Golu Gupta undergo a complete transformation as well as Anjum’s character Sharad return to avenge the death of his father, Rati Shankar much like in The Godfather. 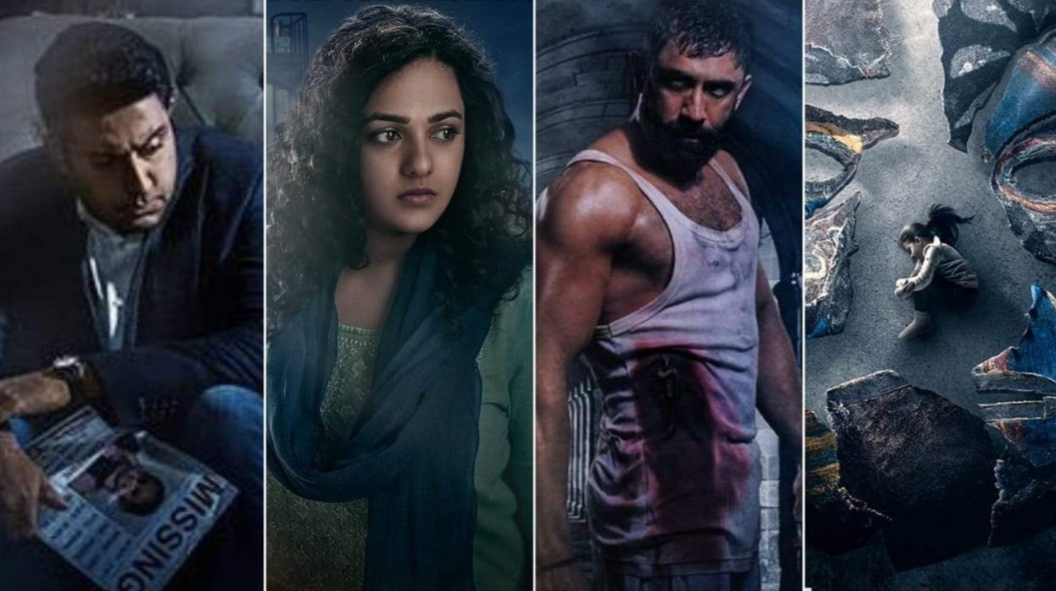 Breathe Into The Shadows

The much-talked about web-series Breathe into the Shadows marks the web debut of Abhishek Bachchan. The sequel to the psychological crime thriller Breathe (2018) – that starred R Madhavan and Amit Sadh – the story is not a carry forward from Season 1. However, the show’s Season 2 will have Sadh reprise his role as Senior Inspector Kabir Sawant. Abhishek plays a psychiatrist Avinash, while Nithya Menen plays his wife Abha. After a mysterious masked caller kidnaps their daughter Siya, Avinash unwillingly sets out on a murder spree that seems to be based on the deadly sins. Time is running out for the desperate father, who has to complete the killing tasks set by the kidnapper. The high-octane and gripping trailer suggests that it’s going to be a cat and mouse chase between Sawant and Avinash. It’s been a while since we saw Abhishek in an intense and a highly emotionally-charged action role. The interesting promos and trailer are already creating quite a buzz for the show set to release on July 10 on Amazon Prime and we can’t wait to watch what’s in store for the viewers this time around! 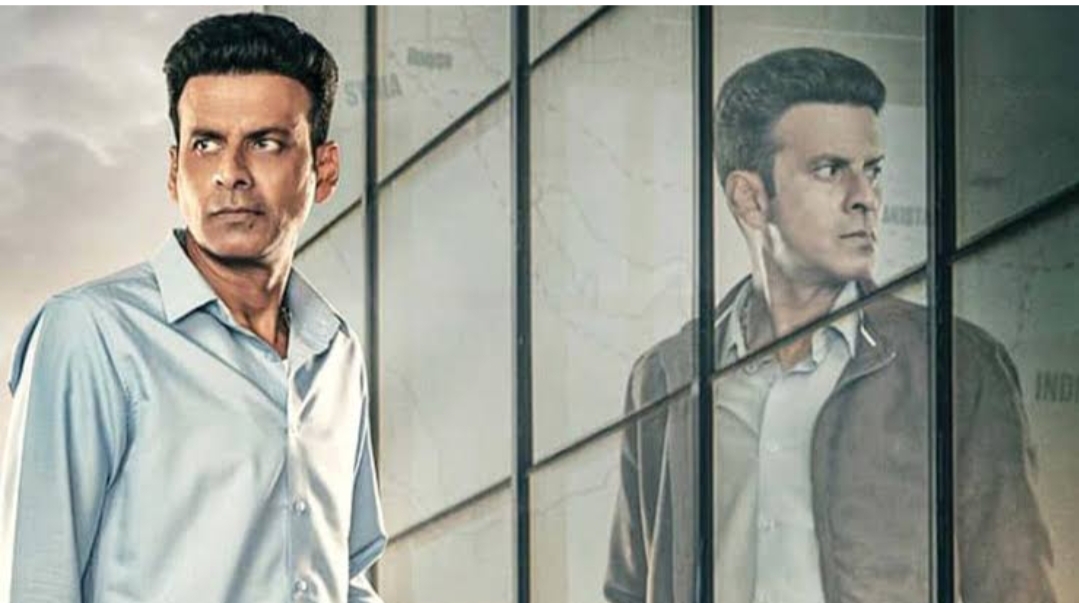 Directed by Raj & DK, this Manoj Bajpayee-starrer spy-action-thriller definitely is one of the most-awaited sequels. Season 1 (2019) had ended on a rather crucial note with a city on the brink of disaster after terrorists manage to set in motion certain events that would eventually recreate the effects similar to the Bhopal gas tragedy. Manoj plays Srikant Tiwari, who unknown to his family, is actually an intelligence officer who works for NIA’s (National Intellgence Agency) T.A.S.C. wing and is on a mission to stop this terror attack. And while he tries to save the city, keeping his field operations covert is taking a toll on his family life. The intriguing twists and turns apart, Manoj Bajpayee as an effortless actor is a treat to watch. Priyamani and Sharad Kelkar’s equation too lends an interesting angle to this show that is expected to air in October 2020 on Amazon Prime. 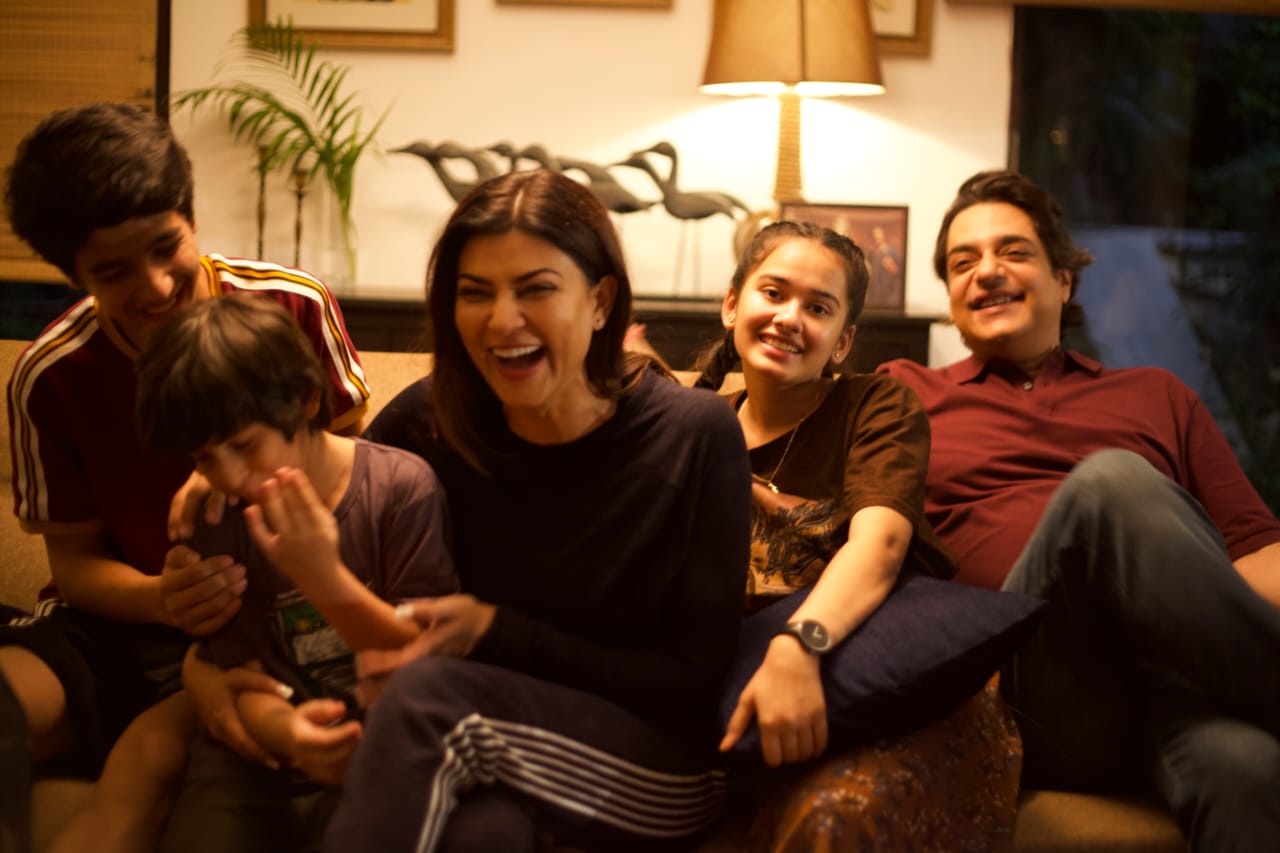 Director Ram Madhvani and lead actress Sushmita Sen have both confirmed that Aarya (2020) will soon have a Season 2. Inspite of having caught the killers of her husband, the first season ended with threat from the Russian mafia looming large on Aarya’s family. The sequel to this highly-acclaimed show is definitely something fans and viewers are looking forward to on Disney Plus Hotstar. 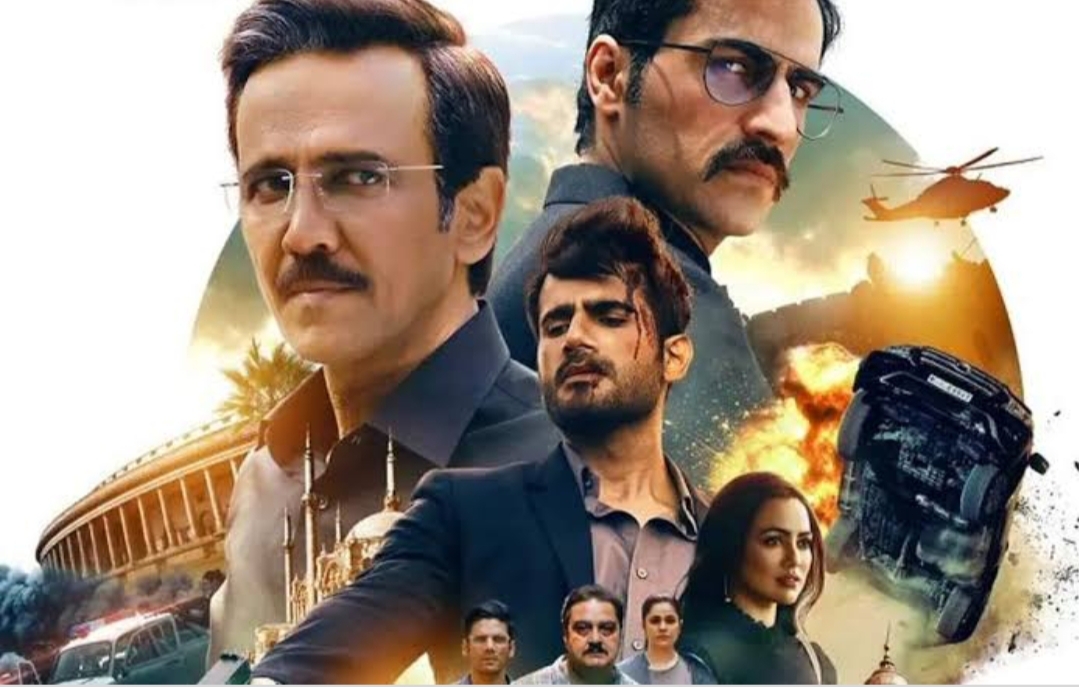 There is good news for fans of Special OPS (2020) as the maker Neeraj Pandey clearly hinted at the show getting a Season 2. While no formal announcements had been made, the makers do intend to follow up their hit show on Hotstar with its sequel that will unveil several theories and mysteries that had remained unsolved in the Season 1. The espionage thriller starring Kay Kay Menon, Karan Tacker, Parmeet Sethi and Divya Dutta revolved around covert operations carried out across the globe to maintain India’s security, and uncovering any global terrorist threat to it. 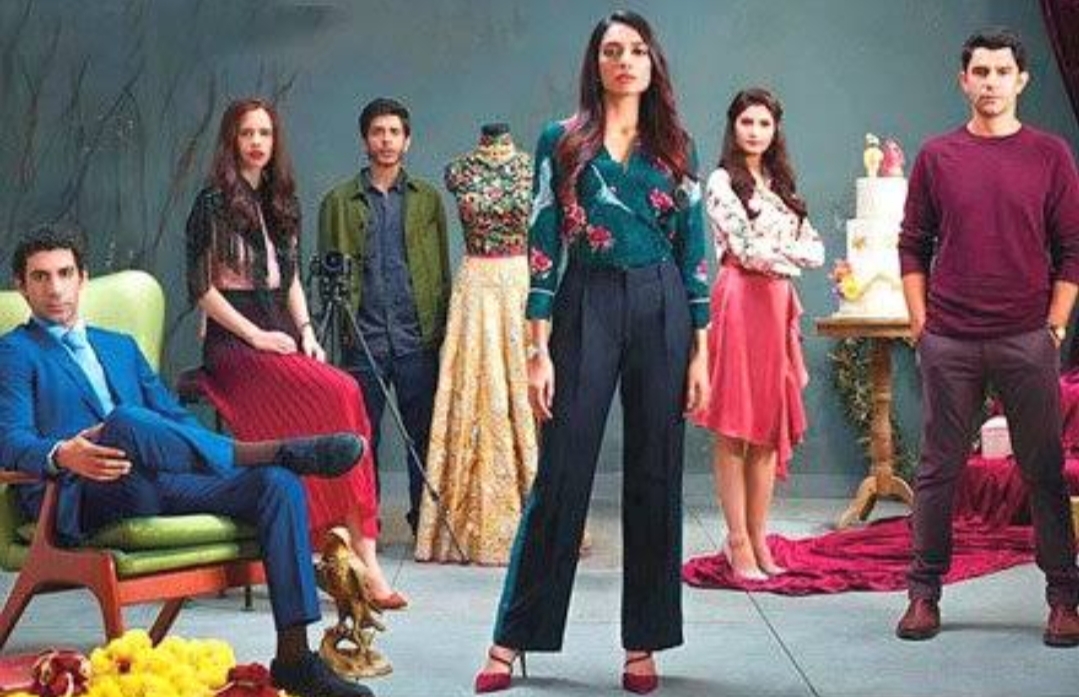 Makers Zoya Akhtar and Reema Kagti recently shared that they are in talks for the Season 2 of Made in Heaven (2019). The much-acclaimed drama series starring Sobhita Dhulipala, Kalki Koechlin, Jim Sarbh, Vijay Raaz and Arjun Mathur weaved around the lives of the rich and famous as wedding planners Sobhita and Arjun plan high-end luxurious weddings for their clients. The show captured the realistic starkness and dealt with several social issues sensitively. Sobhita was a real discovery in this one and we’d definitely give this one a spot on our much-awaited list. 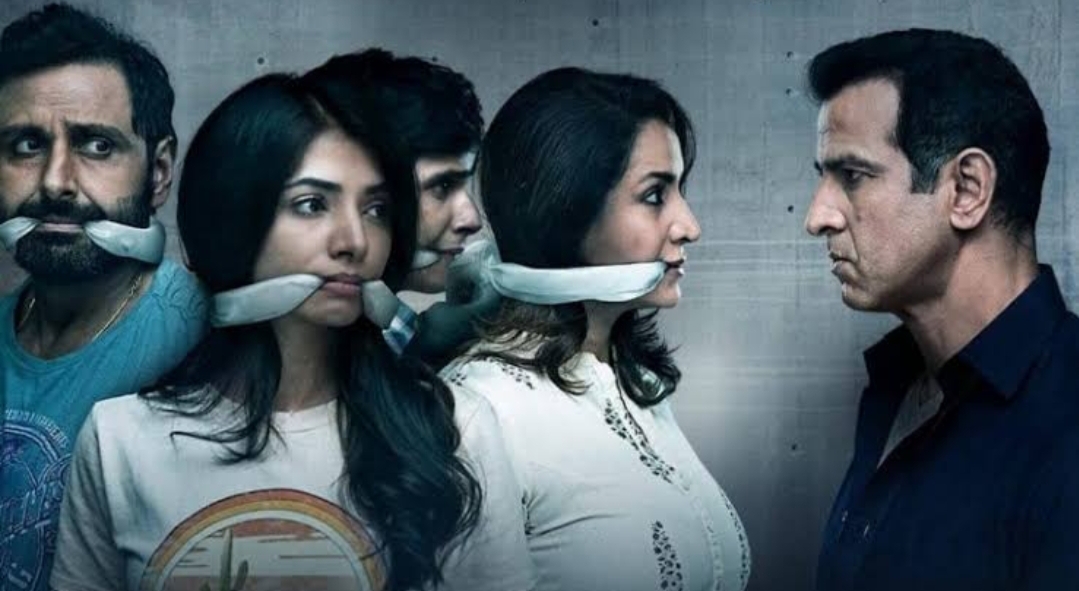 The Sudhir Mishra directed crime thriller Hostages (2019) starring Ronit Roy and Tisca Chopra had a definite ending in the Season 1. However the show’s success has inspired the makers to go in for a Season 2, which will have a completely new plot. The incredible twists and mind games in this thriller topped with fantastic performances by Ronit and Tisca make this one a must-watch-out-for Season 2 as well.

The digital premiere of Godzilla vs. Kong in Hindi, Tamil and Telugu this August 14th