What’s most interesting about these new-age screen women is their realistic portrayal with unapologetic roles that has them ditching the holier-than-thou pedestal-grabbing characters and choosing instead to flaunt the more real, flawed, fearless, bold, fierce and oft-grey shaded avatars with aplomb.

The portrayal of female characters in our films has always been under a scanner! But even the toughest critics would agree that for every few films that’ve had the heroines play the second fiddle to their larger-than-life heroes, there’ve been films where they have ruled the roost as actresses and their characters owned the screen. Where the actresses have proven their mettle and played iconic characters redefining the way we look at our heroines.

From Nutan to Aparna Sen, Sharmila Tagore, Smita Patil to Shabana Azmi to Rekha and Sridevi to Madhuri Dixit, Nandita Das… every now and then these actresses brought the women’s quiet strength and resilience on screen epitomising all the love, sacrifice, courage and stoic determination that a woman is capable of.

The powerhouse Tabu took the baton ahead spear-heading the new-wave cinema with her strong screen characters and scaling even greater heights in her path-breaking roles in films like Astitva, Maqbool, Chandni Bar, Haider, Cheeni Kum, and a host others earning the bankable tag for the actresses even in the most unconventional ‘heroine’ roles. Vidya Balan showed how strong characters need not be bereft of ‘entertainment’ with films like Ishqiya, The Dirty Picture, Tumhari Sulu, Kahaani, Shakuntala Devi… Then there’s Mahie Gill and Kalki Koechlin in Dev D, Swara Bhaskar… Konkona Sen Sharma has made a habit out of playing such characters too… Mirch, Lipstick Under My Burkha, and her latest Dolly Kitty Aur Woh Chamakte Sitaare, amongst others.

These talented actresses have played inspiring characters that are not afraid to ask, to rebel, to make mistakes, to learn, flaunt their sexuality, break rules or follow their hearts. Society eyes be damned, they are ready to face on every challenge and overcome obstacles, without the fear of being judged! And in that, they have found their freedom to be and celebrate who they are, paving the way and inspiring women to dare to be different. The fact that these films have takers pan-tiers proving their viability at the Box Office also says much.

Much to the delight of movie-goers, this wave of the realistic heroine in women-centric has been constantly gaining momentum and the number of such films has been shooting up considerably! So, while there’re more on the list, here’s checking out 7 roles portrayed by Gen-New that’s reflective of their voice of change and choice on the big screen: 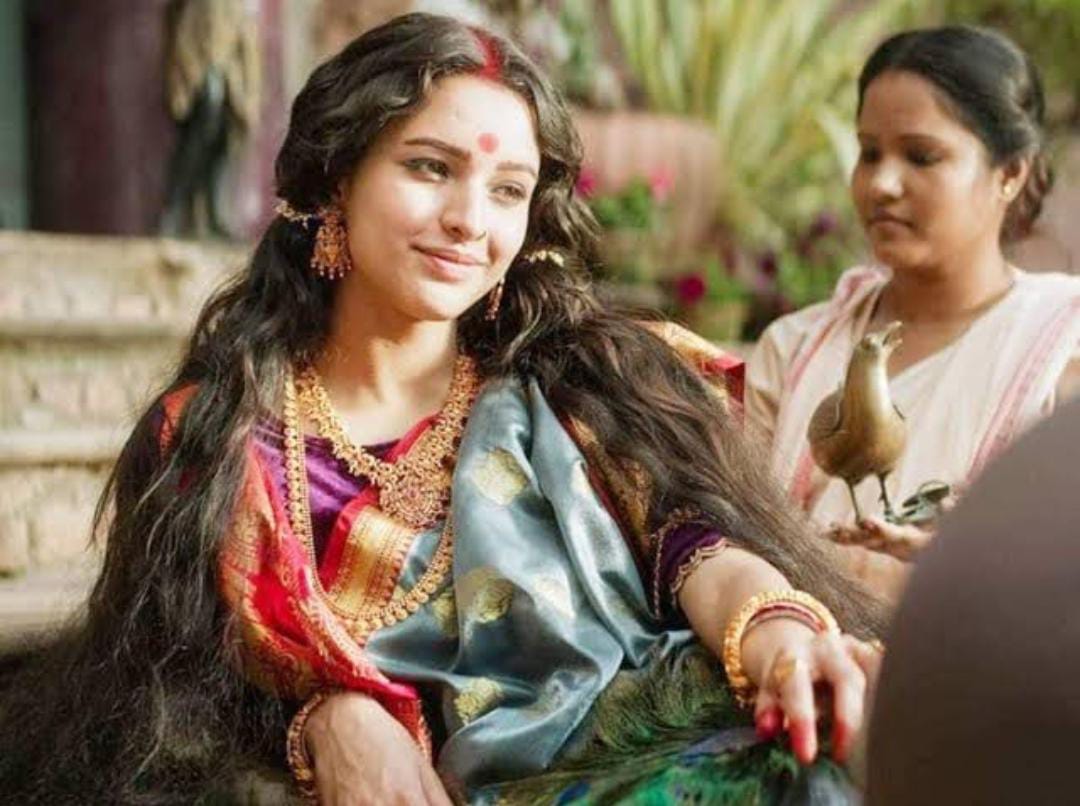 As the titular character in Netflix’s Anushka Sharma production, Bulbbul (2019), Tripti’s character arc was one of the most interesting we’ve seen in recent times. From being a submissive, docile and naïve newly-wed child-bride to gathering strength and acknowledging what a woman can be capable of… her shy and silent fight against patriarchy in her own way was empowering, spine-chilling, and heart-breaking all at once. The fact that the actress could portray the nuances of a complex character with such grace is certainly praise-worthy. 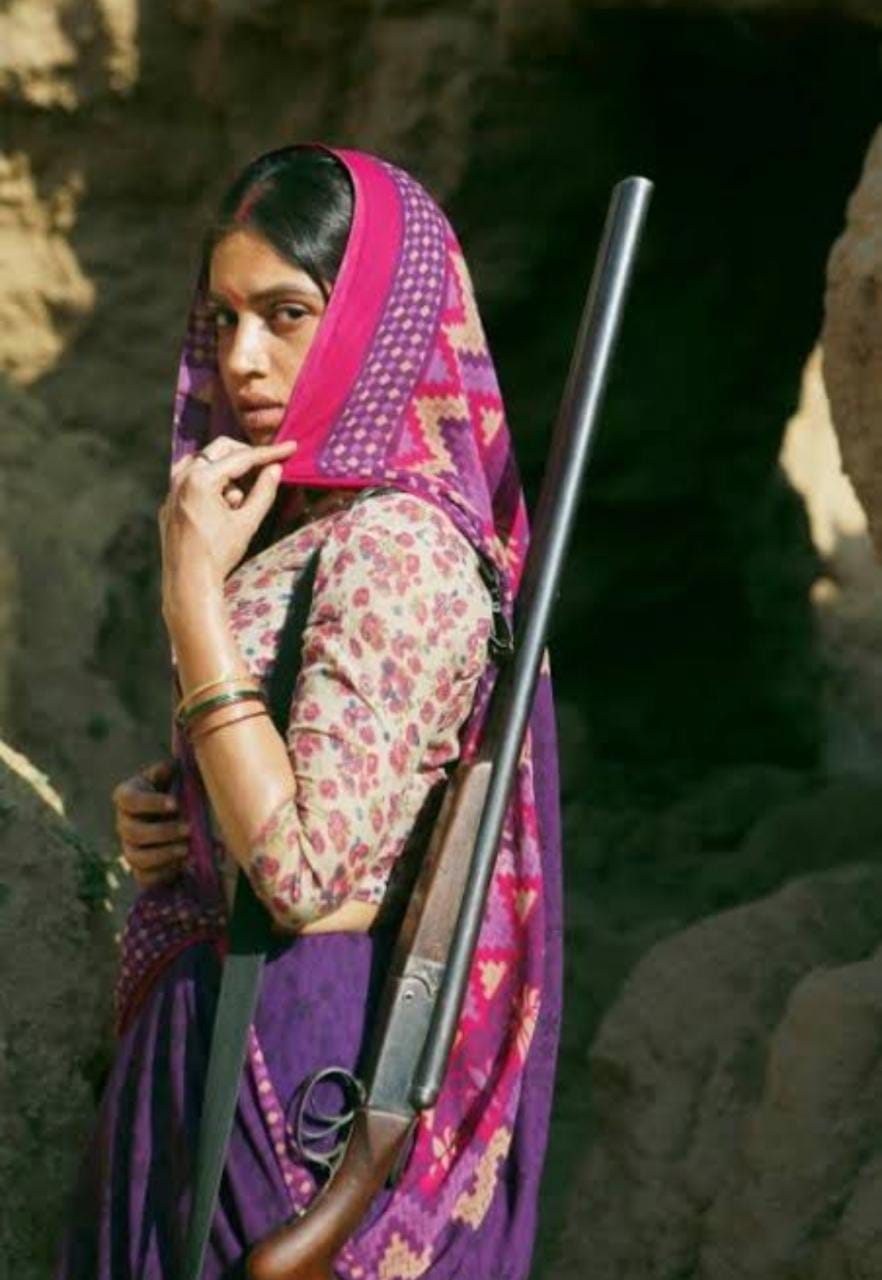 The actress has come to be recognised for creating her own brand of meaningful cinema with empowering roles in almost every screen outing – whether in Bollywood with Bala, Dum Lagaa Ke Haisha, Saand Ki Aankh, or on the OTT with her latest Dolly Kitty Aur Woh Chamakte Sitaare  alongside Konkona. But earning her a spot on this list is her role as Indumati Tomar in Abhishek Chaubey’s Sonchiriya (2018). The actress in the movie challenges the system and takes a stand for a girl-child who is not related to her. She picks up a gun, fights against her own family and even her son to protect the girl, the Sonchiriya! If this isn’t inspiring, what is! 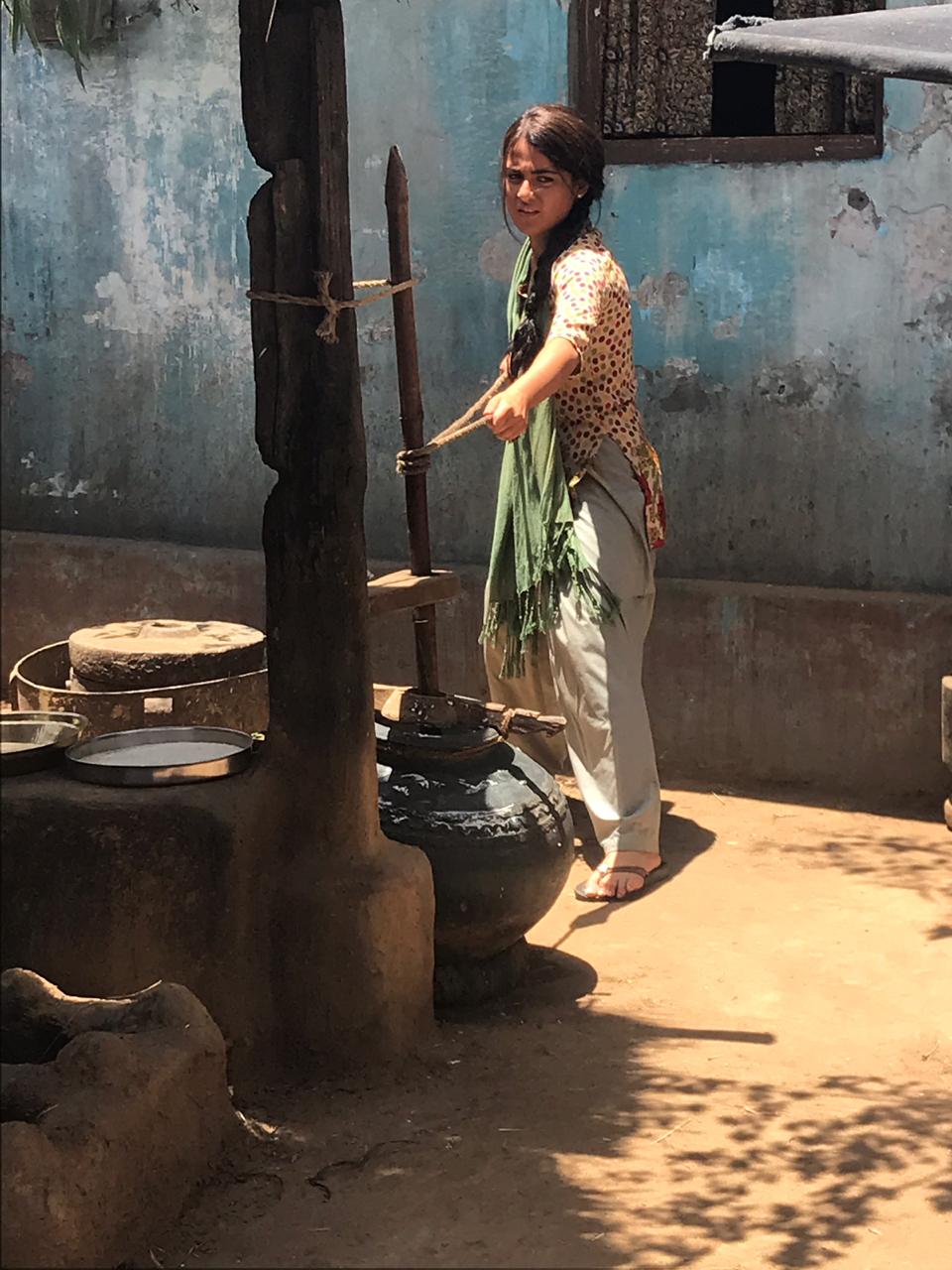 The Angrezi Medium actress stars in this firecracker of a film Patakhaa (2018) that plays out a volatile bond between two sisters played by Radhika as Badki and Sanya Malhotra as Chhutki. They fight, conspire and are each other’s arch-nemesis. The characters are far from perfect and portray a messy sisterly bond set in a rural set-up, unlike we have ever seen in Bollywood. As the older sister Radhika is nothing like you’ve seen in our films. 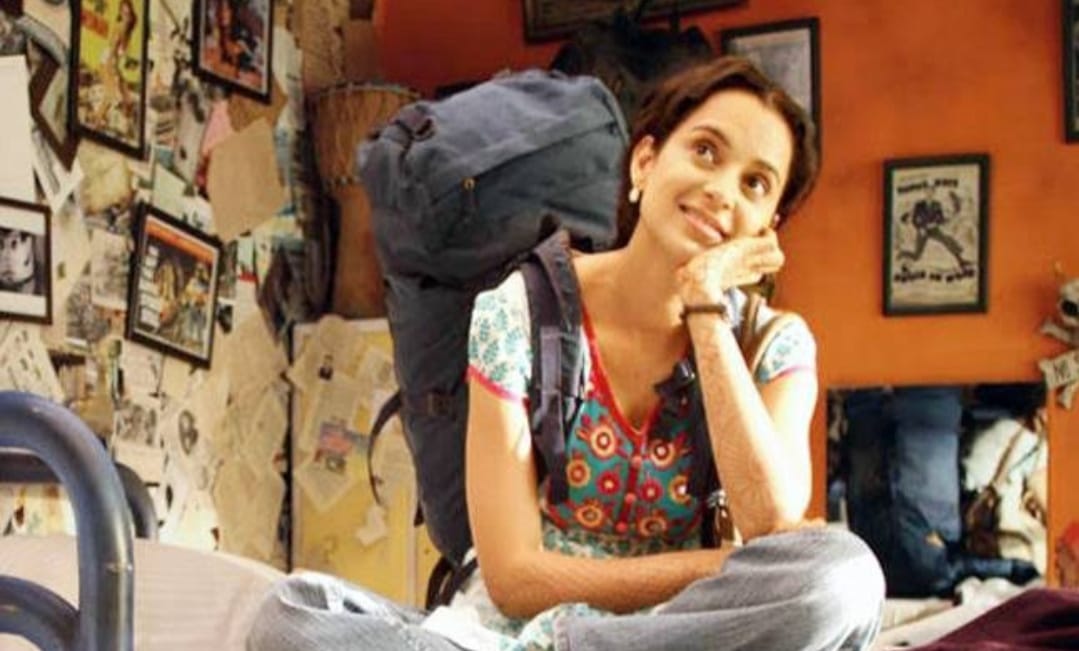 While Kangana Ranaut is all shades of fearlessness off screen as well as on screen as she continues to shatter the glass-ceiling every time when it comes to her choice of roles, her best-ever role still continues to be in Queen (2013). As a simple girl Rani, setting out on her own honeymoon after being ditched at the wedding, the Manikarnika actress won hearts and awards alike. Following her heart along the journey, she discovers an independence that sets her free and makes you root for her all along. 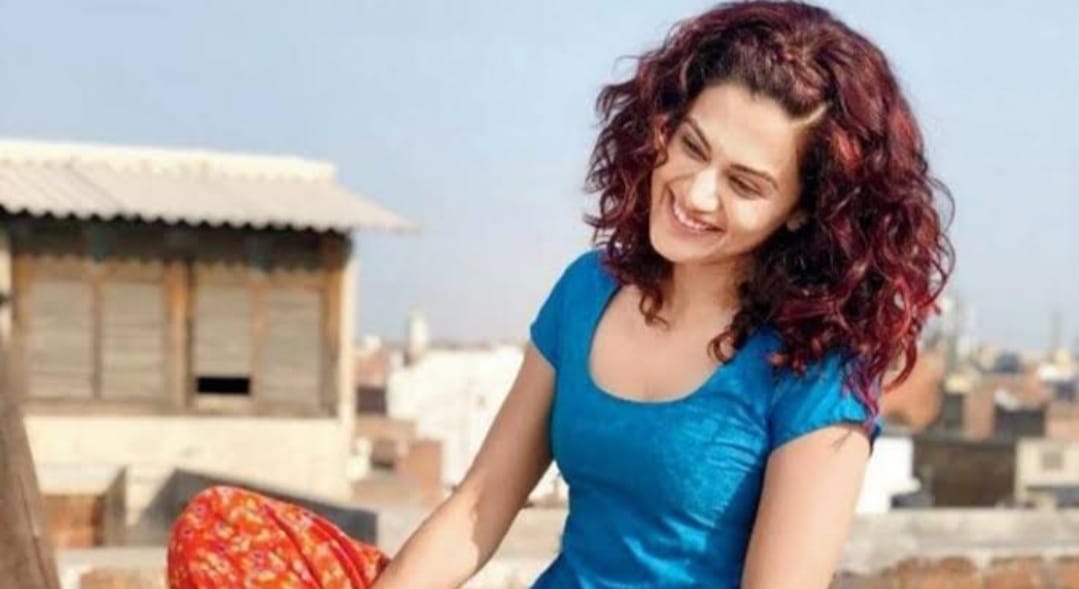 Saand Ki Aankh, Badla, Naam Shabana, Pink, Manmarziyaan, Thappad… Taapsee Pannu’s repertoire of films is a statement in itself. But here the tie is between Thappad and Manmarziyaan. While the former had her take a stand against her husband and ask for a divorce after he slaps her, the latter was purely a woman’s choices driven by love for her ex-boyfriend that makes her opt for a divorce. It is somewhat a Hum Dil De Chuke Sanam minus the Bhansali (Sanjay Leela Bhansali) opulence and drama. But a role like this doesn’t come every day, nor does a powerful performance like Taapsee gave as Rumi Bagga in Manmarziyaan (2018) and for that, it is this film that makes it to the list! 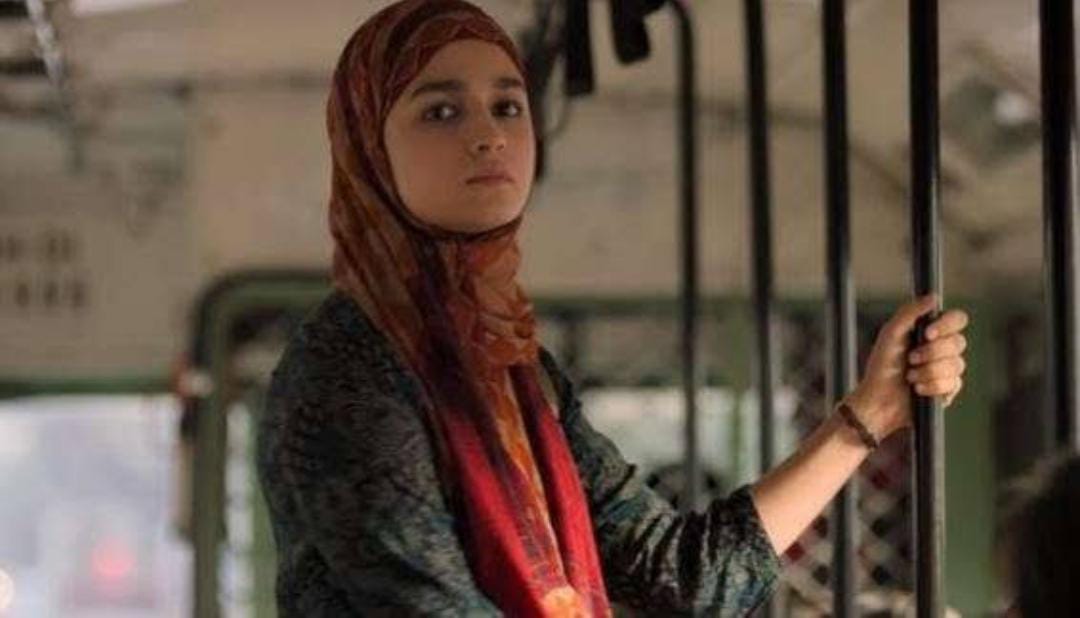 Alia Bhatt has to her credit an impressive line-up of films including Highway, Gully Boy, Raazi and Dear Zindagi. And while it was with the patriotic fervour-driven Raazi that saw Alia cement herself as a bankable name at the Box Office, carrying a film on her shoulders with support from Vicky Kaushal, the actress gets a spot in this list for her role in Gully Boy (2019)! As the feisty girlfriend Safeena, Alia brings a raw and natural charm to the role. What makes it stand out though is how inspite of supporting her boyfriend’s dreams, she doesn’t lose focus of her ambitions. Unafraid to speak her mind, she refuses to play by the book when required. 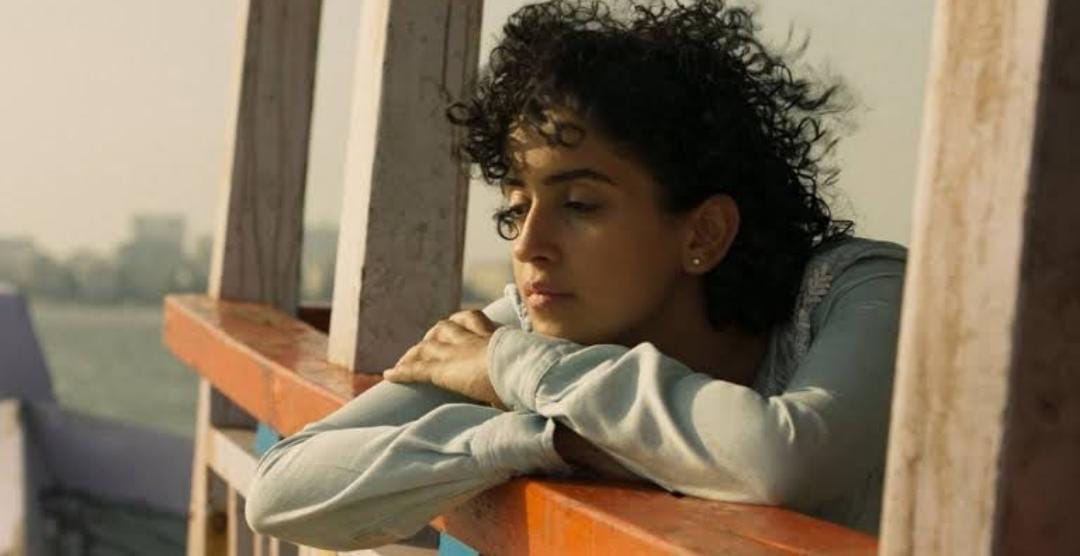 The Dangal actress played an interesting role in Patakhaa. But it’s her role in Photograph (2019) that we think she makes a statement with, albeit a shy one. The academically-inclined, middle-class student Sanya’s painfully shy character Miloni shocks audiences when in a scene she lies through her teeth about her parents’ death. The girl who comes from a well-respected, protected environment finds happiness and freedom with a street-photographer played by Nawazuddin Siddiqui and the fact that she is unafraid to tread that path is what helps her grab a spot here. Her nuanced performance in this one makes it one of her best films.