Poet, lyricist and the wonder man of words, Javed Akhtar has the most delightful response to seemingly mundane activities. Here is his wife and actor Shabana Azmi singing out a response to what happened when they were having a meal. Javed saab was spilling soup over his clothes while eating and she complained about it. Here is his hilarious response, sung out by the legendary actor herself! Writer and translator Rana Safvi rekindled this memory through her post!

If you drop soup on your clothes then ⁦@Javedakhtarjadu⁩ has the perfect response
Thank you ⁦@AzmiShabana⁩ and you have the most beautiful voice pic.twitter.com/knAHCxrKzN

In the past too, Javed saab and Shabana Azmi have had these banters that have evoked a lot of interest and laughs from fans worldwide. Shabana has been felicitated numerous times for her work and has been the proud recipient of several national and international awards and at one such ceremony Javed Akhtar had accepted the award on her behalf. 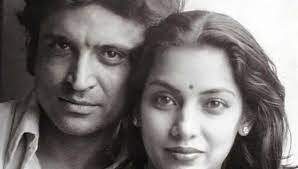 While collecting it, he in his trademark humorous style, said, “I have got a trophy wife.” Before you jump to conclusions, he explained saying, “My wife has been winning trophies every week, so she’s my trophy wife.” 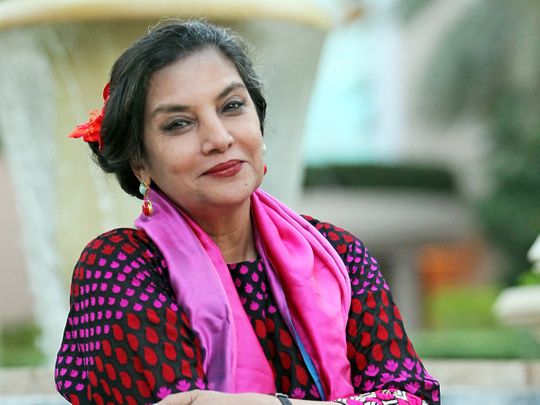 Her role in the 1996 film Fire won her the Silver Hugo Award for Best Actress at the 32nd Chicago Film Festival and Jury Award for Best Actress at Outfest, Los Angeles. The child of Communist parents who were part of the leftist and progressive politics in the 1940s, Shabana became actively involved in activism. She also presides over the Mijwan Welfare Society, which is involved with girls’ education through vocational training.  In fact her brother and ace cinematographer Baba Azmi debuted as a director recently with a film titled Mee Raqsam that was shot in their village Mijwaan. The film was produced by Shabana Azmi and streamed on Zee 5.

Shabana has also served as a Goodwill Ambassador on behalf of India to the United Nations Population Fund. In 2006, she was awarded the Gandhi International Peace Award by the Gandhi Foundation in London, England for her efforts.