Bellamkonda Sai Sreenivas is all set to debut in Bollywood and the South star’s maiden Hindi film has just gone on the floors. An official remake of India’s leading director SS Rajamouli’s blockbuster movie Chatrapathi, the Hindi remake will be helmed by renowned director VV Vinayak and bankrolled by Bollywood’s Pen Studios. 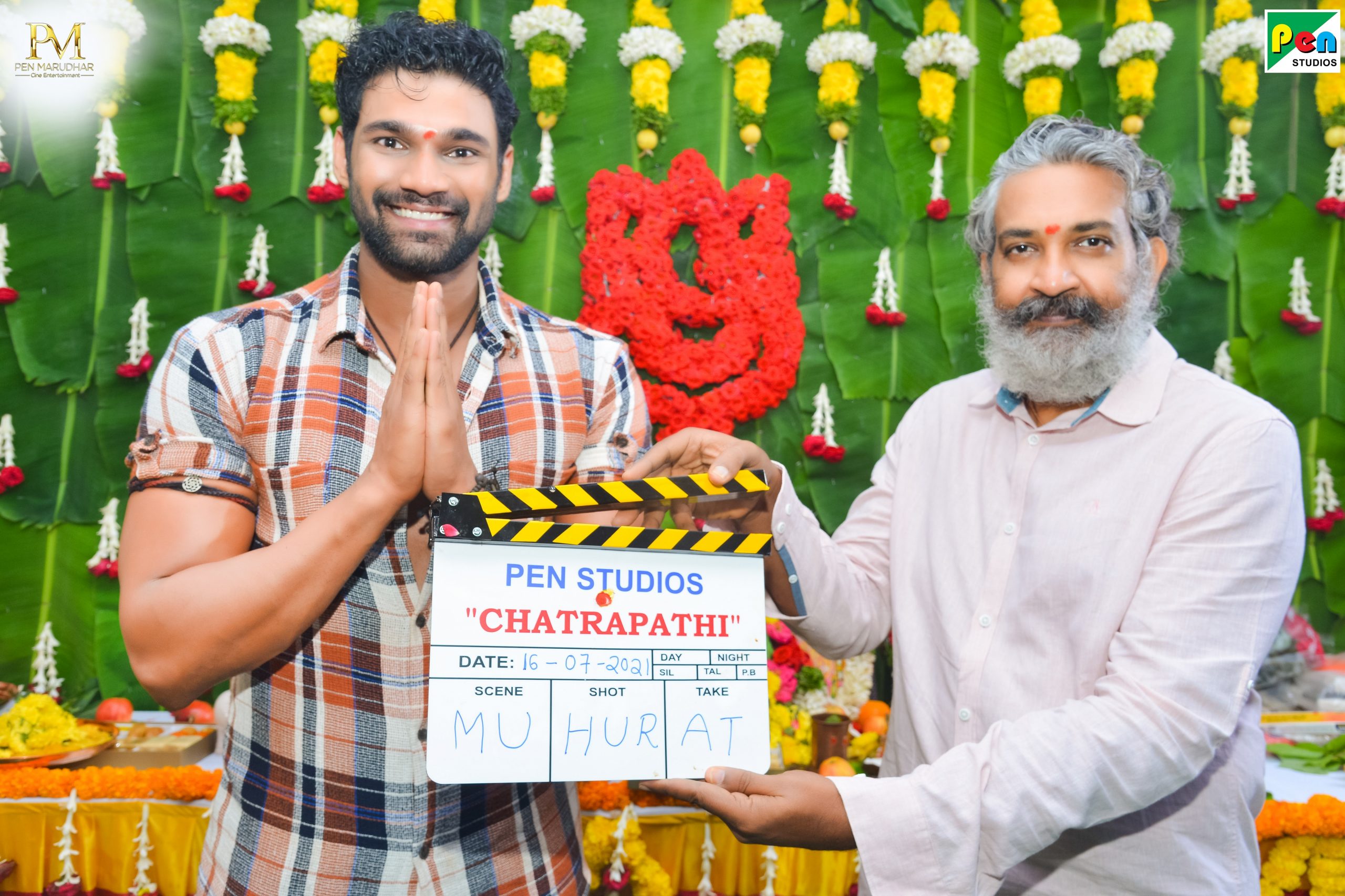 The yet-to-be-titled mass-action entertainer film has been launched in a grand ceremony in Hyderabad with the key team, Bellamkonda Sreenivas, VV Vinayak, Dr. Jayantilal Gada, and few special guests including Rajamouli and Sukumar gracing it. Rajamouli sounded the clapboard for the muhurtham shot, while star Rama Rajamouli switched on the camera and producer AM Ratnam did the honorary direction. The script has been handed over to the makers by Vijayendra Prasad.

A grand set is constructed in the same location of Rangasthalam village set and the film’s schedule commenced.

Dhaval Jayantilal Gada, Director at Pen Studios said, “We are tremendously excited and thrilled as this is one of our grand projects along with talented actor Bellamkonda Sai Sreenivas and renowned Director VV Vinayak. We are confident that this collaboration will be loved by the audience and will make history in the Indian cinema.”

After proving his mettle as one of the most happening stars of Tollywood, Bellamkonda Sai Sreenivas is all set to make his entry in Bollywood with this mega-budget venture. Bellamkonda will be stepping into the shoes of Baahubali fame Prabhas. Tollywood’s director VV Vinayak who has numerous blockbusters to his credit in Telugu is also set to make his debut in Bollywood with this project.

Rajamouli’s father KV Vijayendra Prasad who penned the story for the original is the writer for the remake version as well. Known as a writer for blockbuster Hindi films such as Bajrangi Bhaijaan and Manikarnika, he made few changes to the script according to the tastes and sensibilities of Hindi audiences.