A name to reckon with in global cinema, as a producer, Guneet Monga’s name has come to resonate with cinema that’s not only critically-acclaimed, but has also proven to be huge commercial successes at the Box Office. Having backed path-breaking films like Bittu, the Oscar-winning docu short Period. End of A Sentence and several other cinematic gems, like The Lunchbox, Masaan, Haraamkhor, Gangs of Wasseypur 1 and 2, Soorarai Pottru, Pagglait, amongst others, the celebrated producer clearly has her finger on the pulse of movie-lovers. In an exclusive interview with Aakanksha Naval-Shetye, Guneet Monga talks all about believing in her convictions and taking that leap of faith when it came to her cinematic journey 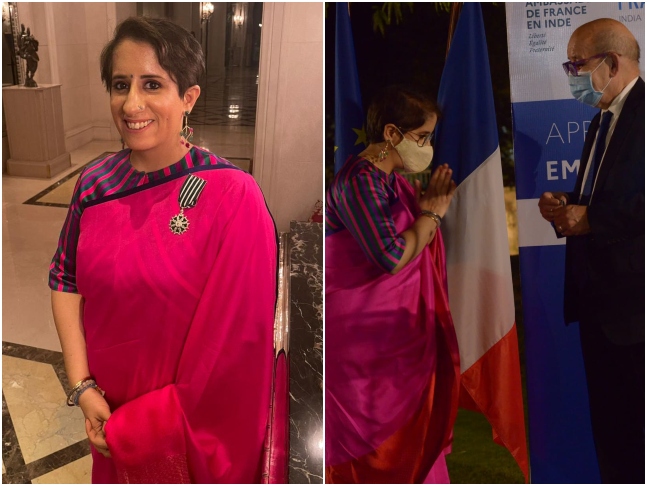 Your films are a perfect balance of meaningful cinema and mainstream commercial fare, so what’s the vision as a producer?
Each time I hear a story, I try to envision how far this story can travel and what could I do to make it happen. Each story that is made into a film has something unique to say. Commercial success does not always mean breaking into a 100 crore club, it is to ensure the budget doesn’t fail the project. Also I feel that meaningful cinema and commercial success are not mutually exclusive. Even if Box Office numbers are the only benchmark, then also a well-defined content-driven film could fare well at the Box Office once we strike the right balance. The Lunchbox, Stree, Badhaai Ho, Newton, Secret Superstar are few of those many marvels. The producer needs to have a clear vision to understand the pulse of the audience, the scope of the content and help derive a perfect amalgamation of the two to deliver. I always strive to provide the right packaging and the platform to the story while choosing the right format for it. With so many avenues now, it is exciting to break into various formats of storytelling. 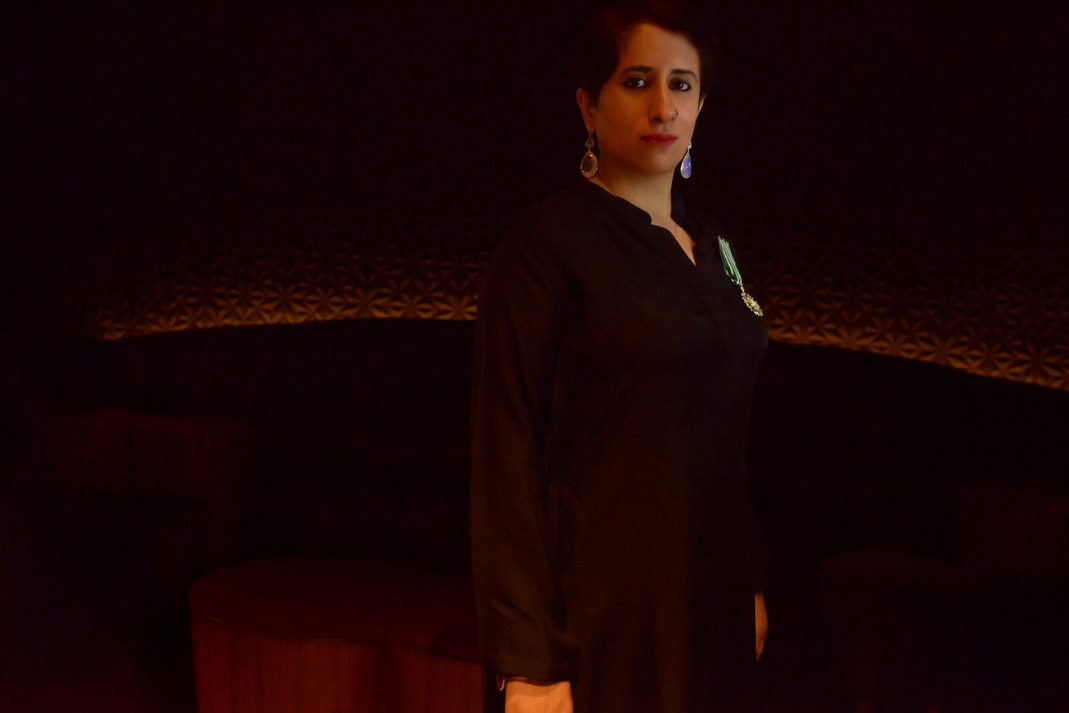 Tell us more about these various formats of story-telling that reflect in the diversification of your productions…
Every story starts as an idea and my journey is to make that idea reach as many people as possible. One has to see what format is best suited for that idea to grow into; be it a podcast, a short film, a series, a feature or a documentary. At Sikhya Entertainment we have five divisions catering to these various avenues of entertainment. I believe in making impactful cinema which led us to collaborate on Oscar-winning docu short Period. End of A Sentence. With the lockdown, the audience’s appetite for varied formats of content like audio shows, short format, snackable content became more evident. Meanwhile at Sikhya, we were already working on podcasts and audible shows, we made an anthology Zindagi inShort. This was over and above our feature films. We recently forayed into an innovative space of interactive thrillers with Kaun? Who Did It? and are currently working on a whole bunch of exciting projects for the future. With 13 years behind me at Sikhya, I still feel it is just a beginning. 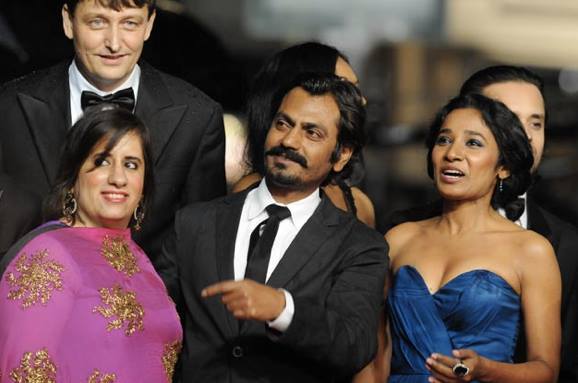 You have been a torch-bearer of sorts putting Indian films on the global map, especially the international festival circuit…
As a producer taking an independent film to a festival is a lot of work. My first film festival was in 2012 with That Girl in Yellow Boots that was selected at the Venice International Film Festival. From networking at least two months before the screening of the film, making global distributors sample your film, getting reviewers to cover it, one needs to travel, figure best dates, understand festivals… all this does take years of exposure and experience to build a network to be able to tell our unique stories globally. I feel as producers we should keep learning the ropes of festivals which present our work on a global stage. 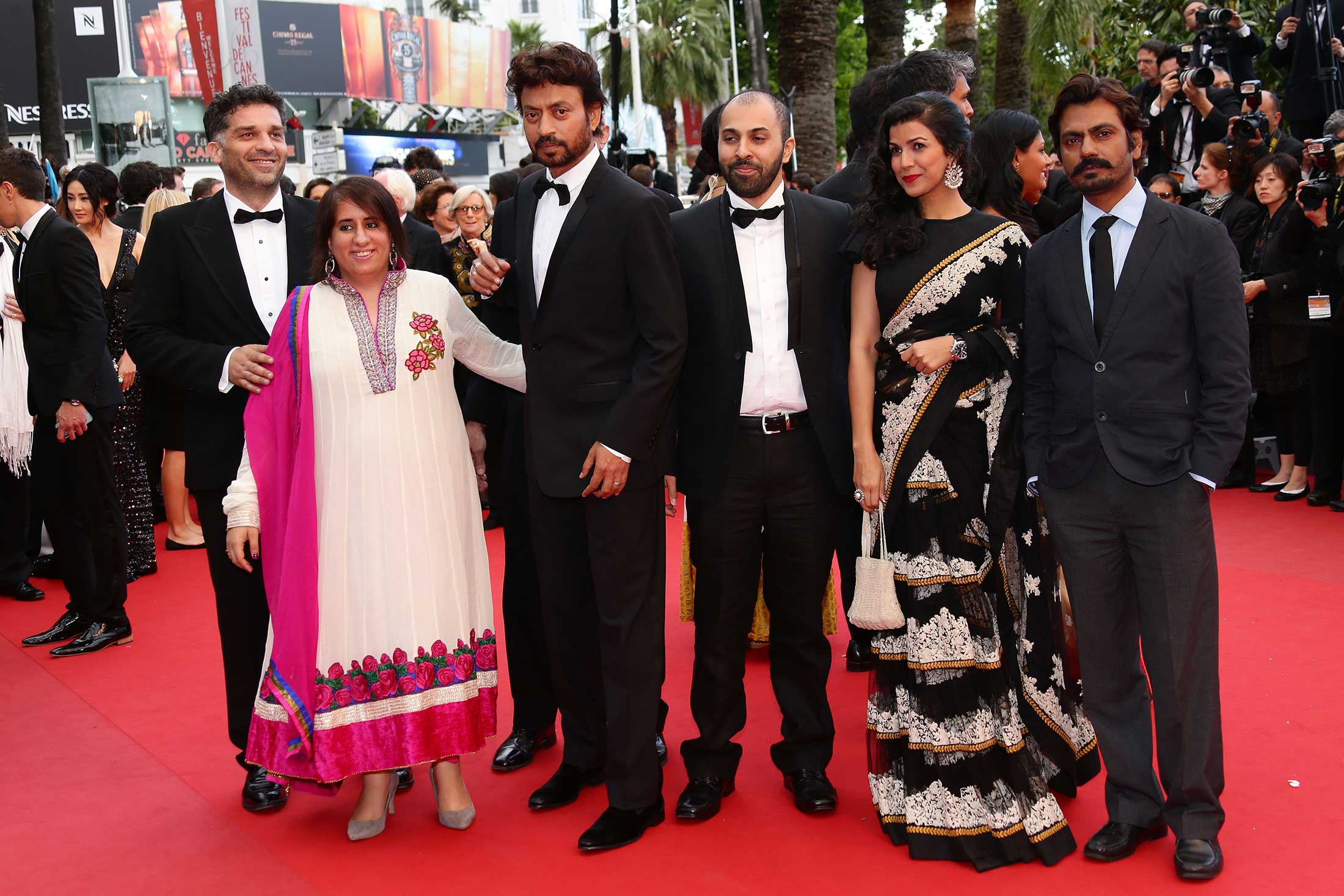 Tell us more about your cinema collective Indian Women Rising…
I was curious and did some research to find out that we have only five per cent women directors in Indian film industry. I shared this with Tahira Kashyap Khurrana and we were determined to do something about it. We then approached Ekta Kapoor, who came on board in an instant and Indian Women Rising came into existence. With Ruchikaa Kapoor Shiekh, we four are determined to change this status quo for good. Karishma Dev Dube approached me for her short film Bittu which was contending for the Oscars. We turned all stones to ensure Karishma and her gem of a film was supported and travelled across. We made it to the top 10 in the Live Action short film category at the Oscars this year. Bittu was the first of many more exciting projects to come from IWR where it would be our constant endeavour to shine the spotlight on the deserving Indian female filmmakers.

Tell us more about your journey…
I started as a 16-year-old in international films in Delhi. I was the photocopy girl, keeping stock of all the stationery in the office. Then I interned with Pan Nalin. I always had people skills, and the zest to make things happen, but I learnt a lot on that job. More projects followed and after a few years I became a Line Producer. With confidence came courage and I took the big leap of faith. I raised money and moved to Mumbai to be a producer at the age of 21. My first film as a producer was Say Salaam India. Soon, I started my own company Sikhya Entertainment and co-produced Dasvidaniya. In 2008, I had a huge personal tragedy and I lost both my parents. Being the only child, I had to wrap our lives in Delhi and move to Mumbai lock stock and barrel. I took up a job at Balaji Motion Pictures as a supervising producer, I was then hired as the CEO at Anurag Kashyap Films in 2009. In the span of five years, I produced films like That Girl in Yellow boots, Gangs of Wasseypur 1 and 2 , Shaitan, Aiyyaa, Michael, Tasher Desh, Shahid, Trishna, Monsoon Shootout to name a few.
I travelled with these films to international festivals and film markets, and got to network and expand my horizons. I was able to learn more about the treaties India had signed with various countries for co-production of films. Even though the India-France treaty was signed in 1985, I was the first one to use it for The Lunchbox and then Masaan.
As AKFPL shut operations in 2013, I came back to running Sikhya Entertainment with The Lunchbox and followed by Masaan, Zubaan, Haraamkhor, Peddlers, Tigers, What will People Say, Ashram, Sorrarai Pottru and Pagglait. I now run my own production company with an incredible team led by my producing partner Achin Jain.
Sikhya means to keep learning and growing and that describes me the best. It’s important to understand the process and the business in and out, but the key is to show up with a smile every morning and keep sailing through, no matter how high or low the tide is.

“Sikhya means to keep learning and growing and that describes me the best. It’s important to understand the process and the business in and out, but the key is to show up with a smile every morning and keep sailing through, no matter how high or low the tide is.”

At a time when BO buzz was all about films entering 100 crore – 300 crore clubs, what was the thought process behind backing game-changing films like Gangs of Wasseypur?
Gangs of Wasseypur was ahead of its time and will remain a cult classic of Indian cinema for years to come. It was the unique vision of Anurag Kashyap that made the film that it is today. I strongly believe in the power of story and the vision of the maker, but at the time a film’s success was measured by its Box Office and GOW was obviously offbeat.

Today commercial cinema is being redefined and content is gaining prominence. What would you attribute this paradigm shift among audience?
I think we lay a lot of importance on dividing content and commercial films. It’s all part of the business cycle. We need big ticket releases as much as we need smaller films which continue to work on calculated risks. Like any other industry, this is also a demand and supply driven business. We will continue to see all kinds of films as long as there is an audience for it. It is equally true that with democratisation of content and easy access to both regional and world cinema, Indian audience is sampling much more diverse content than before. The shift is reflective in their choices too. As makers, it has to be our constant goal to make not just what sells, but also resonates with the ethos of the audience and in our case, also move a needle when it comes to impacting the viewer.
I do feel we have witnessed a change with Indian cinema coming of age. For instance, there was a time when going to film festivals was considered as a taboo, today it adds validation to the content and is considered cool and celebrated. 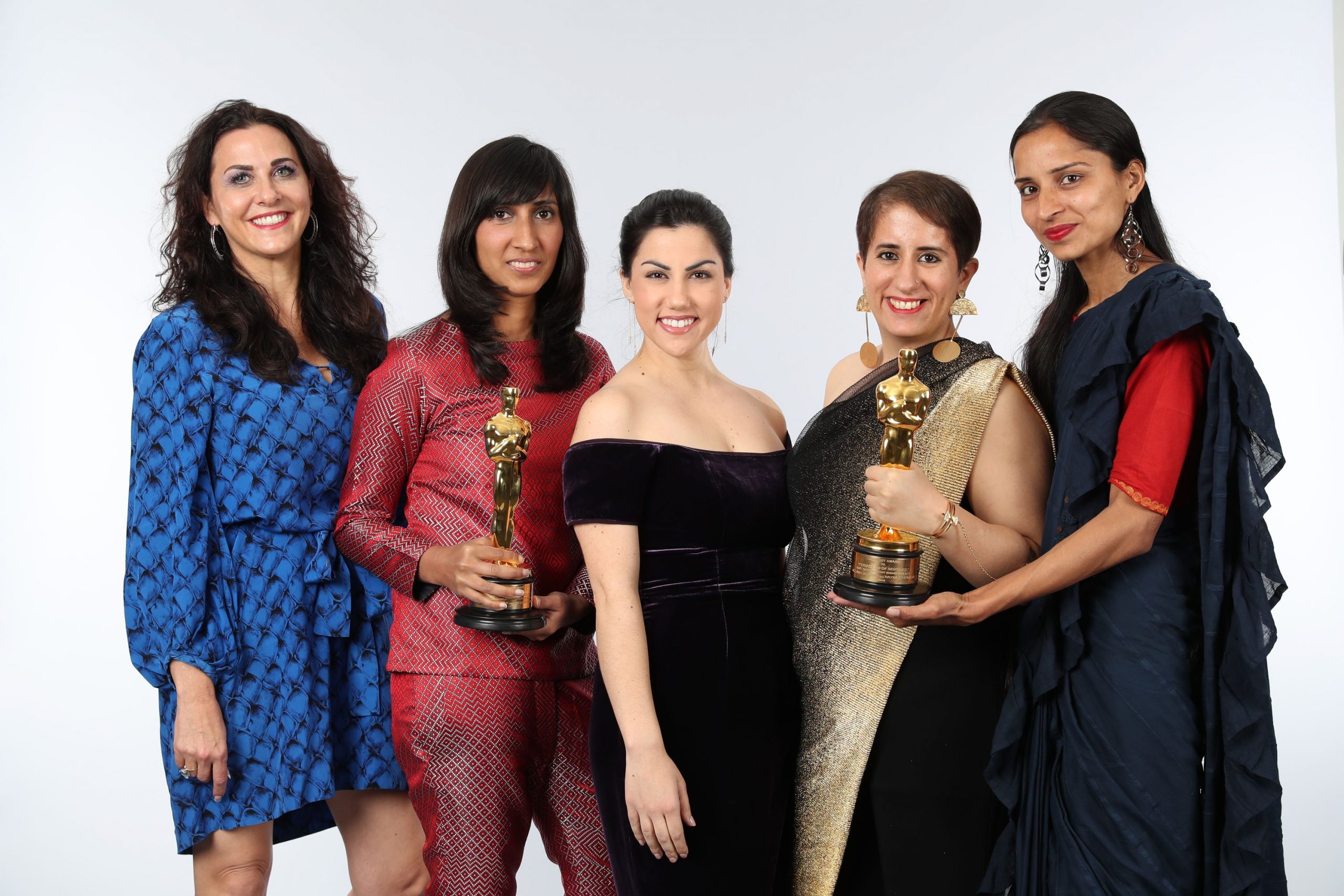 In today’s world of OTT do you see your films becoming all the more relevant?
It took years, multiple projects navigating through failures and success gaining invaluable lessons at every turn to acquire the recognition that we have today. There was always a hunger for content, OTT has forced to open new markets providing platforms to not just filmmakers but also actors, writers in order to expand their base. 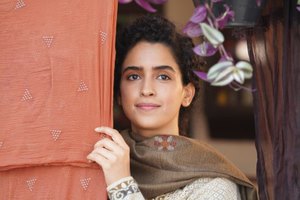 Which of your films are closest to your heart?
Pagglait came from an extremely personal space. As we say it in the film too – it was driven by divine will and I am extremely grateful for it. Making this film happen was cathartic for me.
Losing family at a young age, I deeply connect with the story and each day I feel humbled that we could put it out the way we did. Pagglait resonated with people who needed to heal and rediscover themselves. As a filmmaker, what more could one dream of. I’m humbled beyond words. 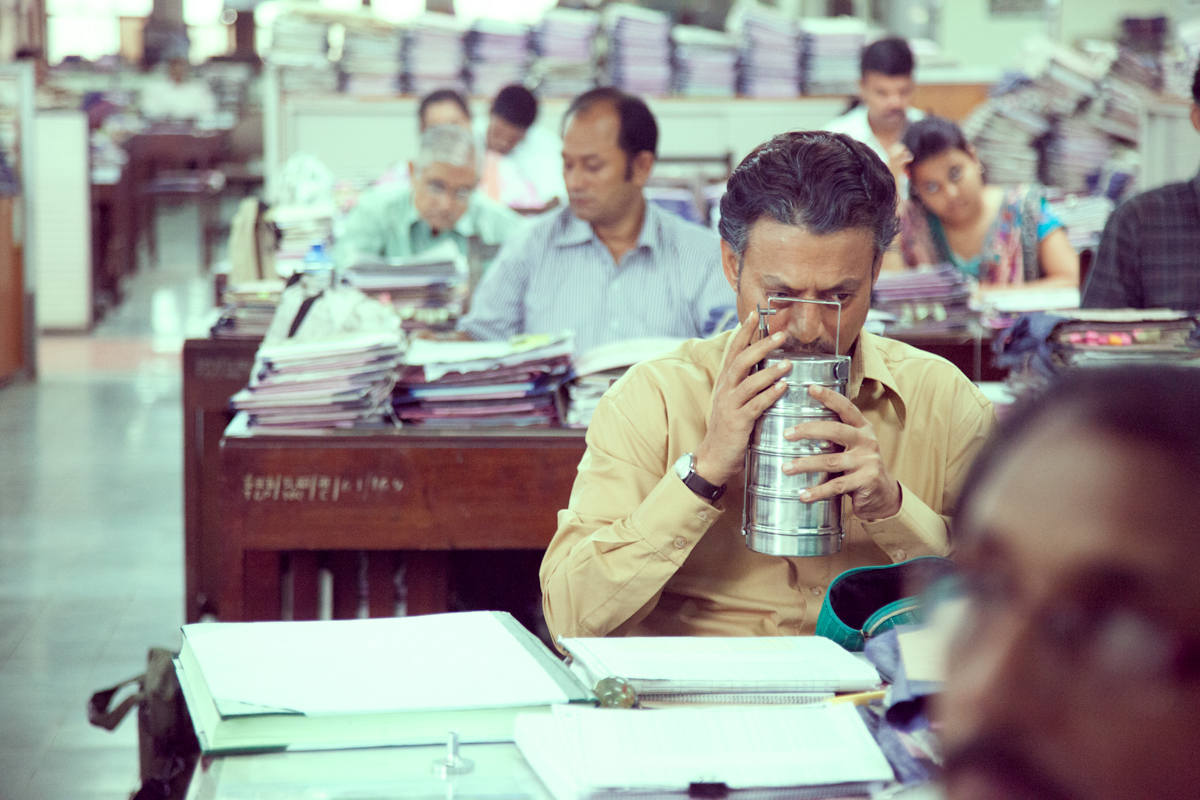 What are the milestones in your journey?
Every project has taught me something, the successes have taught me gratitude and the failures drove me to strive better. I believe in learning and every assignment that I worked on and has added to my knowledge and abilities is a milestone for me. I learnt everything that I know on the job, making each film piece of my heart. If I have to point fingers at a select few, I would say the thunderous applause with a standing ovation at the Cannes film festival for The Lunchbox echoes in my mind even today. The journey of a short documentary film Period. End of Sentence all the way till the Oscars has been very dear. And now Pagglait. 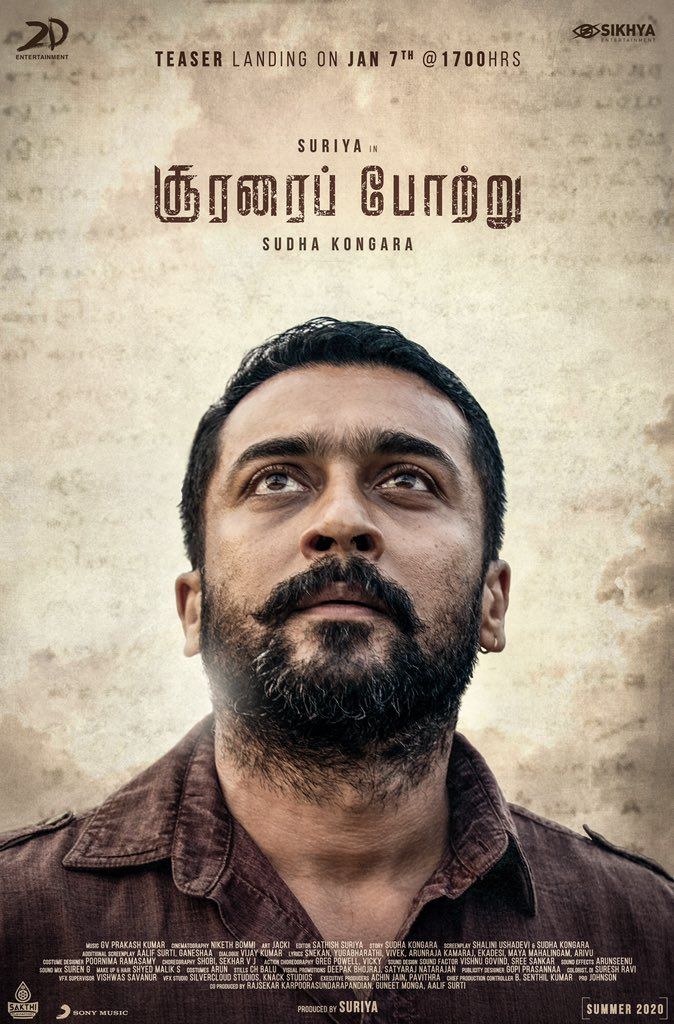 A BAFTA nominee, and being amongst the first producers from India to be inducted in the Academy of Motion Picture Arts and Sciences, to your most recent honour, how important are these recognitions?
Achievements and awards are always special, they sort of validate the hard work and dedication we exhibit into our work and encourage us to live up to the expectations the honours confer upon us. The Chevalier dans I’Ordre des Arts et des Lettres (Knight of the Order of Arts and Letters) was a pleasant surprise for me, I grew up watching French movies, and then to be recognised by the same country is an honour. It fills me up with humility as well as inspires me to roll up my sleeve and continue to do more and better!

'Dubai Return,' shot in 2005, sees a YouTube release and kindles memory of Irrfan

‘Love,’ is a futuristic take on George Bernard Shaw’s ‘Pygmalion’