In an all-new avatar, the soulful singer Shaan is back with Sniper portraying a stylish and suave gangster. In his latest single that released on November 11, Shaan is a slick don with the beautiful Sonali Raut in the music video.

The video had been shot in Goa pre-lockdown and has all the elements that a popular party destination is famous for. The video has managed to capture the essence of glamour and intrigue perfectly and is the perfect song for the upcoming party season.

Sonali, who is working with Shaan for the first time spoke about her experience, “It was super fun working with Shaan. I’ve known him for a few years, we have a common friend, but this was my first time working with him. I thought the video would be a romantic one since it was with Shaan, but instead, it was this sexy glamorous video where Shaan plays a don with bodyguards and guns! When I saw him he had six-packs and a great physique, he looked very young. I had never seen him before in that avatar and it was a lot of fun to shoot the video.” 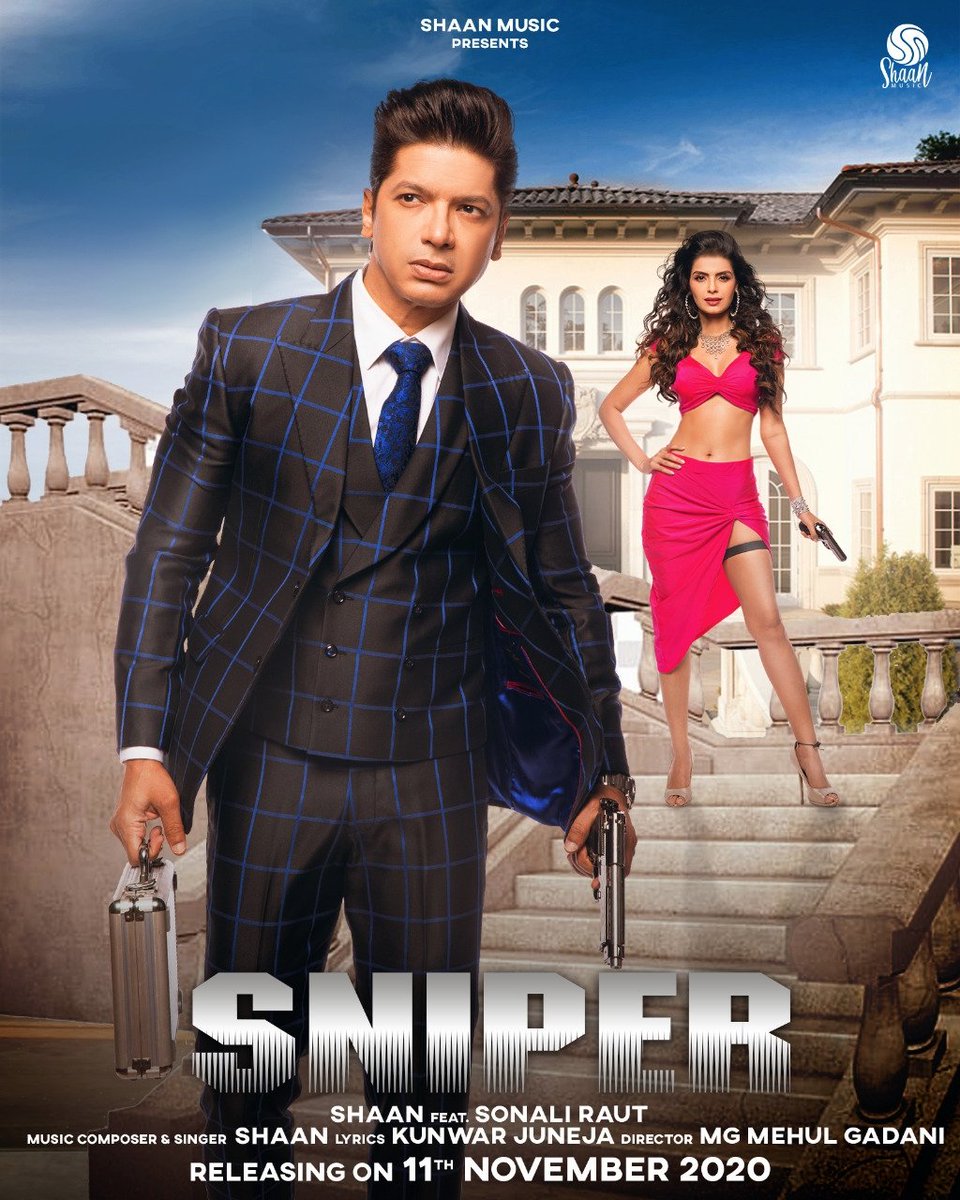 Shaan who is primarily known for romantic and soulful numbers wanted to do something ‘out of the box’ with Sniper and the new look and feel to the track is his way of breaking the mold of the stereotypical romance king that is expected of him.

Commenting on the same, Shaan says “The track has a new-age club feel, a party starter and the lingo though frivolous, is very youthful and quirky. The storyline for the video was decided and Mehul (Director) pushed me into playing the part… saying that it would be something different from my previous looks and videos… And hey, I am 48, and I thought abhi nahi toh kabhi nahi. Though I admit I was a little apprehensive initially, (what with all the bikini-clad models around me) but what the heck… it’s a ‘Gangsta Pool Party’ and also, as I look around me, the world has moved on… and I should too,”

Sonali in this context added,” I initially thought it was going to be a romantic song as it was with Shaan but then it was all glamorous and sexy and shot in beautiful locations in Goa, but it gives a Dubai feel and the album has a very interesting and mysterious concept and I hope the audience bestows their love to this work and loves the track.”

The track has a new-age club feel to it and is the perfect party starter. Sniper has all the makings of a perfect year-end chartbuster.

Check out the video here: https://youtu.be/gzV4S6QEK2Q