Director Ajay Bhupathi who made an impressive debut with RX 100 is back with Maha Samudram and buzz is that the film’s characters are just as impactful. The makers today (April 12) unveiled the first look poster of their upcoming film’s leading lady, Aditi Rao Hydari. Her character’s name is Maha and the first look poster has her looking teary-eyed and deep in thought. 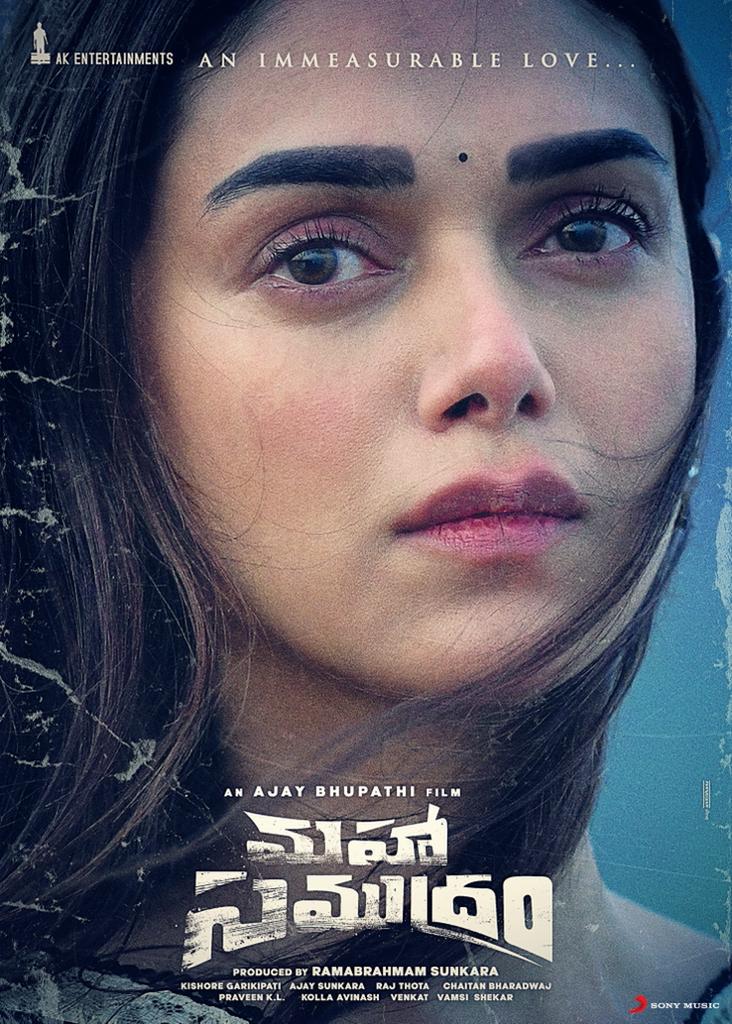 Tipped to be an intense love and action drama, Sunkara Ramabrahmam bankrolls the film under AK Entertainments banner. Raj Thota is the DoP, the music has been composed by Chaitan Bharadwaj and the editor is Praveen KL. Kolla Avinash is the production designer.

Nani’s Shyam Singha Roy final schedule to be shot at a massive set worth THIS!