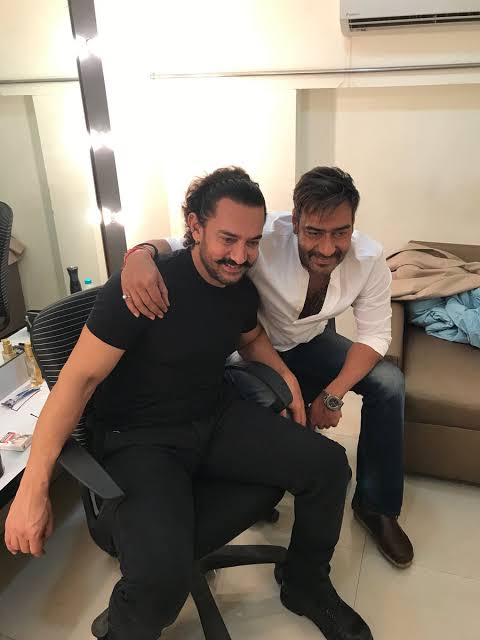 Ajay Devgn wished Aamir Khan on his birthday with this throwback photo. Two hero projects were all the rage back Ishq (1997) brought them together. It was directed by Indra Kumar and starred Aamir Khan, Ajay Devgn, Juhi Chawla and Kajol, while  Dalip Tahil, Sadashiv Amrapurkar, Johnny Lever and Mohan Joshi appeared in supporting roles. The film was the third highest-grossing Hindi film of 1997, after Dil To Pagal Hai and Border, with a worldwide gross of ₹505 million. The Kannada remake of the film, Snehana Preethina, was released in 2007. 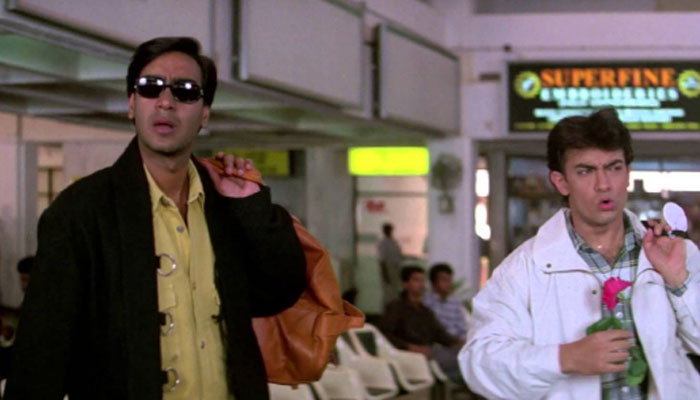 Devgn and Aamir worked together in Ishq and struck a friendship ever since. On Aamir’s last birthday, Ajay tweeted saying “Aamir you are Kajol & my lucky mascot. Happy returns of today.” Aamir Khan will be soon seen in the Indian remake of Forrest Gump titled Laal Singh Chaddha.