The Bollywood star resumes work after a period of isolation, thanks her well-wishers for their concern

Alia Bhatt has finally put an end to all the speculation surrounding her health the past few days. The actress revealed that she has tested negative for Covid and is resuming work.

Check out the statement issued by the young star: 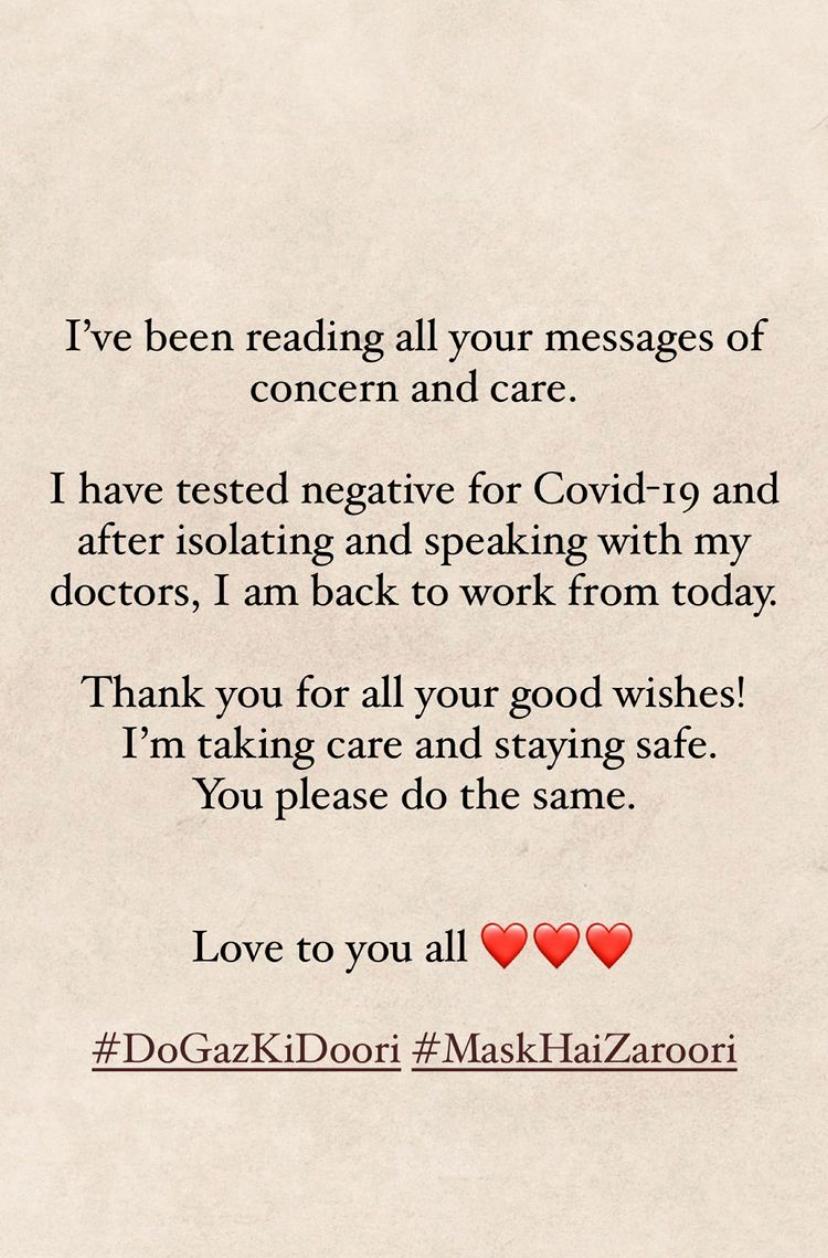 On the work front, Alia Bhatt has a busy year ahead with two big releases coming up. There is Karan Johar’s Ayan Mukherjee-directed Brahmastra that sees her pair up with Ranbir Kapoor on screen for the first time. The epic-fantasy thriller also stars megastar Amitabh Bachchan, South superstar Nagarjuna and Mouni Roy. Post this, Alia also has Sanjay Leela Bhansali’s much-talked about Gangubai Kathiawadi that also stars Ajay Devgn and boasts a cameo by Ranveer Singh. The actress who has recently launched her own production house is also doing Darlings with Shefali Shah which will be bankrolled by Shah Rukh Khan’s Red Chillies. Besides, she will also be seen in SS Rajamouli’s RRR starring Ram Charan and NT Rama Rao Jr.

Free PCR Tests and results in 90 mins in Abu Dhabi