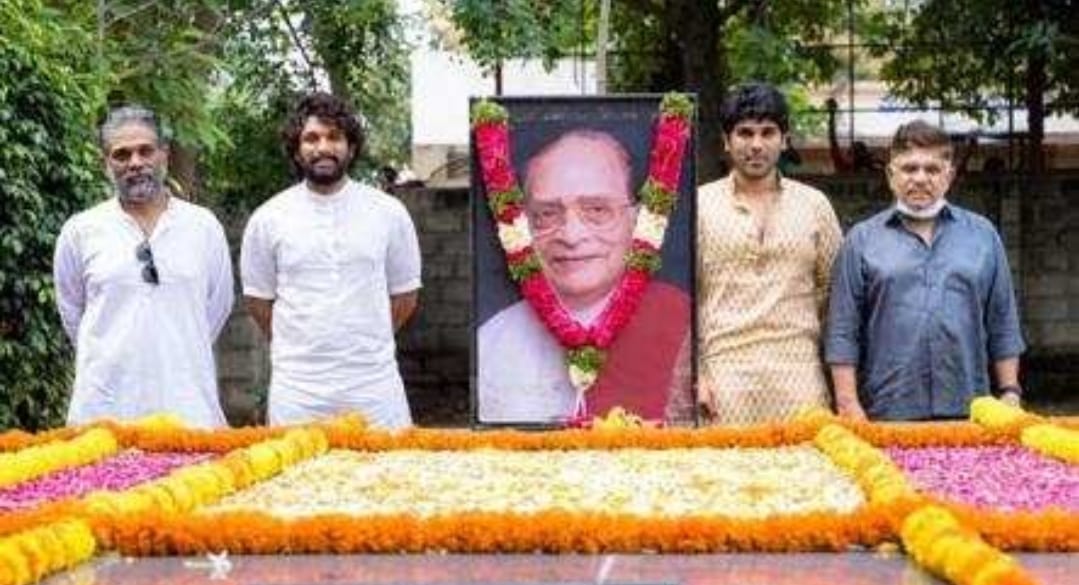 The actor announced that work has commenced on ‘Allu Studio’ in Hyderabad, which is being constructed in memory of his grandfather, the late Telugu actor. A note shared by Allu read, “1st of October marks the 99th birth anniversary of our beloved Sri Allu Ramalingiah. To commemorate the occasion and honour his memory, the Allu family has inaugurated the construction work of Allu Studios. Our entire family has loved cinema and it makes us very happy to celebrate the legacy of our grandfather. We proudly dedicate Allu Studios to his loving memory.”

Meanwhile, Allu will soon start shooting for his new film Pushpa. Directed by Sukumar, the film will mark Allu’s entry into pan-India territory, as it’s slated to release in five languages. The actor was last seen in the blockbuster Ala Vaikunthapuramlo that grossed over Rs 200 crore at the Box Office. Also starring Pooja Hegde and Nivetha Pethuraj, the film marked Bollywood actress Tabu’s return to Telugu films after two decades.

NO TIME TO DIE: The release of Daniel Craig-starrer James Bond movie has been postponed to next year