You made your web-series debut with Special OPS that also happens to be Neeraj Pandey’s digital debut, who you started your career with in 2015?

Yes, I am grateful to be working with him again. In Baby, I played a doctor who just had to put a tape on Akshay Kumar’s belly. Even for such a small part, I had to grow my beard so that I don’t look young. I lost several commercials because of that (laughs). This time, Neeraj Pandey called me to his office and told me that he was doing a web show. He asked me to audition for it and said there was no script at that point. So, he asked me to write a script in any language and audition with that. That’s how I landed it. We trained with Cyril Raffaelli for it a day before the shoot. He was also the action director for Baby.

You have played a terrorist yet again?

I wish to do different roles. But even in similar roles, I try not to be same at all. I want to live my dream, which is Bollywood. That’s my main goal. People remember the character. And more important is working with big names. When I met Neeraj Sir, I didn’t know anything about my role, how big or small it was. I just wanted to work with him. That’s all. It’s a blessing that I got an important role.

Tell us about your early days in Sharjah and your interest in Indian cinema?

I was born in Iran and then my family moved to Sharjah. I come from a family that is not too much into cinema. I lived in Old Sharjah, which has a sizeable Indian community. That is how I learnt the Hindi I know.  But my passion for Bollywood cinema begins from there. I watched Sholay in Iran and it was a massive hit there. Then I got hooked on to all of Mr Amitabh Bachchan’s movies.  I watched Coolie, Shahehshah and Khuda Gawah. In fact, Khuda Gawah is my favourite film.

Did you train to be an actor?

I have done quite a few odd jobs. I have worked as a waiter in restaurants, have done jobs without any titles, I have been a watch salesman, have been part of the marketing department of a construction company and finally became a public relations manager of a company at the age of 26.  I was doing well but I wasn’t happy. My heart was in acting.  And then I did my first short film Orphanage directed by Mohammed al Utaiba of Image Nation Abu Dhabi. It was a horror film but it gave me several opportunities. I did quite a few television series – Kuwaiti and Emirati. But I couldn’t find myself in them and returned back to films. I can speak five languages that include various dialects of Arabic, Farsi, Turkish, English and Hindi.

How did Mumbai happen?

After my experiences with the other industries, my resolve to work in Bollywood was further strengthened. In 2014 I left for Mumbai to try my luck but couldn’t get anything. But later the same year, I got Baby. It strengthened my resolve that it is possible for me to work in Bollywood.  In 2015, I got busy with various projects in Dubai with English/Turkish films. In 2016, all films were disappointing and I resolved to work harder. I kept watching Hindi films I also started writing/directing my own film Dreamer. While I was in post- production, I got the call – the magic call!

No, I was numbed to silence. The call came from Shannu Sharma of Yashraj. She told me that they were looking for a specific actor and that she had liked the audition tape I had sent her. I told myself – this is my role and no one can take it from me. In my head, I had no choice. I stopped everything and worked on my look and lines. I knew that I didn’t have that look but I slipped into character. The casting took two-and-a-half months and I had to reach that level of calmness that Abu Usman expresses. He is a good listener and speaks little, but is a cold-blooded killer. When the phone call came, I sat on the sofa with no reaction. This was the time to work and sow. I had to show that I was the best choice. I was very very calm just like Abu Usman (laughs).

How did your family react to the film?

My family is from the countryside. They knew more about the success of the film than the film itself. So, they are happy. The people from my family who saw the film believed that the character wasn’t me. Half of my family is in Iran and the other half is in Dubai.  I love the kids in my family – my nieces and nephews. In fact, one of the most challenging scenes in the film for me was to work on the scenes that involved the kid I am about to kill. It wasn’t easy for me. 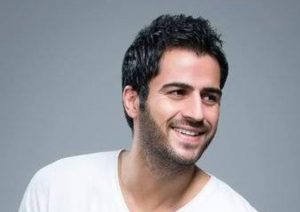 You are one of those rare people who enjoy cooking?

I believe I cook well. I love cooking for my family and friends and love large gatherings of people. Though I hate to clean up after that. In Mumbai too, if I get a friend’s kitchen to cook, I usually do the cooking. I love Indian food and love to make kheema rolls. But I always add the Sajjad touch to the food I make. Also, I love cheese. I can have cheese with anything.

Which are your favourite haunts in Dubai?

It has to be an area that is marked by its food. So, it is the entire Jumeriah area for me. Whenever I am in Dubai, I visit Jumeirah for its many restaurants and fabulous eating joints!

Recording the international anthem ‘We Will Rise’ was an emotional experience, reveals Suneeta Rao