The much-awaited ZEE5 Original Film Raat Baaki Hai starring Paoli Dam, Anup Soni, Rahul Dev, Dipannita Sharma and Akash Dahiya releases on 16th April. The film is a remake of the popular play Ballygunge-1990, and has been directed by Avinash Das and produced by Samar Khan of Juggernaut Productions. It revolves around a fateful meeting between two ex-lovers under strange circumstances: one of them fleeing from the law for being a murder suspect.

Mai Hero Boll Raha Hu starring Parth Samanth, Patralekha and late Asif Basra is set to release on 20th April. Taking the viewers through Nawab’s rise as an underworld don in the late 1980s and 1990s, the intriguing drama documents how an amazing friendship and mentorship quickly turns sour when Nawab outperforms his mentor Lala. Next in line is His Story, starring Satyadeep Misra, Priyamani and Mrinal Dutt in lead roles. The Hindi series premiers on 25th April.

Tamil Original Film Mathil revolves around Laxmikanthan, a common man, who fights against a politician who usurps the wall of his dream house for an election campaign. Starring Mime Gopi and KS Ravikumar, Mathil is releasing on 14th April 2021(Puthandu, the Tamil New Year), viewers can catch the trailer of Mathil. 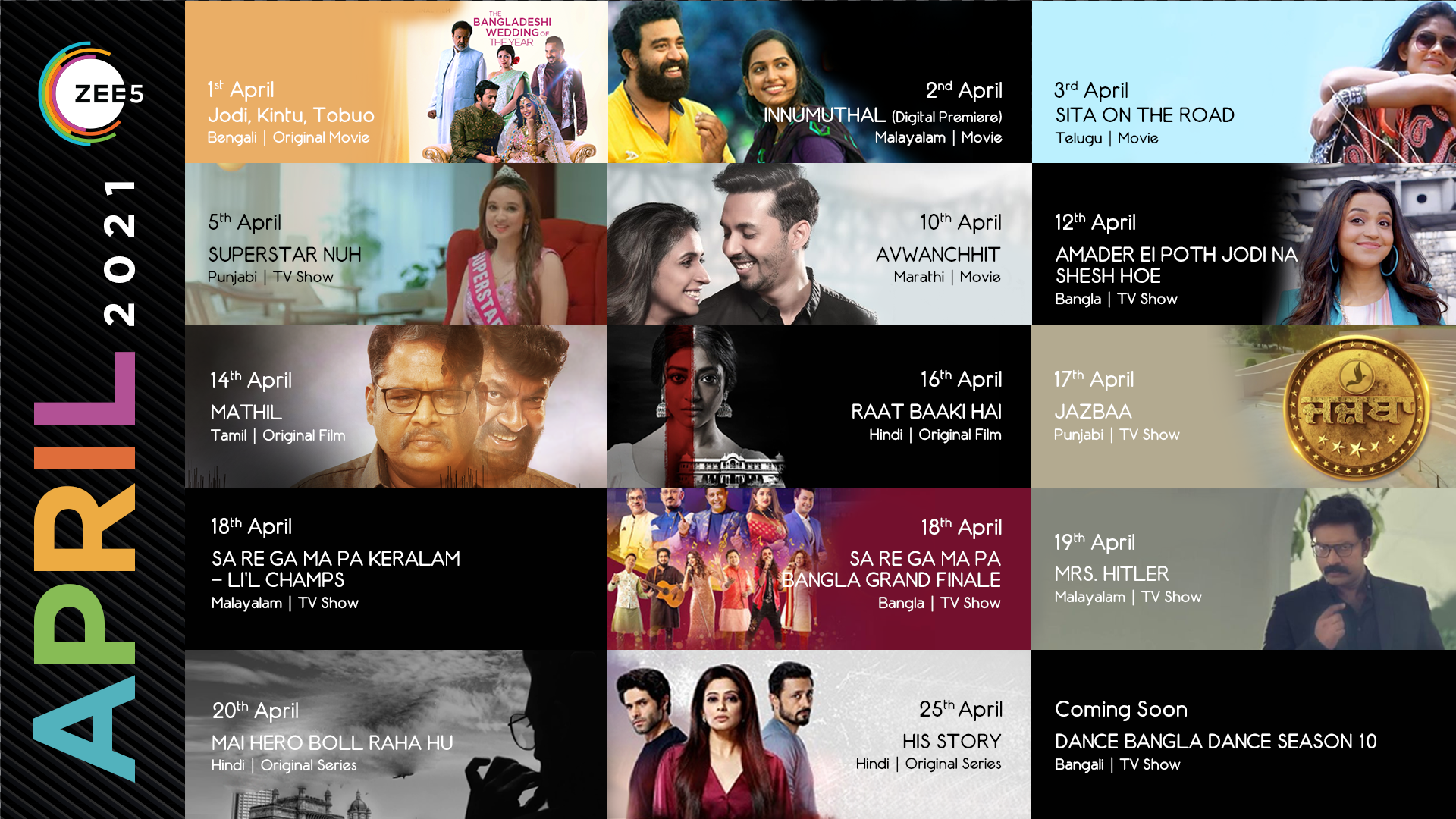 Viewers can also enjoy a special Ramadan curation from 12th April onwards with a variety of delectable festive recipes from celebrity chefs Kunal Kapoor, Sakshi Batra and others. Furthermore, the platform will stream some of the most loved family movies, TV shows and Originals for audiences across markets. From Shabana Azmi’s Mee Raqsam to primetime legacy shows Razia Sultan, Jodha Akbar and popular originals including Daawat-e-Biryani, Jaadu Kadai and more.

For Tamil viewers, the platform is set to celebrate the grand success of Yaradi nee Mohini and Poove Poochudava crossing a landmark 1,000 episodes – the first ever shows to do so, with Vetri Vizha on 11th April.

Did Waheeda Rehman and Dharmendra have a crush on each other? Click here to know more!