Kalki Koechlin who celebrates her birthday today is basking in the success of her Tamil web-series Love Panna Uttranum which is part of Paava Kadhaigal. Born in Pondicherry and fluent with Tamil, she states that “There aren’t too many vellaikaara [white] actors who can speak Tamil, so it was hard to turn down a role that fit me so perfectly,”  She plays Penelope, one of the protagonists in Vignesh Shivan’s Love Panna Uttranum, alongside Anjali (Kattradhu Thamizh, Nishabdham). The story revolves around caste-based honour killings inspired by real-life incidents. Shivan — known for his humorous take in films like Naanum Rowdydhaan and Thaanaa Serndha Koottam

However, it took over a decade for Koechlin — to even get a cameo in a Tamil film. It was in 2019’s Nerkonda Paarvai. 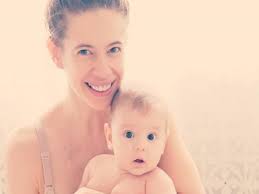 In the series, she also gets a chance to add to her repertoire of Tamil cuss words! Quite the linguistic contrast to the sweet Tamil lullaby we heard her sing to her daughter Sappho on her Instagram a few weeks ago.

Love Panna Uttranum chronicles the story of a political leader’s daughter, who falls in love with someone outside her caste. It also stars Anjali and Padam Kumar.

The actor said though the stories are set in the backdrop of honour killing, she was fascinated by the approach Shivan took to present the story on-screen. “I expected something serious but found myself laughing in the middle of the narration. I realised it’s such a unique way to interpret something like this, without trivialising it.”

"Keep Going ; has been my Life Mantra ," says Hrithik Roshan who turns 47 today!