Priyanka Chopra Jonas, who celebrates her birthday today, is truly a global icon in every sense of the word. Straddling both Hollywood and Bollywood with great elan and panache, the star has proven that the world truly is her oyster. While there’s no denying her prowess when it comes to her acting chops (she has enough national and international awards on her mantle to prove that) Priyanka has demonstrated time and again that there’s much more to her than just being a critically-acclaimed actress.

A former beauty queen, she has been on some of the most celebrated talk shows, is an internationally renowned singer, a successful producer, a fashion icon and a red-carpet stunner on some of the most prestigious international events, but above it all she’s been actively involved with several noble causes and social issues. Married to global sensation Nick Jonas, the two are a dream couple to watch and set couple goals each time they are seen together. And as PeeCee celebrates her birthday today, here’s looking at some of the most iconic moments defining her celeb life since being crowned Miss World:

It was in 2000 that Priyanka Chopra was crowned Miss World and as it usually does, soon Bollywood came beckoning. The actress made her debut on the big screen in 2003 with The Hero: Love Story of a Spy. A few downs and several ups later, the actress soon cemented her position in the A-league, winning National and five Filmfare Awards. While the desi girl stunned with her looks and won hearts in films like Dostana, Don, and Krrish, she won critical acclaim wowing audience, industry and critics alike with her sterling performances in meatier roles in films like Fashion, Saat Khoon Maaf, Barfi!, Kaminey, Mary Kom, Bajirao Mastani and more recently The Sky is Pink. Balancing glamour and substance, the actress rules the roost as one of the top Bollywood actresses.

While Priyanka always flirted with singing, and had even recorded a number in her first film down South in 2002, she released her first single ‘In My City’ internationally in 2012 after being signed on by a Los Angeles-based entertainment agency. The hit song featured the rapper will.i.am. Another single ‘Exotic’ featuring Pitbull followed in 2013 that reigned on the music charts. The song’s massive success saw PeeCee release her third single, ‘I Can’t Make you Love Me’ in 2014 which was a cover of Bonnie Raitt’s song.

She then went on to playback for a couple of songs in Bollywood as well, debuting with ‘Chaoro’ in Mary Kom (2014) and then a duet with Farhan Akhtar in Dil Dhadakne Do (2015). She made her Marathi singing debut with ‘Baba’ for her maiden production Ventilator (2016). She then collaborated with DJ Will Sparks for the song ‘Young and Free’ in 2017. She also features in husband Nick Jonas’ hit songs.

While on top in Bollywood, the actress made a switch to the West with the American thriller series Quantico (2015-18) playing the lead Alex Parrish. She then did the hugely popular Dwayne Johnson-starrer Baywatch starring as an antagonist Victoria Leeds. This was followed by some interesting roles in films like A Kid like Jake (2018) and Isn’t it Romantic (2019). She even lent her voice in the Disney flick Planes. More than just hobnobbing with the stars there, Priyanka has carved her own niche and continues to do so on her own terms.

The actress enjoys a humongous fan-following translating into millions of followers on her Instagram and other social accounts. She also commands coveted invitations to numerous international power-platforms as a guest speaker.

Be it presenting the Academy Awards at the prestigious Oscars or radiating elegance on the red carpet of the Golden Globe Awards or Emmy Awards or attracting attention for her sartorial Met Gala appearances, there’s no ignoring PeeCee at some of the most celebrated international events. A head-turner, fashionistas may give her style statements a thumbs up or not, but there’s no denying that she is one of the most looked forward to faces on the fashion front.

Priyanka always admitted to wanting a fairy-tale wedding and that’s exactly what her wedding with pop icon Nick Jonas was. A beautiful Palace affair in Jodhpur, Rajasthan, the December 2018 wedding was befitting royalty and even had the fashion world step back and watch in awe as she walked down steps of the Umaid Bhawan Palace looking stunning draped in the 75-foot tulle veil and a wedding gown by Ralph Lauren. Nick and PeeCee do make an adorable couple too with no dearth of PDA whether it’s at award events, their regular outings in NY or family vacays.

As brave as Priyanka is when it comes to choosing her roles, she proved that she is even more courageous as a producer. Rather than following the beaten path and playing safe by producing tried and tested formula films, in true PeeCee style she chose to do something different and stepped into the world of regional cinema. And with her knack for good content, she hit jackpot with her very first Marathi film Ventilator.

From Jimmy Fallon to Ellen Degeneres – Priyanka has made it to almost every top talk show internationally and done multiple rounds at that. Her wit and sass apart, her confidence wins the show and the host! 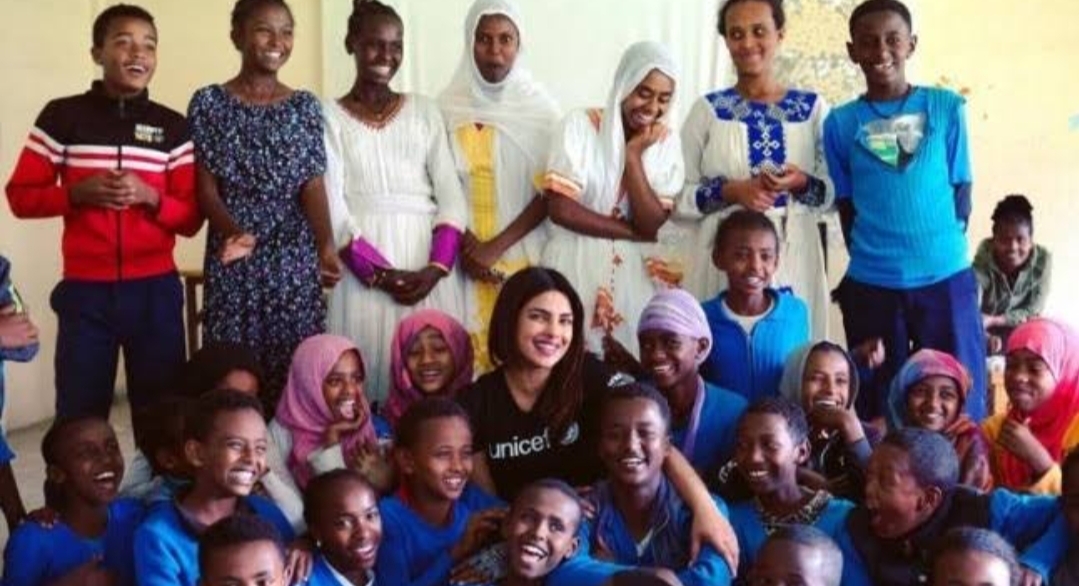 Pages of a Philanthropist!

Priyanka has always been vocal about several social issues including women empowerment, child’s rights, gender equality, and providing health services and education to the underprivileged sections of the society. Over the years, she has worked closely with several NGOs and charitable organisations. She was even appointed the national UNICEF Goodwill Ambassador for Child Rights in 2010, a role that she took on very committedly. Through her organisation, ‘The Priyanka Chopra Foundation for Health and Education’, she works towards providing health and educational support to unprivileged children. 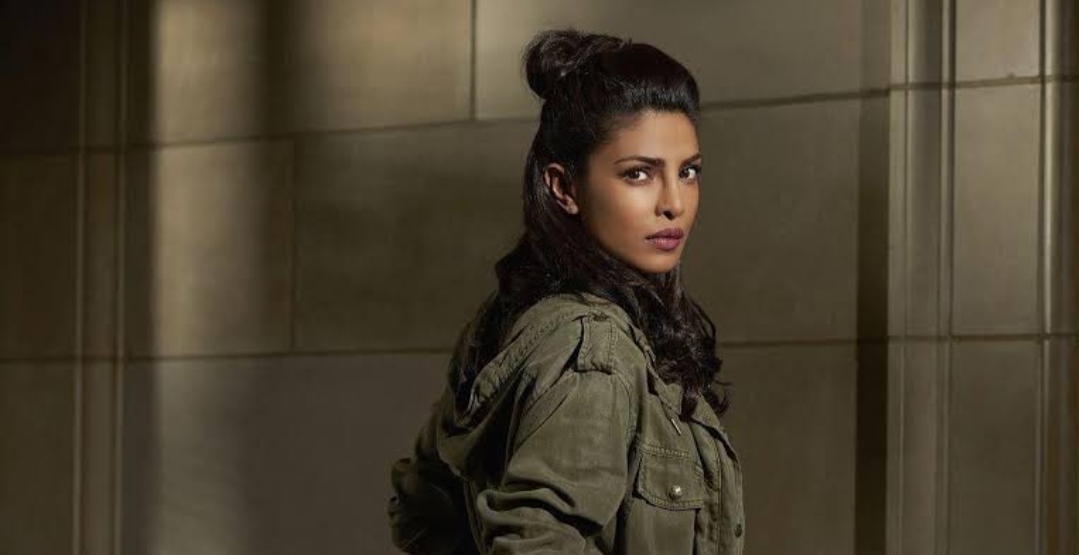 The actress has recently been signed on for the Keanu Reeves-starrer The Matrix 4. Besides, this, the actress has her kitty full of international projects including, two Netflix films – an adaptation of the novel The White Tiger and Robert Rodriguez’ superhero film, We Can Be Heroes. She will also be seen play the controversial spiritual guru, Ma Anand Sheela in her Amazon production, Barry Levinson’s Sheela. Priyanka will then be seen in the thriller web-series Citadel alongside Richard Madden, as well as playing lawyer Vanita Gupta in the courtroom drama Tulia inspired by the actual racial injustice Tulia case and adapted from the book Tulia: Race, Cocaine, and Corruption (2005). She is also likely to star in a comedy about an Indian-American wedding.

Let the lips do the talking!