Ram Charan took to his social media to send out special birthday greetings to his father, megastar Chiranjeevi. The actor shared a few moments from the sets of their upcoming film, Acharya and captioned: “Unforgettable Moments in life with whom I call Appa! My #Acharya… Happy Birthday! @KChirutweets”

Although the father and son duo have appeared in cameos in each other’s films, it is for the first time, they are going to be seen together in full-fledged roles in Acharya.

The movie is produced by Konidela Production Company along with Matinee Entertainments. Koratala Siva is the director of the film, while Kajal Aggarwal, Pooja Hegde and Sonu Sood are playing prominent roles. 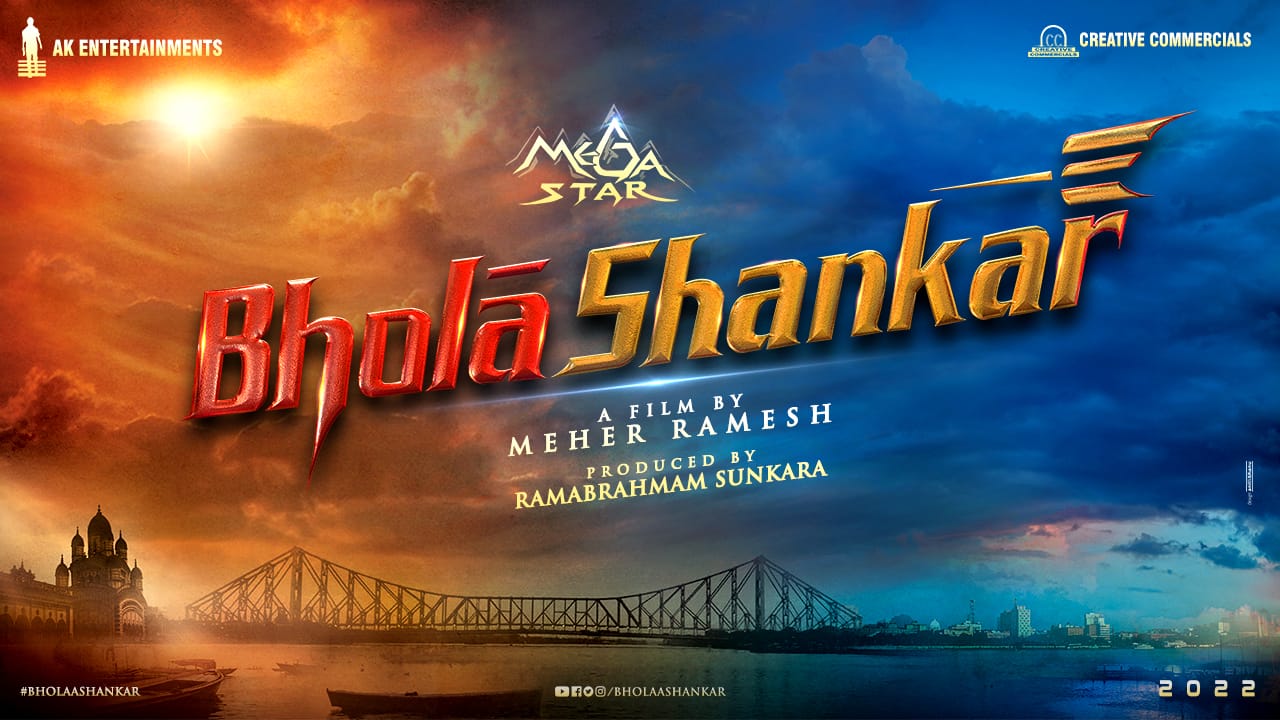 Meanwhile, South star Chiranjeevi and director Meher Ramesh known for his stylized filmmaking are collaborating for the first time for a film to be produced by Ramabrahmam Sunkara. Announcing the new film on the senior star’s birthday today (August 22) South star Mahesh Babu unveiled the title with the poster of the movie, Bholaa Shankar! Mahesh Babu tweeted, “Happy birthday @KChiruTweets garu🤗 Honoured to be unveiling the title of your film! #BholaaShankar, under the directorial skills of my good friend @MeherRamesh and my favourite producer @AnilSunkara1 garu. May the year ahead bring you great health and success. All the best sir!”

The makers also unveiled the motion poster of the film that has background music scored by Mahati Swara Sagar.

In fact, not just Chiranjeevi’s birthday, today is also Raksha Bandhan and on the eve, co-star Keerthy Suresh tied rakhi to the actor who also plays her brother on screen in the film, which is set in the backdrop of Kolkata. She shared, “Chellellandari Raksha Bandham… Abhimanulandari Athma Bandham… Mana Andari Annayya Janma Dinam… Happy Birthday Annayya…”

This brother – sister bonding is going to be one of the major highlights of the film. In fact, their chemistry in the video tells the kind of bonding they are going to share on screen.

Director Meher Ramesh is known for making stylish and commercial entertainers and Bholaa Shankar is going to be a stylish action thriller laced with family emotions.

Anil Sunkara’s AK Entertainments will be producing the film, in association with Creative Commercials. The shooting of Bholaa Shankar will commence soon, and it will release in theatres in 2022.

Meanwhile, Chiranjeevi’s vintage look for his new film was also released. Chiranjeevi’s 154th film under the direction of Bobby was announced officially with a picture that hinted the film’s story is set in the backdrop of sea.

The actor’s look in the poster reminds us of his vintage look in Mutha Mestri, Gharana Mogudu, Rowdy Alludu, etc.

A die-hard fan of Chiranjeevi, Bobby has penned a powerful script for the megastar and it will be made on grand scale by Mythri Movie Makers.

#Mega154 will have music by Rockstar Devi Sri Prasad who provided several chartbuster albums to Chiranjeevi. Naveen Yerneni and Y Ravi Shankar are producing the film, while GK Mohan is the co-producer.

'It was a BIG Yes!' Emraan Hashmi REVEALS his reason of doing Chehre