Rana Daggubati and Sai Pallavi starrer Virata Parvam is a unique and content-driven film where the lead pair will be portrayed in never-seen-before roles. Megastar Chiranjeevi launched the film’s teaser and wished the team all the success. 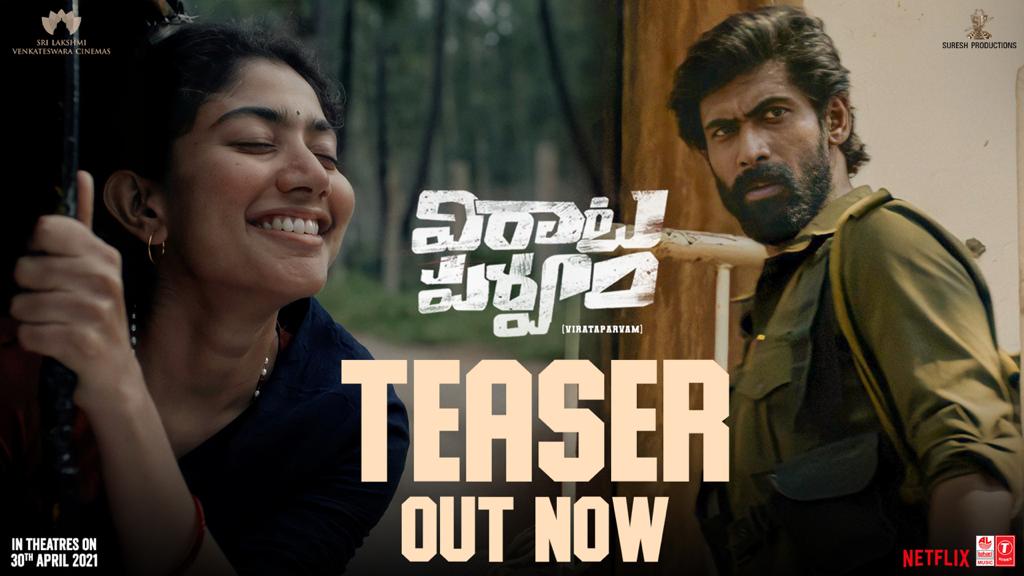 As the story mainly revolves around Sai Pallavi’s role, Rana requested his makers to mention her name first in title credits. Inspired from true events of 1990s, Rana is introduced as Comrade Ravanna who is known by his pen name Aranya.

In the teaser, Rana is seen writing a poetry. “How long to erase the marks of hegemony? How long to uproot the barriers of discrimination? Knocking the bottom out of farmers… landlords prospered,” Rana is seen speaking while he writes.

Spellbound by his revolutionary and inspiring writings, Sai Pallavi who plays the role of Vennela falls in love with him and his poetry. The rustic girl steps into forest in search of her love and she in her journey come across some ruthless humans.

Going by the teaser Virata Parvam is going to narrate a wonderful love story in the backdrop of war. The setup is intriguing and Venu Udugula’s dialogues are thought-provoking. The film is set to release on April 30.

The film is being written and directed by Venu Udugula and produced by Sudhakar Cherukuri.

Rani Mukerji marks 25 years in Bollywood and her birthday with THIS special announcement!

Salman Khan on a jungle safari in Rajashtan