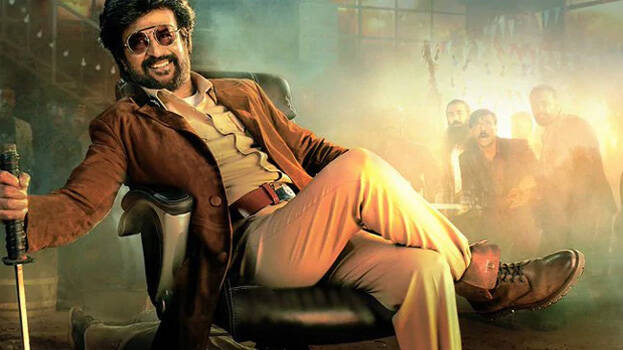 Darbar Contest on Filmfare ME for Superstar Rajinikanth fans

Scroll down to participate in the contest

Darbar is an upcoming 2020 Indian Tamil-language action thriller film written and directed by A. R. Murugadoss, and produced by Allirajah Subaskaran under the banner of Lyca Productions. The film stars Rajinikanth, Nayanthara, Nivetha Thomas, and Sunil Shetty. The music for the film composed by Anirudh Ravichander while cinematography and editing are performed by Santhosh Sivan and Sreekar Prasad, respectively. The film is scheduled to be released on 9 January 2020, coinciding with Thai Pongal.

Answer these questions and win couple passes for the special screening of Superstar Rajinikanth movie Darbar in Dubai arranged by PharsFilm.

Q1. What is real name of Rajnikanth?
Q2. Name the Tamil film Rajinikanth began his film career with?
Q3. When did Rajnikanth receive his first Filmfare Award for Best Tamil Actor for Nallavanuku Nallavan?
Q4. When was Rajinikanth born?
Q5. Rajinikanth is playing good or bad cop in the movie Darbar?

Watch the trailer of the movie Darbar below.

Prev Next
50 Comments
Leave A Reply
Cancel Reply
Subscribe to our newsletter
Sign up here to get the latest news, updates and special offers delivered directly to your inbox.
You can unsubscribe at any time