Ryan Reynolds is all set to return to the big screen in and as Deadpool for the hit franchise’s third installment. And this time he is returning as part of the Marvel Cinematic Universe (MCU) revealed Marvel Studios President Kevin Feige.

As per reports, the studio head honcho confirmed that Deadpool 3 is in the scripting stages, but the fans will have to wait since they will not be filming this year.

Feige also confirmed that the movie will be R-Rated. Reynolds who will reprise his Deadpool role for the third time shared the news on his Instagram handle: 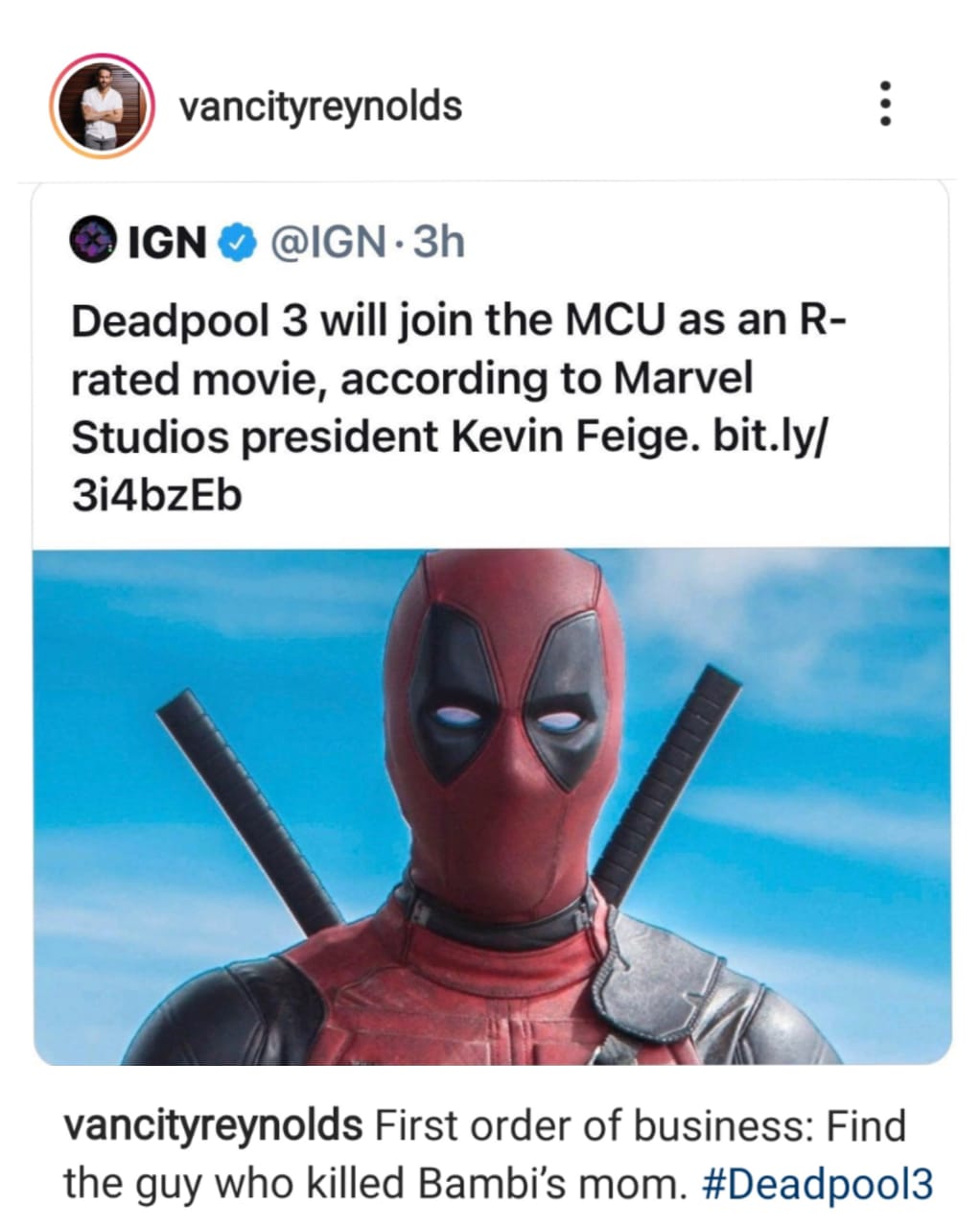 Deadpool was released in 2016, and its equally hit sequel Deadpool 2 followed in 2018.

Ala Vaikunthapurramuloo: THIS is how Allu Arjun – Pooja Hegde celebrated 1 year of their blockbuster comedy

0
Aakanksha Naval-Shetye January 12, 2021
No Comments Yet