Kangana Ranaut and her sister Rangoli Chandel have never been one to shy away from saying what they feel. Recently, Rangoli took to twitter in response to TLLL’s statement on the derogatory and stigmatizing name of Kangana’s upcoming film Mental Hai Kya. 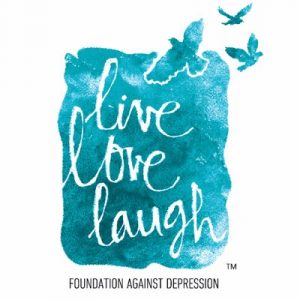 The Live Love Laugh foundation (TLLL) is a non-governmental organization founded by Deepika Padukone, that aims to create awareness about depression and reduce the stigma surrounding mental illness. After the release of the poster of Mental Hai Kya, TLLL made a statement commenting on the derogatory and insensitive nature of the poster, stating that it is time to end the portrayal of people suffering from mental illness with the use of words and imagery that reinforces societal stereotypes.

It is time we put an end to the use of words, imagery and/or the portrayal of persons with mental illness in a way that reinforces stereotypes. (1/2) https://t.co/sZCeIp8eGw

TLLL further cemented the need for responsibility and sensitivity in regards to the issue with a follow up tweet.

Many millions who suffer with mental illness in India already face tremendous stigma. Therefore,it is extremely important to be responsible and sensitive towards the needs of those suffering. (2/2) https://t.co/sZCeIp8eGw

Prior to the tweet, when the film’s poster first hit social media, the filmmakers and the team were at the receiving end of severe backlash from the Indian Psychiatric Society which slammed the film with a notice and calling it out for its derogatory, demanding and stigmatizing title.

In a fiery response, Kangana’s sister Rangoli took to twitter with a chain of tweets defending the actress and the intentions behind the promo of the upcoming film. Rangoli brought attention to Kangana’s responsible nature as a 3 time national award winner and a driver of feminism in India, stating that jumping to conclusions regarding the nature of the film at such an early stage is immature.

She further stated that she would like to hold screenings of Mental Hai Kya for the Deepika’s TLLL foundation.

The tweets did not end here, Rangoli went on to claim that after the film’s release, TLLL will replace Deepika Padukone with Kangana Ranaut as the brand ambassador of the foundation as a result of her sensitive portrayal of mental illnesses in the film, not realizing that Deepika Padukone isn’t just the brand ambassador of the foundation, she is in fact the founder of The Live Love Laugh foundation.

Adding fuel to the flame, Chandel even went on to make a comment about Deepika’s former state of depression attributing it to her former breakup.

Will Deepika Padukone entertain Rangoli with a response? Only time will tell. Keep watching this space for more updates.

A Savoury Comeback by Esha Deol!