A much-loved name on the TV and movie circuit, for popular Pakistani star-producer-singer Asad Siddiqui there’s no greater joy than being around the camera – be it facing it or behind it! And while he continues to wow audience on screen, the actor-singer keen to provide new and upcoming talent a platform to perform has recently launched his own production house too along with wife, actress Zara Noor Abbas Siddiqui. We recently caught up with Asad and in an exclusive interview with Aakanksha Naval-Shetye, the star talks all about his love for acting, upcoming projects and also reveals the role he loves Zara most in! 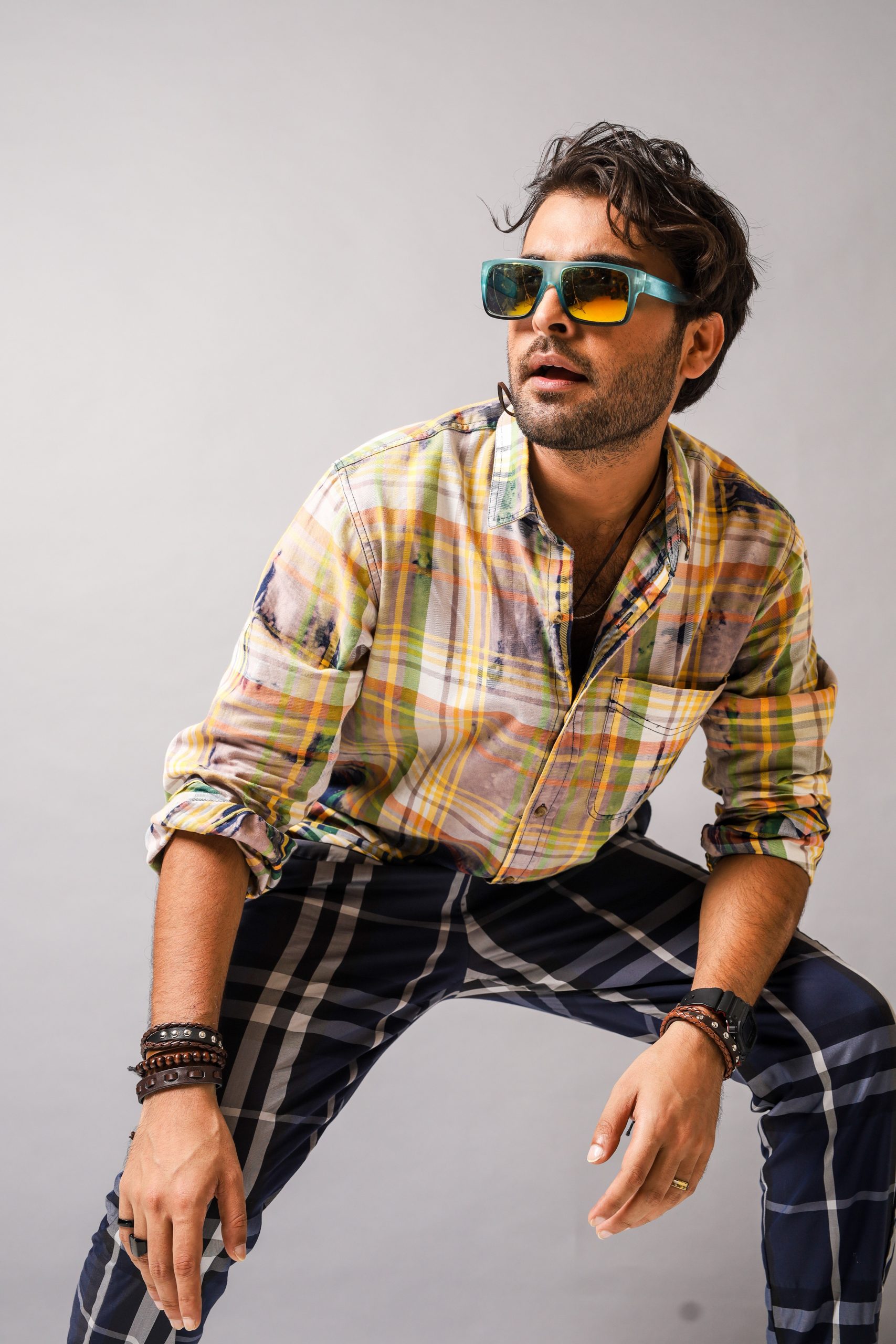 How did you start your journey in the entertainment industry? Did you always aspire to be an actor?
Yes, I’d always wanted to be an actor. I started with doing small appearances in television commercials, whilst trying my luck in other walks of life. And one day I got a call for Baraat series. I gave my first audition for that and luckily got selected. I liked the idea of it, so joined the bandwagon and it paid well, so I thought, why not! As time has passed, I have realized there is nothing else I can do. I don’t feel more alive anywhere else on this planet, as much as I do in front and around the camera. And now, behind the camera as well.

What would you consider as the landmark project or role professionally?
After Baraat series, I think Surkh Chandni was the serial that was the turning point for me as an actor. I really discovered myself a lot during the process of that show. Hats off to my director Shahid Shafat.

What do you enjoy doing more, TV or movies?
It doesn’t matter to me. I just love acting, be it TV or films. Yes, movie is a big platform and it has different protocols, but yes I love doing them both. Can’t pick one.

“If you are consistent in this journey, you reach exactly where you want to be. Sometimes even farther! It’s all about your determination.”

Tell us about your singing projects?
Well, I do have a couple of things lined up. I want to work with emerging talent as of now. I think it’s a great way to collaborate with artistes who don’t have a platform. You’ll get to hear them very soon, InshaAllah!

You’ve recently turned producer, so what’s the vision for the production house?
Yes, we recently opened up our own production house called ‘The Rise’. This is a place for the youth, for the ones with no platform. And we are looking at producing content for both – digital as well as for TV. I am really excited about it because there is a lot in the pipeline. A lot of scripts that we are working on.

You and Zara (actress, wife Zara Noor Abbas Siddiqui) make for an adorable and loved couple, what’s the secret?
There is no secret. We are just honest and loyal to each other. We make sure to give each other space and really respect each other and our work ethics. At home, we divide and rule (laughs). 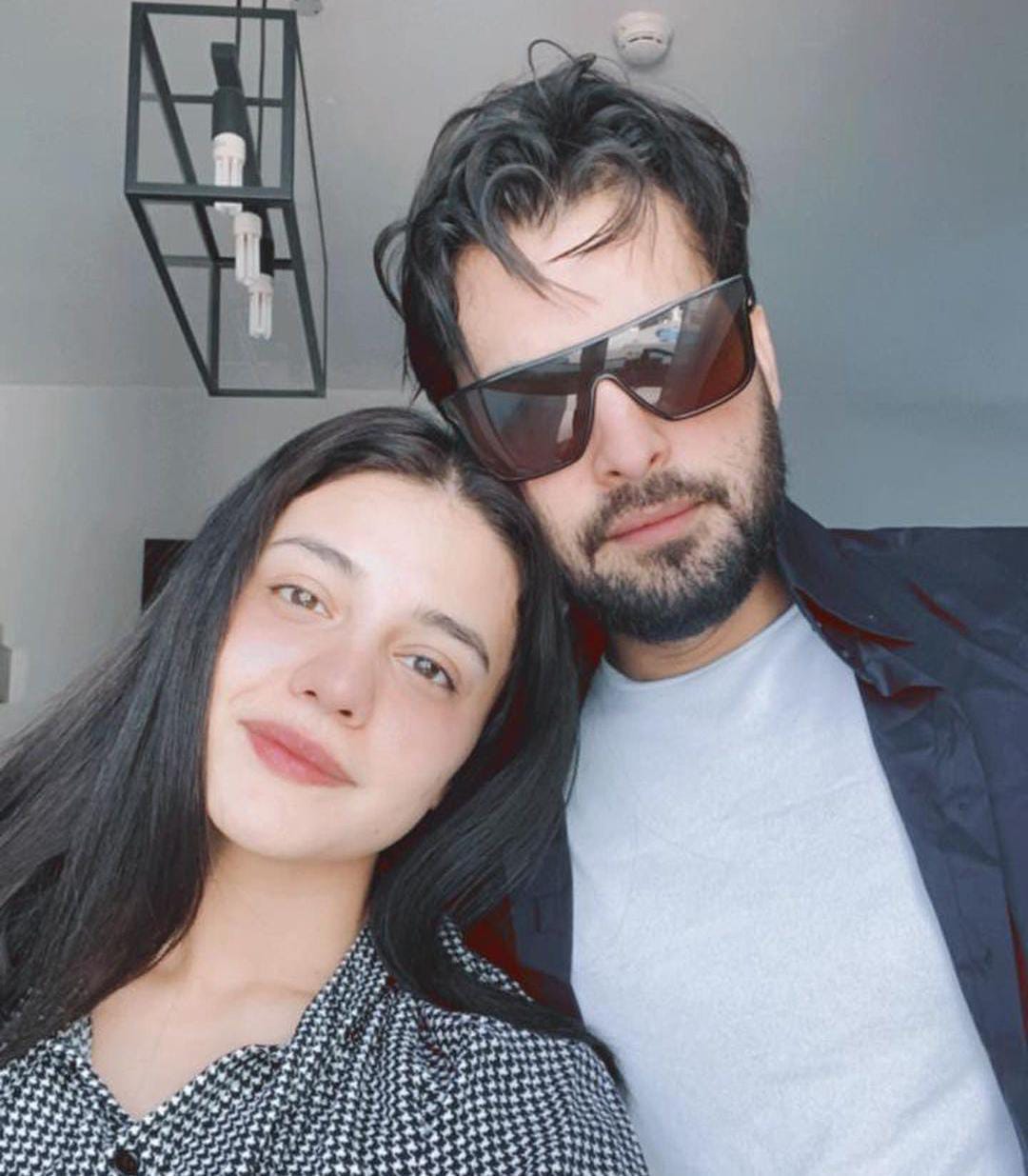 Zara as a wife or Zara as a co-star?
Zara as both – Zara as everything! Dono hee bohat achi hai.

“I don’t feel more alive anywhere else on this planet, as much as I do in front and around the camera. And now, behind the camera as well.”

How do you both handle the pressures of being a couple that’s constantly in the spotlight?
To be honest; there is no pressure. We work with all honesty and stay true to our crafts. We make sure we don’t pretend to be happy. Even if we are sad or down, we always make sure to be authentic about our behaviour and feelings with each other and even in front of the world. We like to be very private anyway.

What is the lesson you’ve learnt along the journey that you hold dear?
Sabr and shuker. Also that if you are consistent in this journey, you reach exactly where you want to be. Sometimes even farther! It’s all about your determination. And I give all this credit to my parents who brought us up like this.

What is the one thing you most like about being so famous and the one thing that you don’t?
I love everything about being famous (laughs). I enjoy it! Although it does takes a huge part of your private life and everything becomes public. Anybody and everybody gets the right to comment on your life. I don’t like this invasion. But at the same time its self-realisation that nothing is permanent. And at the end of the day, it’s amazing when you see people loving you and praying for you. I feel really blessed. And that’s all what matters.

What is the real Asad like? What do you do to de-stress?
The real Asad is very simple.  I’m pretty old fashioned and more of a family man. I meditate. I spend a lot of time with family. I try and indulge myself in healthy habits to deal with physical and mental exertion. I do kickboxing – it cleans away all my frustration. I play guitar, watch movies. I think all of these really soothe me.

Any plans to direct? Tell us about your upcoming projects…
Well, direction not as of yet. I think there is a lot more that I need to learn as an actor and then as a producer.  My upcoming projects are the ones I am really excited about. One is for Geo Entertainment television, directed by Ahsan Talish called Aye Musht e Khaak. It’s a great script. And secondly, I just signed a film under the banner of Sakina Samo films which will be directed by Sakina Samo herself and will be released internationally. So yes, I’m very excited about these two projects.