Oozing pizzazz and glamour, she has wowed audience with her stunning dance numbers and performances on the big screen. And the year ahead is only getting busier for Urvashi Rautela, who has an impressive line-up of projects, including films and music-videos. In an exclusive chat with Aakanksha Naval-Shetye, the actress talks about her upcoming films, her singing debut, her love for romance and also reveals her wish to do more romantic fare

Actress and former beauty queen Urvashi Rautela was in Dubai when we caught up with her for a fun tete-a-tete. She had shot a music video here for her singing debut, wherein she has lent her vocals for the recreation of the iconic song Ek Ladki Bheegi Bhaagi Si from the hit classic comedy Chalti Ka Naam Gaadi (1958) starring the late legendary stars Kishore Kumar and Madhubala. Thrilled about getting into the shoes of the late actress, Urvashi tells us that she’s excited, but confesses that she’s also aware of the responsibility that comes with recreating a classic song. The song that released recently has been doing record-breaking numbers on the internet and has become an instant hit. However this isn’t the first time that the gorgeous actress starred in a remix version. After all who can forget the hit Hrithik Roshan Kaabil track Haseeno Ka Deewana! And in a fun chat, she talked about all this and more. 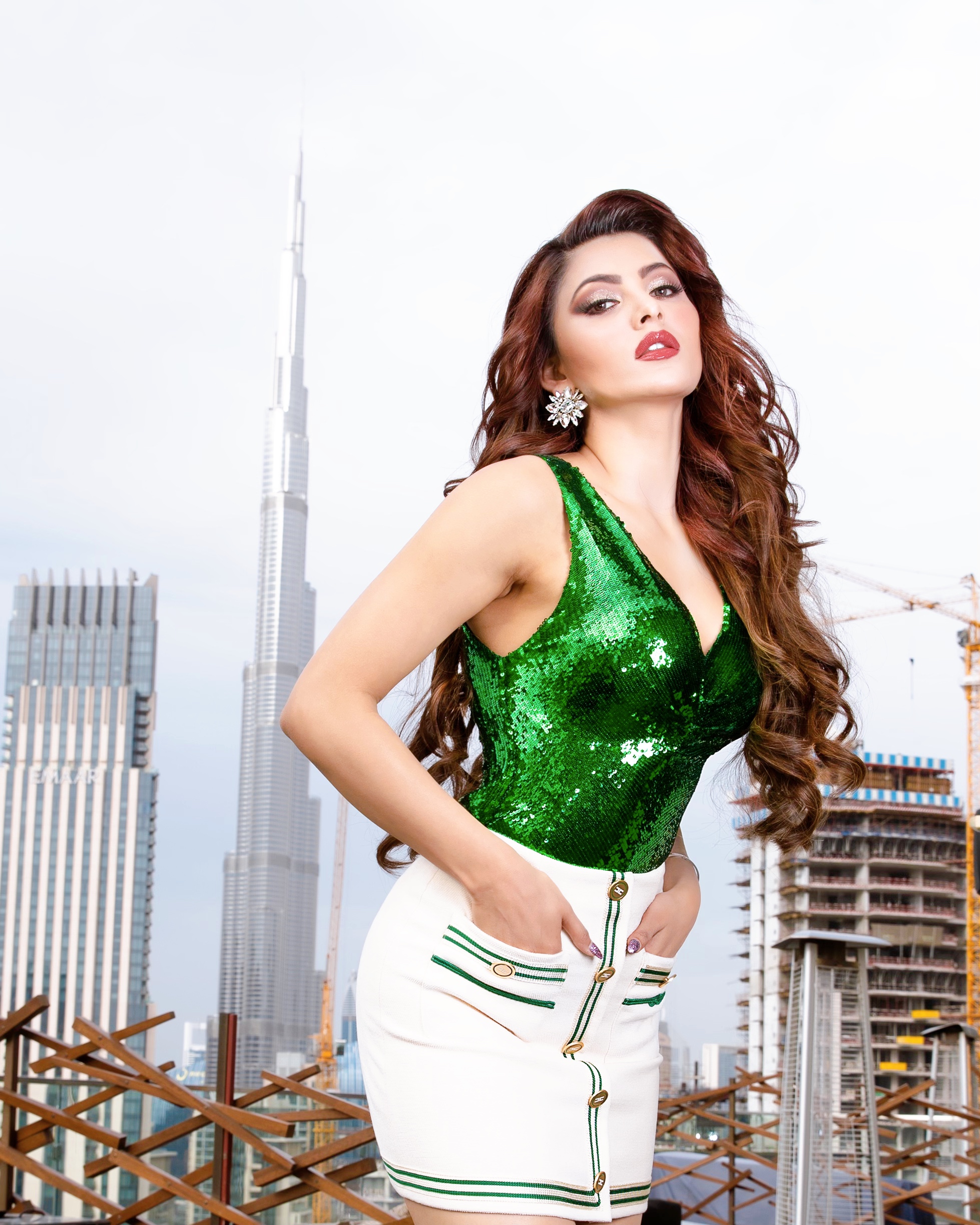 One more remix added to your list… You’re earning the tag of the Queen of Remixes!
Well, what can I say… I am happy with my songs, people can be happy with the tags (laughs). To be honest, I did not set out with wanting to do more remixes. For me they’re songs I’ve been convinced about and chosen from the ones offered. And thankfully, all have worked wonderfully well.

But was there an added pressure with recreating a song as iconic as Ek Ladki Bheegi Bhaagi Si especially since it starred Madhubala?
Definitely, getting into the shoes of a legendary star like Madhubala ji and recreating her legacy is not easy at all. You want to ensure that you do justice to a song that iconic. But more than the pressure, I like to think of it as an honour. Like it’s a dream come true for any actress. To top it, my vocals will feature alongside Kishore Kumar ji’s original voice, it just doesn’t get bigger than that. I think I’m fortunate and very lucky to make a singing debut with a song so special. I feel truly blessed. Also Ajay (Dubai-based singer and musician Ajay Keswani) and the producers (Viral Motani, Pakkhi Hegde, Manoj Lakhiani) have handled the entire song very responsibly and ensured that no expenses are spared in the song’s execution, so that boosts the excitement more than nervousness. It’s a timeless song and the fact that we shot it in Dubai makes it all the more special for me. 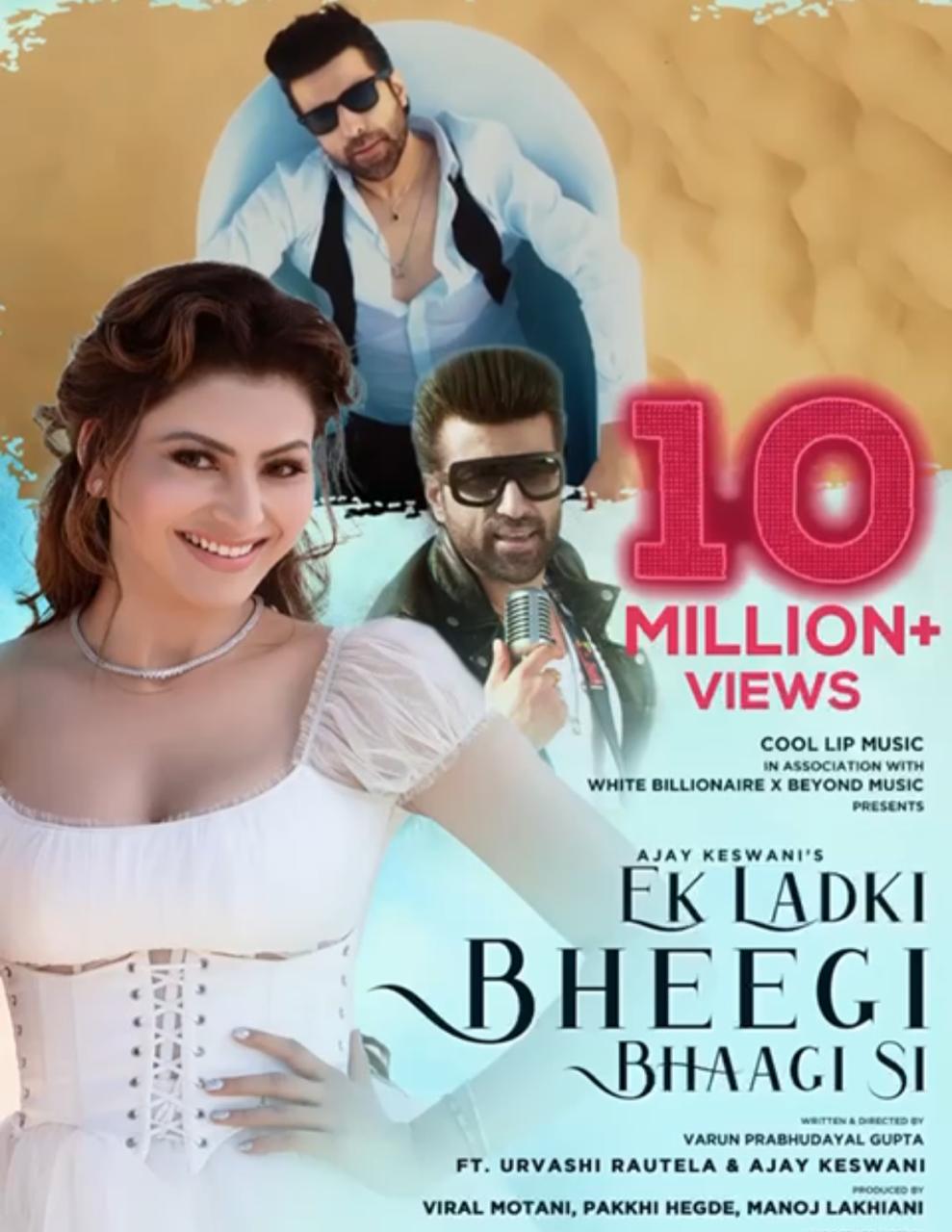 Tell us about your experience in Dubai…
I love the city and the people here are always so welcoming. Also you can never run out of things to do while in Dubai and of course the shopping. It’s a delight. I have enjoyed every minute of being here and shooting here in the Al Qudra desert. We have recreated the iconic rain scenes of the song, plus there are some wonderfully shot car sequences.

Egyptian star Mohammad Ramadan was all praises for you and he also met you recently. Any projects together?
Well, that’s sweet of him. Yes, we are looking at collaborating and working together soon. He is a great actor and singer and I wish us loads of luck. 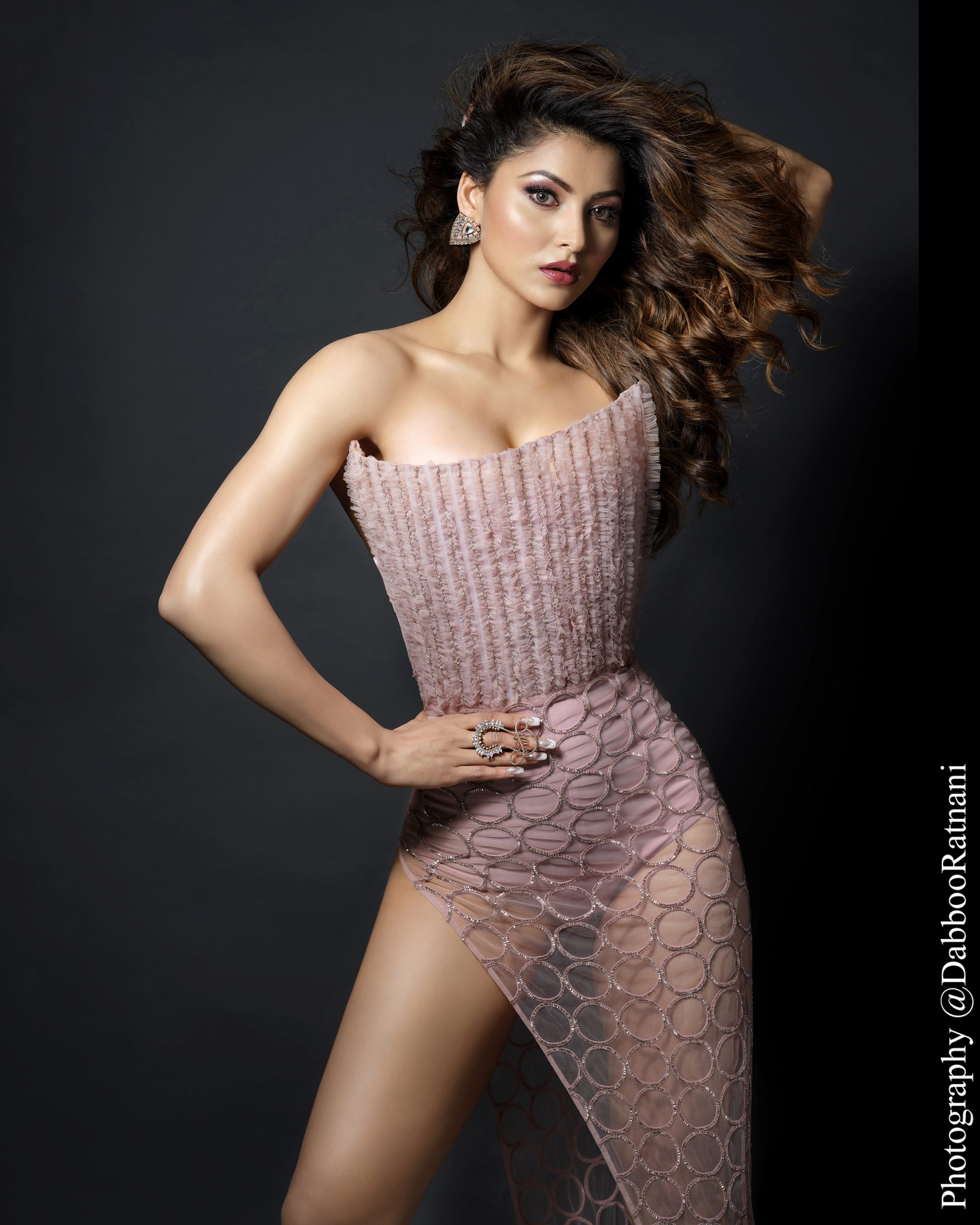 Tell us more about your plans as a singer?
It is certainly something I want to pursue more actively and explore further. As an artiste you never want to limit yourself creatively, then whether it’s through acting, dancing or singing or a combination of the three.

‘I’m a very simple person ya, so don’t go by the glamour! As actors of course we have to be glammed up… for red carpets… for events… As public figures it’s all the more important for us to look in a certain way. But these looks apart, I have a very simple approach be it in life or career’

Which is?
Just do your work to the best of your ability and with complete sincerity. There are no shortcuts. And that’s also something I’ve always believed in and followed. So you have to just love the craft and work on bettering it. Work on yourself. When I came I enjoyed doing what I do… I enjoyed the dancing, the acting, romancing the camera and following the vision of the director. So it’s all about mastering your craft and skills. Fame is a byproduct. When you love your work and are passionate about it, it shows. The intention should be honest. And the one thing that worked for me was being sincere and not just doing it for the heck of money. Sincerity and honesty go a long way here.

What is it that attracts you to a project?
A chance to be versatile! I just want to be very versatile as an artiste and that’s what I would like to reflect in the kind of projects that I’m doing.

What are your upcoming projects?
I’m working on my first bilingual movie, Black Rose. It is based on Shakespeare’s The Merchant Of Venice and my role is based on Shylock in the film. I also have Inspector Avinash with Randeep Hooda.

Are you very romantic at heart?
Yes, I’m a very romantic person. I also want to explore more in the romantic zone and that’s what I want to do more. In the future you’ll see me in a lot of romantic numbers too.

Arjun Mathur to soon hit the screens with 'Silence… Can You Hear It?

Mouni Roy to turn on the heat in ‘Patli Kamariya’; the sizzling track was shot in Dubai