Candy, creepiness and costumes — the essential triangle for a perfect Halloween! With only 9 days to go for Halloween, it’s time to pick a costume for the spooky season! Let’s take a look at these celebrities who absolutely nailed their Halloween costume! 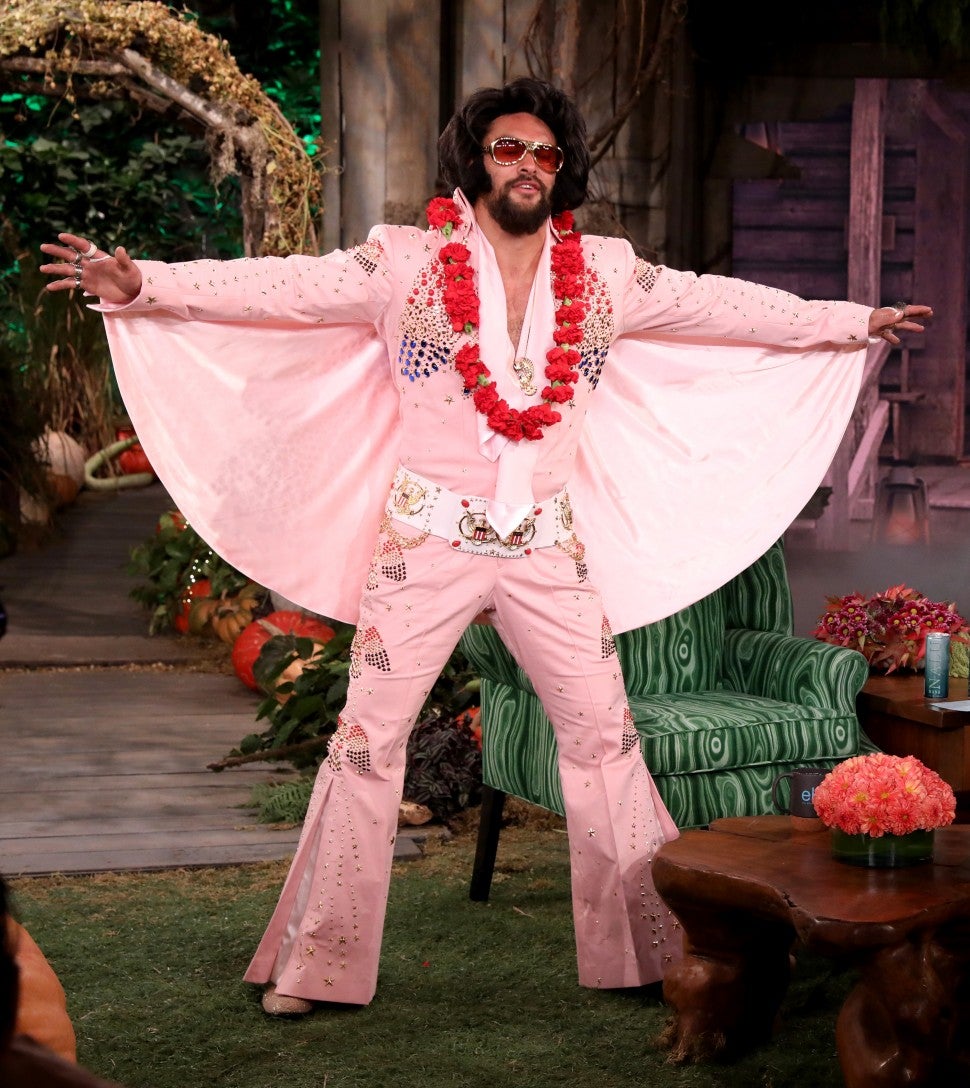 The Game of Thrones star dressed up as the King of Rock and Roll and simply rocked it! Khal Drogo truly did become the King. 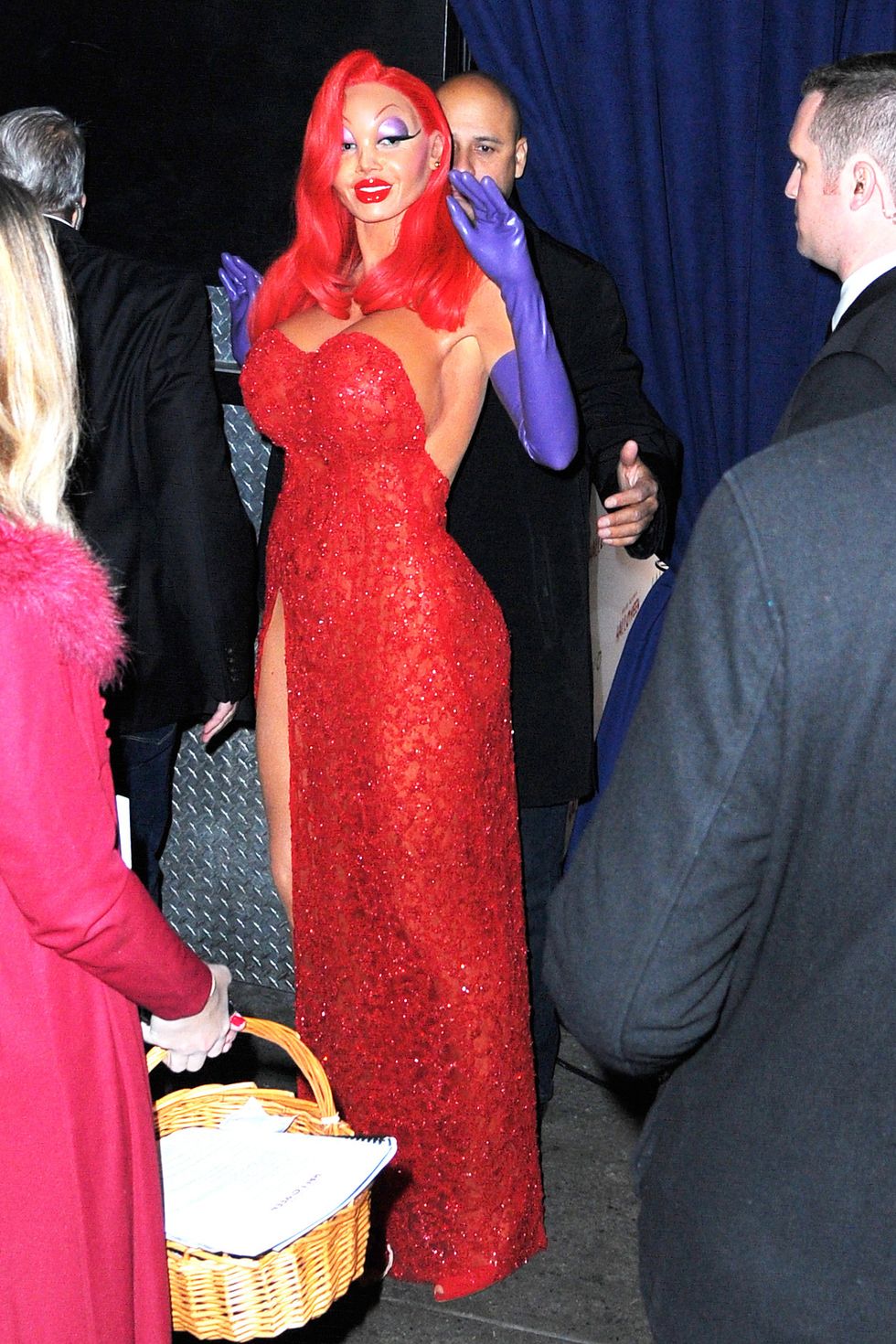 The American-German model always nails her Halloween costume with extreme attention to detail and this time was no different. Heidi Klum dressed up as the toon human Jessica Rabbit, Roger Rabbit’s wife from Who Framed Rober Rabbit complete with prosthetics and makeup! 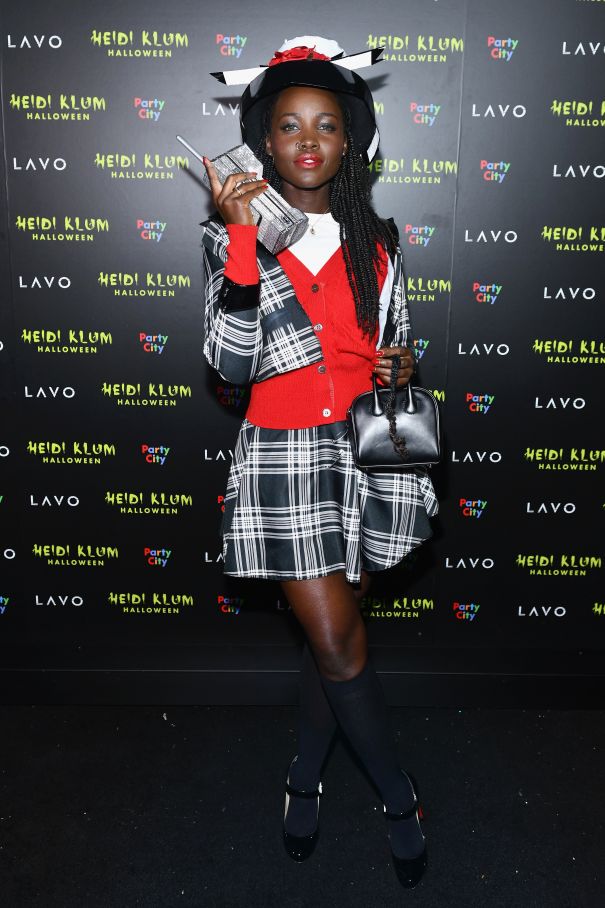 “Hello? There was a stop sign.” And we totally paused! The Black Panther actress nailed Dionne’s look from the movie Clueless! 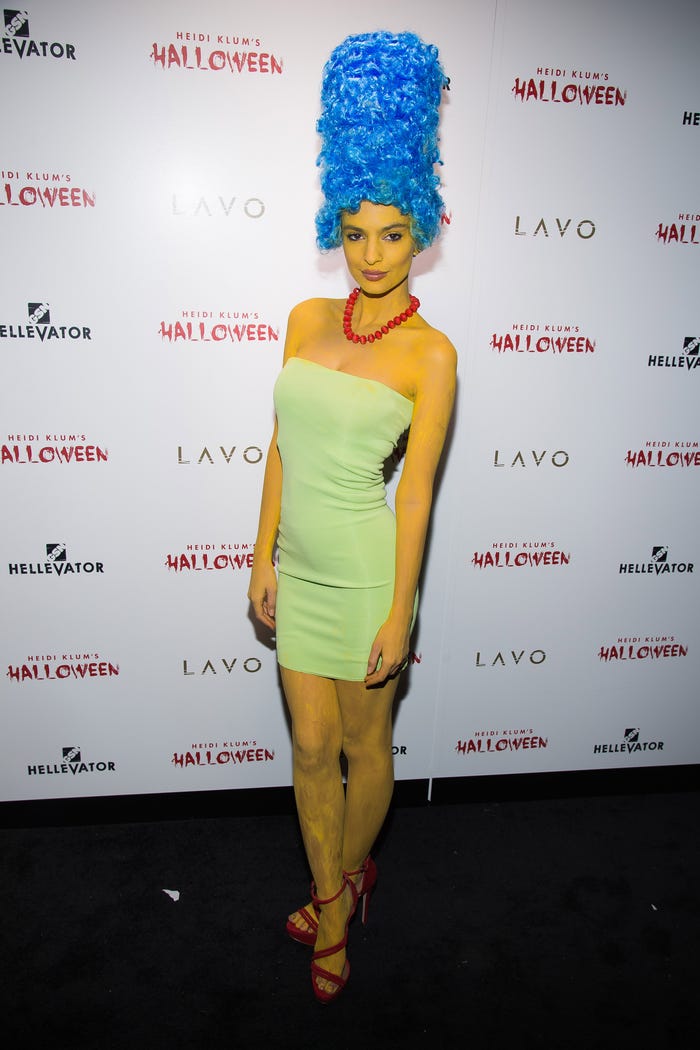 Doh! The Gone Girl actress managed to serve looks even as she dressed up in yellow paint and green shrubby hair as Marge from The Simpsons! 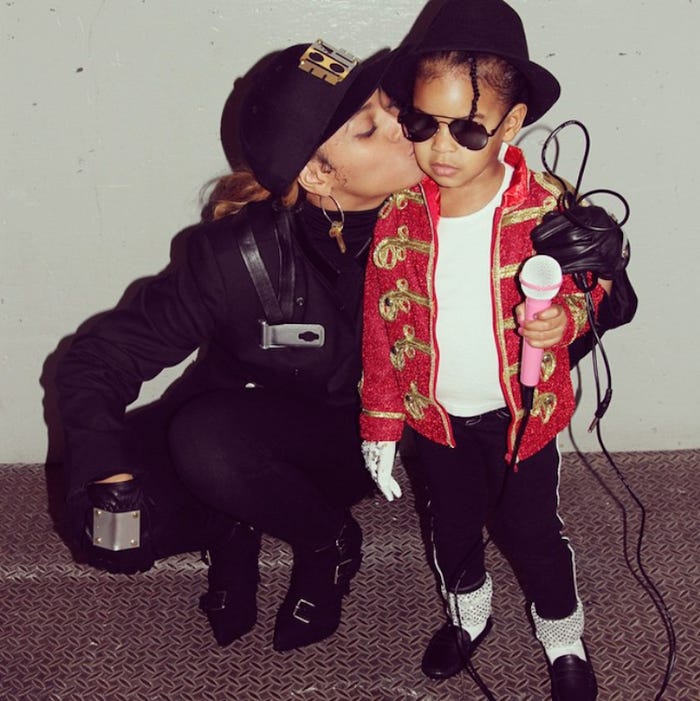 The queen paired up with her daughter and dressed up as the sibling pair — Janet and Michael Jackson! The mother-daughter could moonwalk all the way to the winner’s aisle! 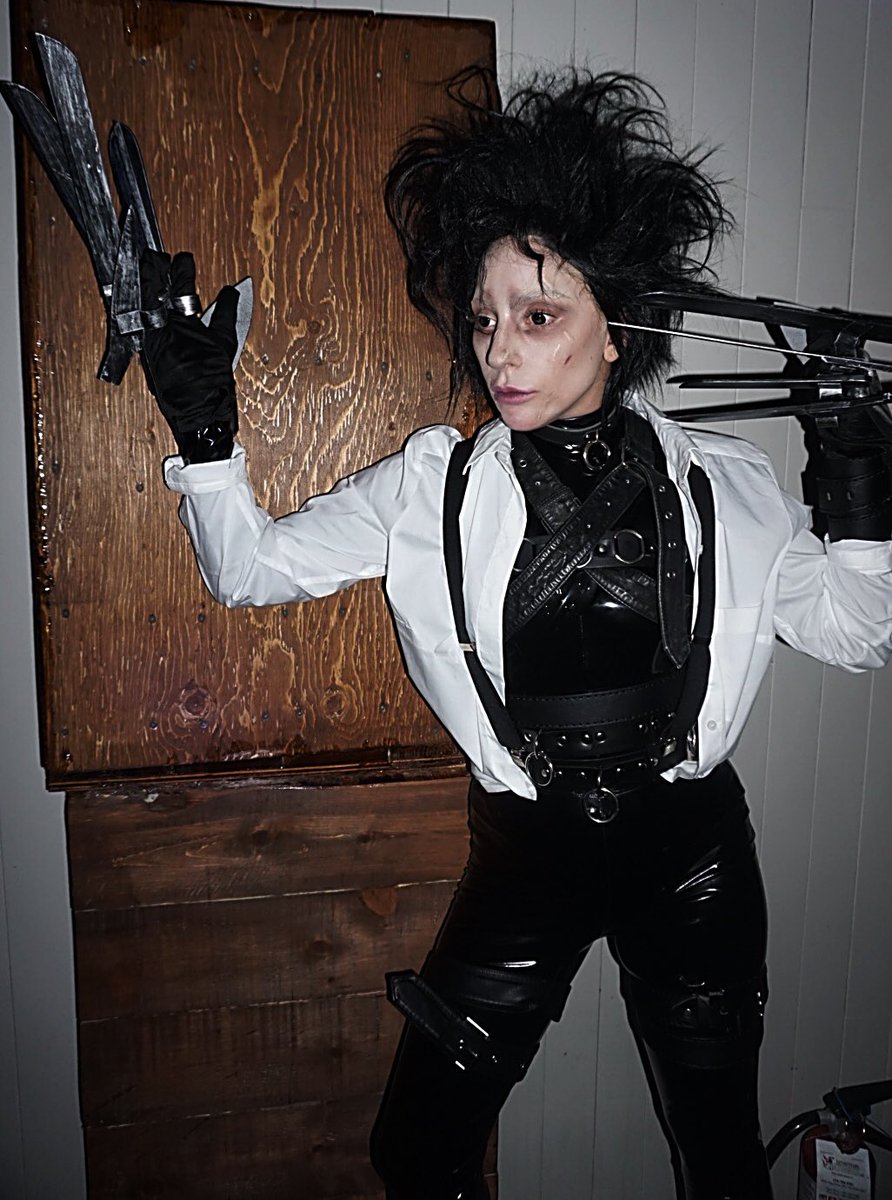 Lady Gaga and her eccentric outfits have left us all speechless time and again. This is just another one of those times where she truly outdid herself as she became Edward Scissorhands. 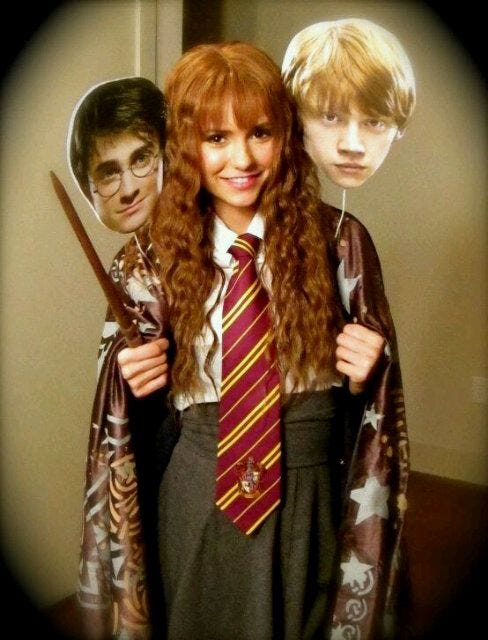 Nina Dobrev won us all by not just dressing up as one character but three! If there’s one thing everyone should know about Hermoine Granger, it’s that she leads Harry Potter and Ron Weasley!

Justin Timberlake, Jessica Biel, and family as the Lego Batman: 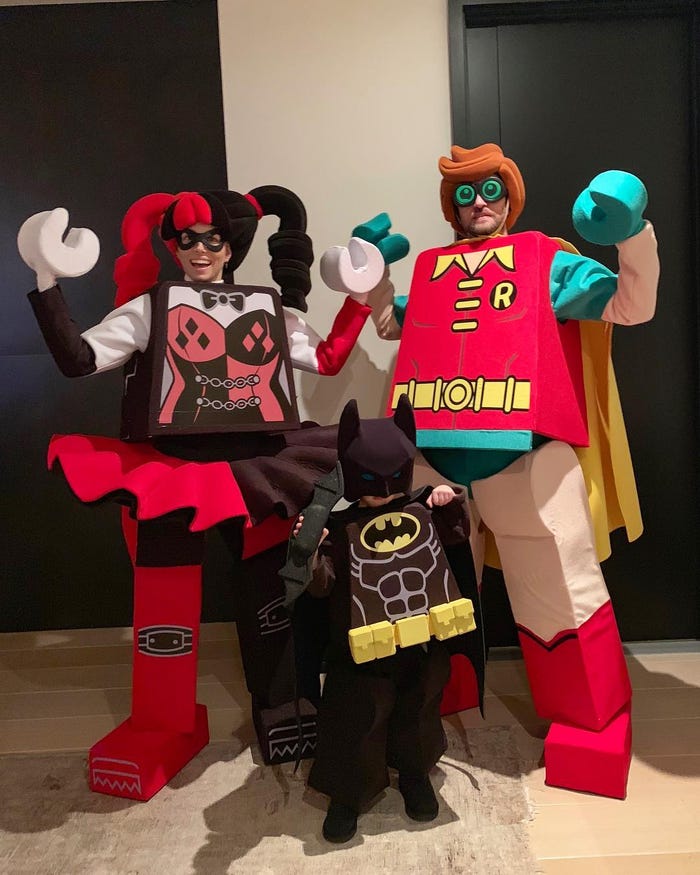 Cute doesn’t even begin to describe how truly adorable this family looks in their Batman trio costumes!

Sarah Hyland and Wells Adams as Eleven and Dustin: 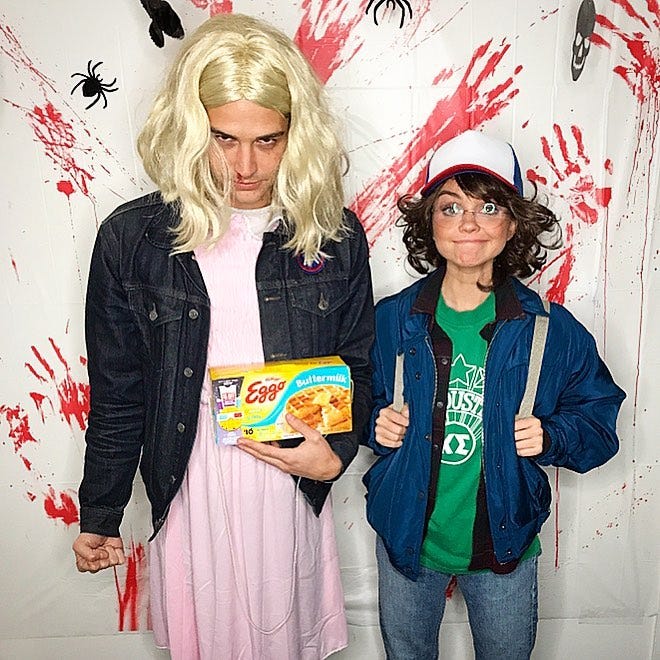 The Modern Family actress and her fiance Wells Adams reversed the gender roles as they dressed up as Eleven and Dustin from Stranger Things. The attention to detail is so acute that they even included a box of Eggos to their costume!

Joe Jonas and Sophie Turner as Gomez and Morticia: 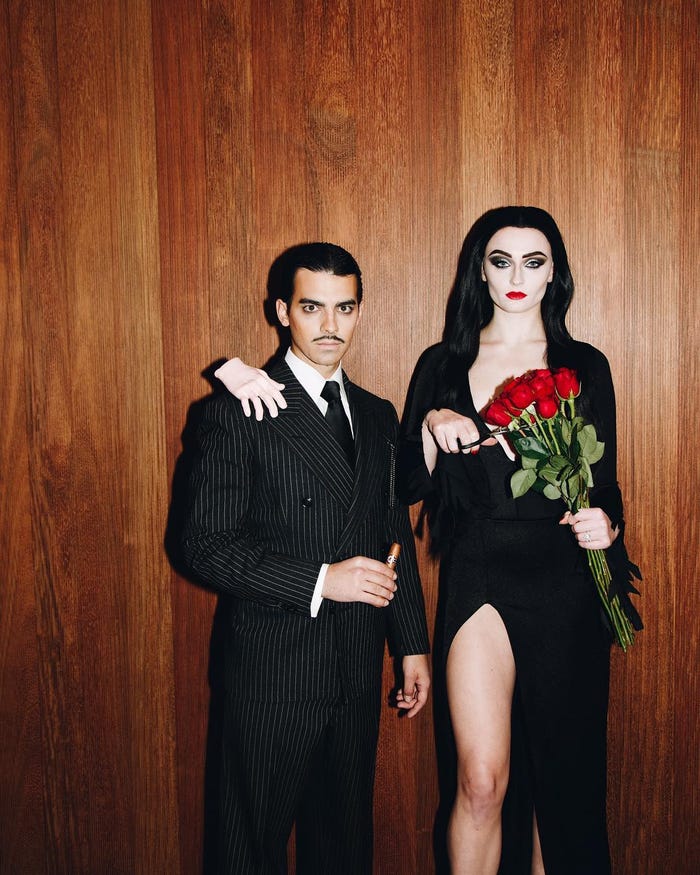 There is no love truer than the love between Gomez and Morticia from The Addams Family. The couple looks like the spitting image of the beloved spooky pair we all know and love!