Kamal Haasan or “Ulaganayagan” as he is lovingly referred to by his fans is an enigma recognised by Indian cinephiles across the globe. This supremely multitalented human being has excelled in various fields and it can really make anyone wonder if there’s anything at all that he can’t do. Always ready to experiment and push the envelope, the cinema icon has contributed enormously to films, music, movie direction – you name it. He is truly a maestro of myriad aspects of filmmaking. On his 61st cinema anniversary, we share with you why he is a legend extraordinaire.

Kamal Haasan started his acting career as a child artist in 1960 with the film, Kalathur Kannamma. He also won the President’s Gold Medal under the category ‘Best Child Actor’ for it and there has been no looking back for him ever since. He has worked in over 200 films and in different languages including Tamil, Telugu, Malayalam, Kannada, Hindi, and Bengali. He was honoured with a Padma Shri in 1990 and Padma Bhushan in 2014. He is the only actor with 61 years of cinema experience, four National Awards, and 19 Filmfare Awards. 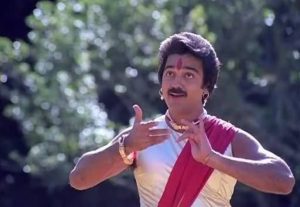 Kamal Haasan was 12 when he developed an interest in dancing and he trained as a Bharatnatyam dancer since then. Haasan also learned Kathak under the guidance of the renowned Kathak maestro, Pandit Birju Maharaj. He is one of the very few veteran actors in India to have trained in two hardcore Indian classical dance forms.

Kamal Haasan’s journey as a filmmaker started with Chachi 420, which he had co-written and produced too. The film went on to become of the best comedy-dramas of Indian cinema. He has also directed the Oscar-nominated film “Hey Ram” which again has a separated fan base among world cinema lovers. 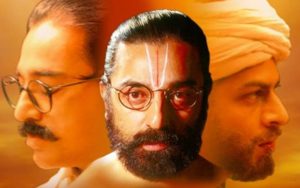 The first movie produced under the banner “Raaj Kamal Films International” was “Raja Paarvai” that released in 1981. Some of the other movies that were produced under Raaj Kamal Films International include Vishwaroopam, Vishwaroopam 2, Hey Ram, Dasavathaaram, Chachi 420, and many more blockbusters that have marked definitive turning points in Indian cinema.

Playback singer:
Having sung over in 50 films in all, Haasan has lent his voice to music in Tamil, Telugu, Malayalam, and English. Music and dance were two huge parts of his upbringing. Among Ilaiyaraaja’s top works, his songs and background score for Kamal’s films feature was prominent. Just by being an observer of Ilaiyaraaja’s work, the multifaceted legend has been able to sharpen his musical skills which have helped him immensely while working with other composers.

Politician :
He formed Makkal Needhi Maiam (MNM), a regional political party in Tamil Nadu. He formally announced the party’s formation on 21 February 2018 in Madurai. The party’s flag displays six joined hands in a circle in alternate red and white colours with a white star at its centre in a black background. Haasan began his political journey from late President A. P. J. Abdul Kalam’s residence and his memorial at Rameswaram