Sajid Nadiadwala has a special gift for Tiger Shroff on his birthday today (March 2). The birthday boy has announced the release date of their upcoming Heropanti 2. The film is set to release on December 3, 2021. While Heropanti (2014) starred newcomer Kriti Sanon opposite the debutante Tiger, the sequel will have the actor reunite with his Student of the Year 2 co-star Tara Sutaria.

Directed by Ahmed Khan, the film is expected to go on the floors this month in Mumbai. Sharing a new poster Tiger shared: “My first love is back – action, thrill, like never before! Let’s celebrate this one together on the 3rd of december in cinemas.” 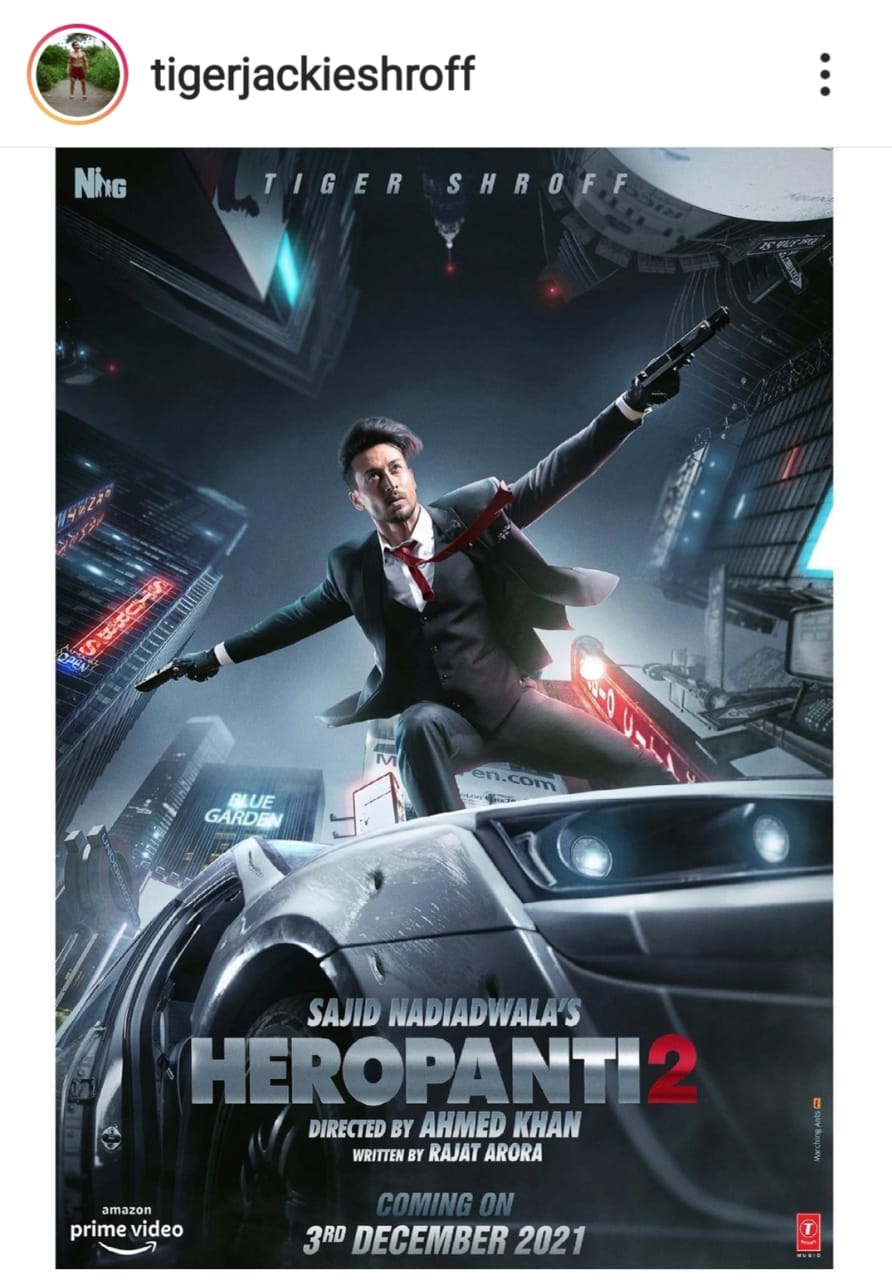 As per reports, the shoot will commence in Mumbai and it will be a seven day schedule.

Meanwhile, the actor also has Baaghi 4 on his plate and he has even hinted at the War sequel.

Drishyam 2 ( Telugu) starts shoot with Venkitesh in the lead

Top 10 Punjabi songs to watch out for!