From being the first Hindi Music artist in Universal Music MENA’s roster, playing alongside the legendary Guns N’ Roses, to being the voice behind the title track of the movie Irada and bringing heavy metal rock music into mainstream Bollywood, Nikhil Uzgare is a trendsetter in every sense of the word. The former microbiologist is all set to release his first independent single Inteha on December 18, 2020. Uzgare said, “Inteha is a song that is based on the pandemic situation. The word in Urdu means testing your limits and I think this situation has tested everyone’s limits financially, emotionally. Nobody has ever been in the situation before, barring your personal freedom, everything is gone in this pandemic. The song is based on that.” Further, he added that while there is no inspirational message in the song, the lyrics will resonate and speak to everyone who is in this situation.

From extensive guitar solos to lyrics like “Apne hee sheher mein hua mein la makaan” that speaks about the paradox of feeling like an alien in your own house, Inteha will speak to you about how the pandemic has affected us all, including Nikhil. He says, “We are trying to bring back the 80’s rock song, with straightforward guitar solos and heavy drums that aren’t very mainstream. People should keep an ear out for the rock vibe and the rock feel that we’re trying to bring back.

About his experience of playing with the legendary rock band Guns N’ Roses, Nikhil says, “In 2017 we were handpicked by Guns N’ Roses when their original band members reunited to play alongside them on the Middle Eastern leg of their tour. It was an experience of a lifetime. We met the band in 2013 as well when their guitar player was Bumblefoot, who has been a mentor to us. He was the guitar player for Guns N’ Roses for 10 years and he’s also toured India and the Middle East with us. He once told us that, ‘I love your band, I love your music, but you need to dress better. You can’t look like the guy from the audience, because if you do then people won’t take you seriously.’ He also taught us the importance of brand building and building your brand through your look. He taught us that music is only 60% of what is needed to build your brand.”

With his unique Independent releases, Nikhil has also been a part of the mainstream Bollywood music industry, when he sang the title track of the movie Irada (2017) starring Naseeruddin Shah and Arshad Warsi. About the issues plaguing the Hindi music industry he said, “From 1999 till 2013, I’ve noticed that all roads eventually lead to Bollywood. Due to which independent music or different music never gets that chance to be consumed. The benchmark of your success is always judged by whether your song goes to Bollywood or not. When I worked with rapper DIVINE in 2013 or 2014, he wasn’t introduced to Bollywood yet. We did a show together then, where very few people came because there was no Bollywood connection. I told him even then, “Right now don’t worry, we might have sold only 40 tickets to your show, but the day you hit Bollywood, you’ll be untouchable,” which is exactly what happened. It took him all that time and he lost out on 3-4 years of his life and had to wait for Bollywood to pick him up.”

“A lot of that is changing now due to OTT platforms but it is still an uphill battle. It’s a great industry but at the same time, it stunts you. Bollywood is a blessing and a curse both for us,” he adds. 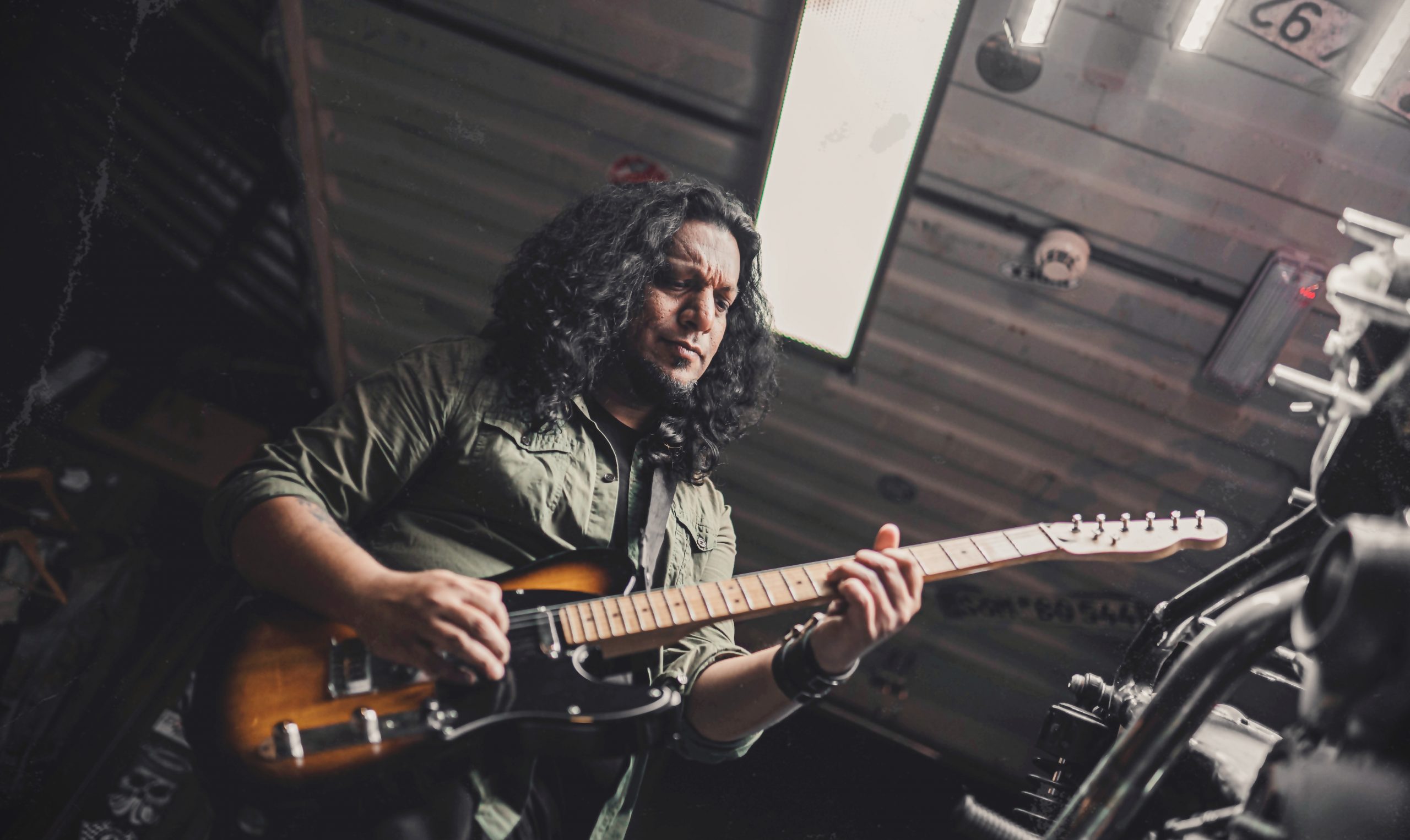 Nikhil Uzgare caught his first big break when he had the opportunity to be the voice behind the award-winning movie Irada’s title track. “Irada was my debut into Bollywood. The unique thing about the movie was that the song that I sang trended a lot more than the other songs in the movie. It was the first progressive rock track in a mainstream Bollywood film. It showed that progressive rock as a genre is being reaccepted by the younger generation of India. From the inside sources, I came to know that there was a lot of resistance about my song being the title track for the song. But, ironically, the financiers of the movie loved it. Although I had other songs with seasoned artists like Papon, my song trended the most on Times Music. It showed that progressive rock has the capacity to be a trendsetter in Bollywood,” he told Filmfare Middle East.

When asked who he would like to collaborate with in the future, Uzgare said,” I’ve always looked up to Ram Sampath. He was one of my first influences. He released an album called Colourblind in 1997, an English Independent song by an Indian band, which I to this day believe was one of the best albums I’ve ever had. It was way ahead of its time. The way he brought his music to Bollywood without bending into any pressure from anyone is something I admire. I appreciate his musicality, his innovativeness, and his niche. I would love to collaborate with him at any point in time. The other artist would be Amit Trivedi because his music is very niche and interesting.”

Along with his first single, Nikhil Uzgare has 8 more independent projects lined up for the next year!

Why is Bhumi called a Stubborn Optimist?