The Bollywood actress even celebrated Raksha Bandhan on the sets recently

After taking a short breather post wrapping up the shoot of her action thriller Dhaakad, Kangana Ranaut has kickstarted shooting her next Tejas. The film directed by Sarvesh Mewara has the actress play an Indian Air Force Officer and shows Kangana in the uniform. 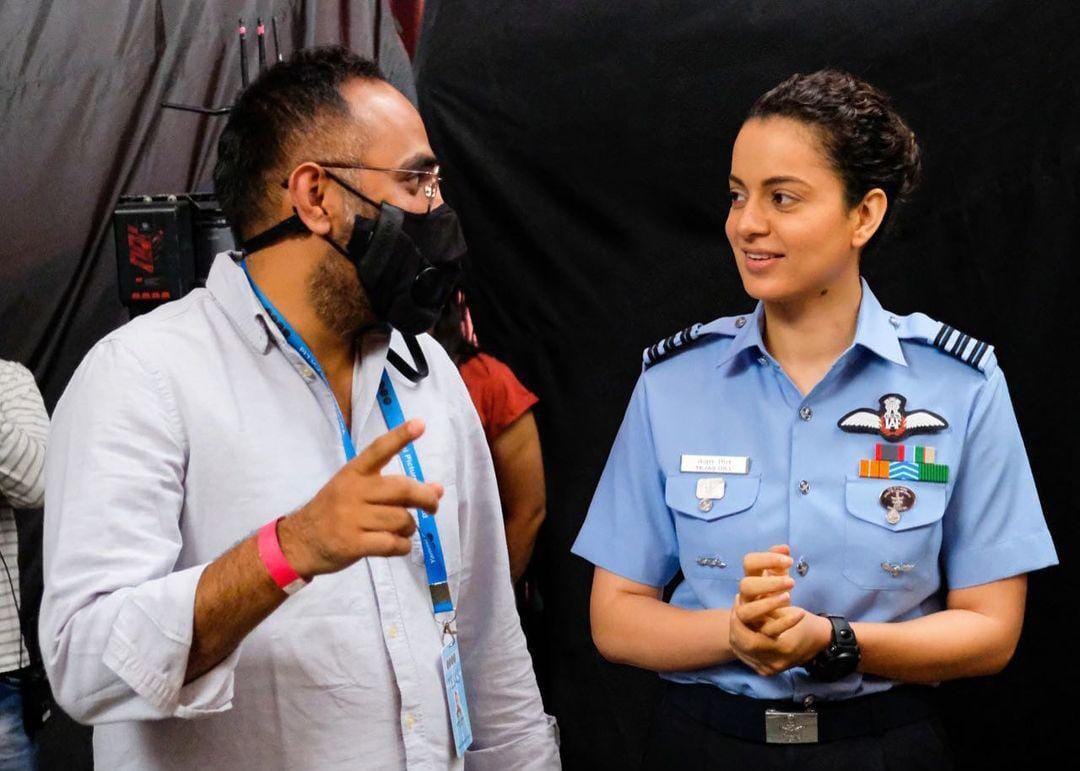 Posting her pic alongside her director, Kangana wrote: “On to my next mission #Tejas. Starting today… Josh is soaring high thanks to my fabulous team @sarveshmewara @rsvpmovies”

Kangana had earlier at the announcement of the film shared: “Tejas is an exhilarating story where I have the privilege of playing an air force pilot. I am honoured to be a part of a film that celebrates these brave men and women in uniform who make immense sacrifices in the line of duty every day. Our film celebrates the armed forces and its heroes.”

The actress has an impressive platter of plum projects ahead. Besides, Tejas and the Razneesh Ghai spy thriller Dhaakad, Kangana also has Manikarnika Returns: The Legend Of Didda, and she is awaiting the release of the biopic Thalaivi.