Kangana Ranaut has revealed her fierce Lara Croft-inspired look as she shared a new poster for her upcoming action thriller Dhaakad. Besides the poster, the Bollywood star also revealed the release of her film. Co-starring Arjun Rampal and Divya Dutta, the actioner is set to release on October 1. Check out the poster right here: 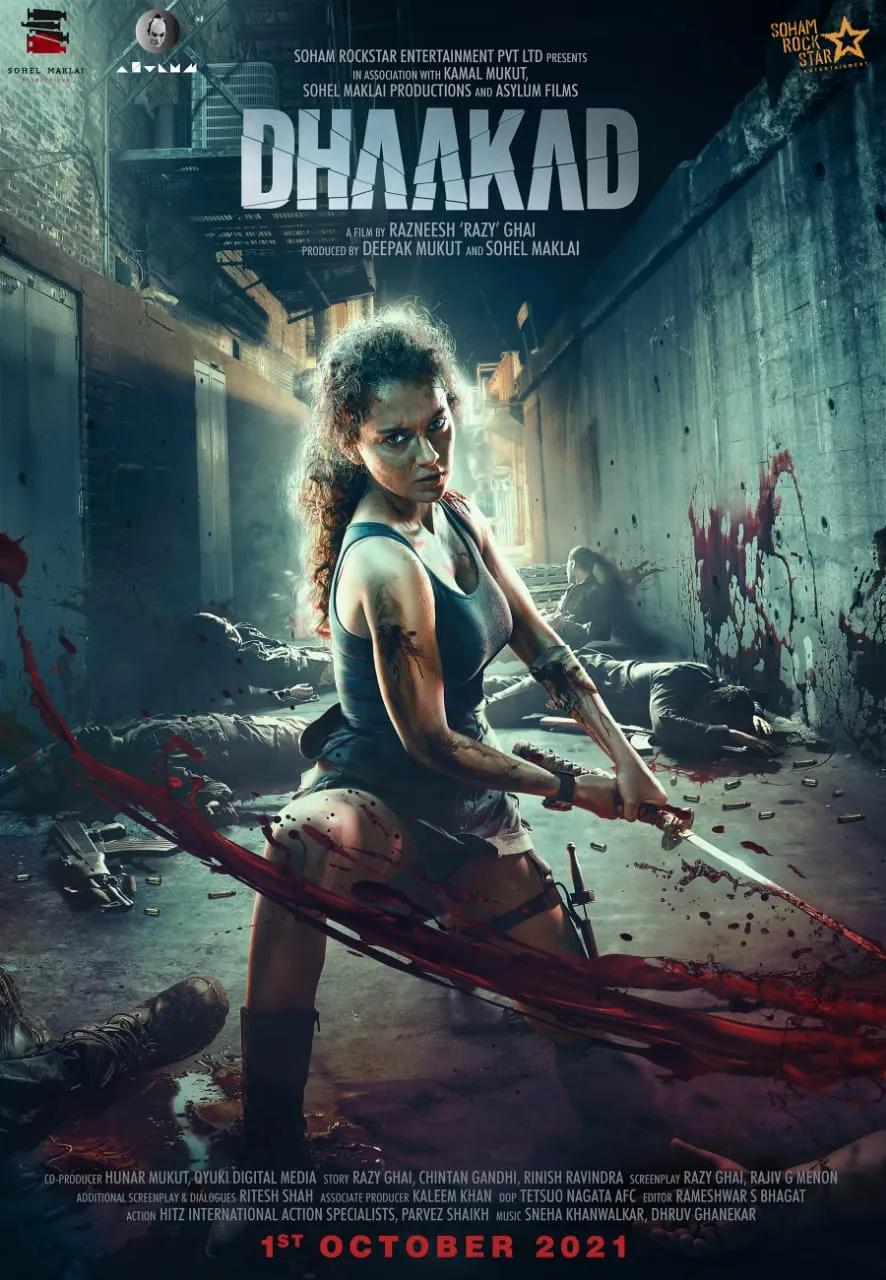 In the poster, Kangana can be seen in mid-action sporting a sword. In the film, the actress plays Agent Agni. She took to Twitter to share the details. Introducing her character, Kangana tweeted, “She is fearless and Fiery! She is Agent Agni. India’s first female led action thriller, #Dhaakad releasing in theatres on 1st October 2021!”

The film had been announced last year (2020) and Kangana had revealed the teaser of the film in August. Directed by Razy Ghai, Dhaakad is currently being shot in Madhya Pradesh.

Liger poster: Vijay Devarakonda packs in a punch in the first look of the action-thriller

Gangubai Kathiawadi teaser review: Alia Bhatt is feisty and fearless in the impactful teaser of the Sanjay Leela Bhansali film