Akshay Kumar-Kiara Advani-starrer Laxmmi Bomb to have a theatrical release in UAE, Australia and New Zealand and UAE on November 9

With the ongoing Coronavirus pandemic Akshay Kumar’s film Laxmmi Bomb may be missing its date with theatres in India, and releasing directly on the digital platform, however, the horror-comedy is set for its theatrical release in a few overseas markets including UAE, Australia and New Zealand. And it’s certainly good news for his fans in these countries, who were looking forward to enjoying Akshay’s Hindi remake of the blockbuster Tamil film Muni 2: Kanchana on the big screen. 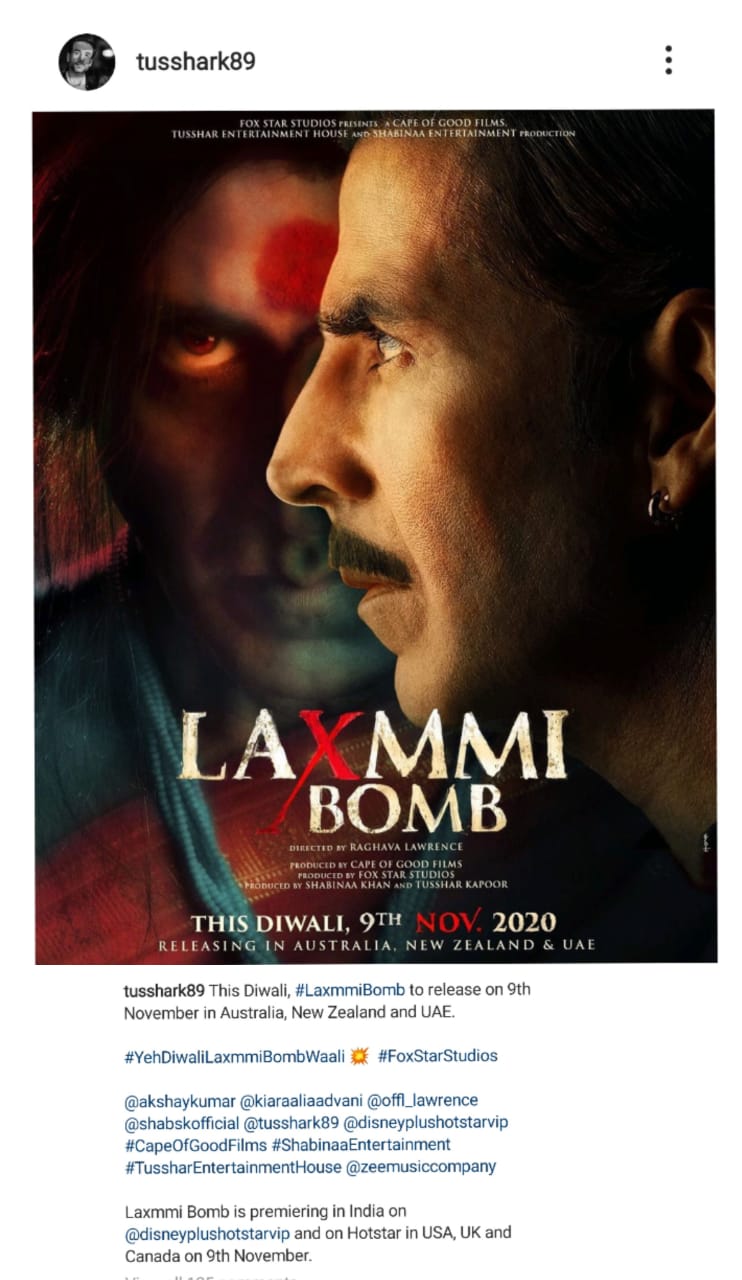 Confirming it, actor-producer Tusshar Kapoor posted the announcement on his Instagram handle along with a poster of the film. He wrote: “This Diwali, #LaxmmiBomb to release on 9th November in Australia, New Zealand and UAE. Laxmmi Bomb is premiering in India on @disneyplushotstarvip and on Hotstar in USA, UK and Canada on 9th November.”

The film – that’ll be released in India on Disney+ Hotstar on November 9 – is being helmed by Raghava Lawrence, who had even directed the South original. Besides, Akshay, Kiara and Tusshar, the Diwali release also features actors Sharad Kelkar, Ashwini Kalsekar, and Prachee Shah, among others.

Untangled: A guide to combs