The makers of Ludo had shared the first look of their characters a few days ago and we were quite impressed with Rajkummar Rao’s Sanjay Dutt-inspired look in it with long hair, et al. And now the actor has shared two more looks from the film and we must say that he’s totally rocking in both of them. While in one he’s seen riding a bike, the other one is quite shocking and has him dressed like a village belle. Check out the look right here:

Well, he does make for a pretty sight, but wonder what girlfriend Patralekhaa has to say about the new look!

Rajkummar who’s basking in the accolades coming his way for Hansal Mehta’s Omerta once again, now that the film is streaming on Zee5, is also keeping his fans excited about his new release Ludo. Anurag Basu’s dark comedy starring Rao has an ensemble cast – Abhishek Bachchan, Aditya Roy Kapur, Fatima Sana Shaikh, Sanya Malhotra, among others. The film is expected to release on Netflix soon. 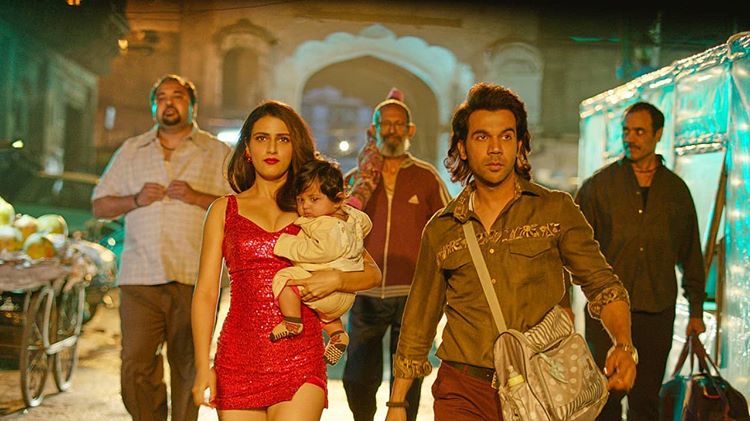