It’s been one long wait for Mirzapur fans who were left in anticipation after the rather unnerving and shocking finale of Season 1 of the web-series that ended on a particularly interesting cliff-hanger note. The show’s Season 2 – that had largely been shot before the pandemic threw shootings out of gear – was only waiting for the actors to complete the dubbing and filming a few days of the remaining patchwork before it could be streamed on the OTT platform. And as the makers released the much-awaited trailer of the Amazon Prime Original on October 6, ahead of the show streaming on October 23, here’s checking it out and gauging if it was worth the wait!

Check out the trailer of Mirzapur 2 here:  https://youtu.be/xMKzdQrC5TI

Well, to answer that question… If the trailer is any indication of what to expect in Season 2, then the fans are in for a treat! At about two-and-a-half minutes long, the trailer is pegged to not only pique further interest, but also give a glimpse of new characters who’re ready to join the ‘Bhaukkaal’ and among them Vijay Varma has our thumbs-up!

Keeping up with the first season, the makers clearly have no intention of going easy on violence or rustic swag the second time around either and there is no dearth of violence and dialoguebaazi in this saga overrun by emotions of revenge, lust, assertion of power and the greed to rule. Even as Pankaj Tripathi’s Akhandanand Tripathi aka Kaleen Bhaiya maintains his iron-hand rule over the lawless and crime-driven Mirzapur and asserts his dominance as the ‘King of Mirzapur’, his son Munna (Divyendu) dreams of setting his own rules as the next King!

But it isn’t easy with Ali Fazal’s Guddu Pandit and Shweta Tripathi’s Golu Gupta not only baying for their blood, but also gunning to take over Mirzapur. The play-by-the-rule Golu trading the books for guns is a revelation we all were waiting to happen. Fierce and determined, she means business as she joins hands with Guddu to declare an unforgiving war against Munna and his cronies to avenge the deaths of their loved ones.

New entrant Isha Talwar’s role looks intriguing, while Rasika Dugal gets seductively dangerous in her second outing as Kaleen Bhaiyya’s adulterous wife, Beena. The curiosity is heightened with Anjum Sharma’s role as the doting, educated son, Sharad Shukla, who returns to avenge his father’s killing (Godfather’s Michael Corleone?!).  Will he prove to be a formidable foe, is something we are watching out for.

Mounted on an even larger scale than earlier, the season 2 of the crime drama seems darker in comparison. High on bloodshed, hard-hitting punch-lines, plot twists and shocking surprises, the 10-part Mirzapur 2 is promising to be every bit as interesting as its predecessor and the trailer heightens expectations of Season 2 to be an even grittier, gorier, gutsier, gripping affair. So, let the countdown begin! 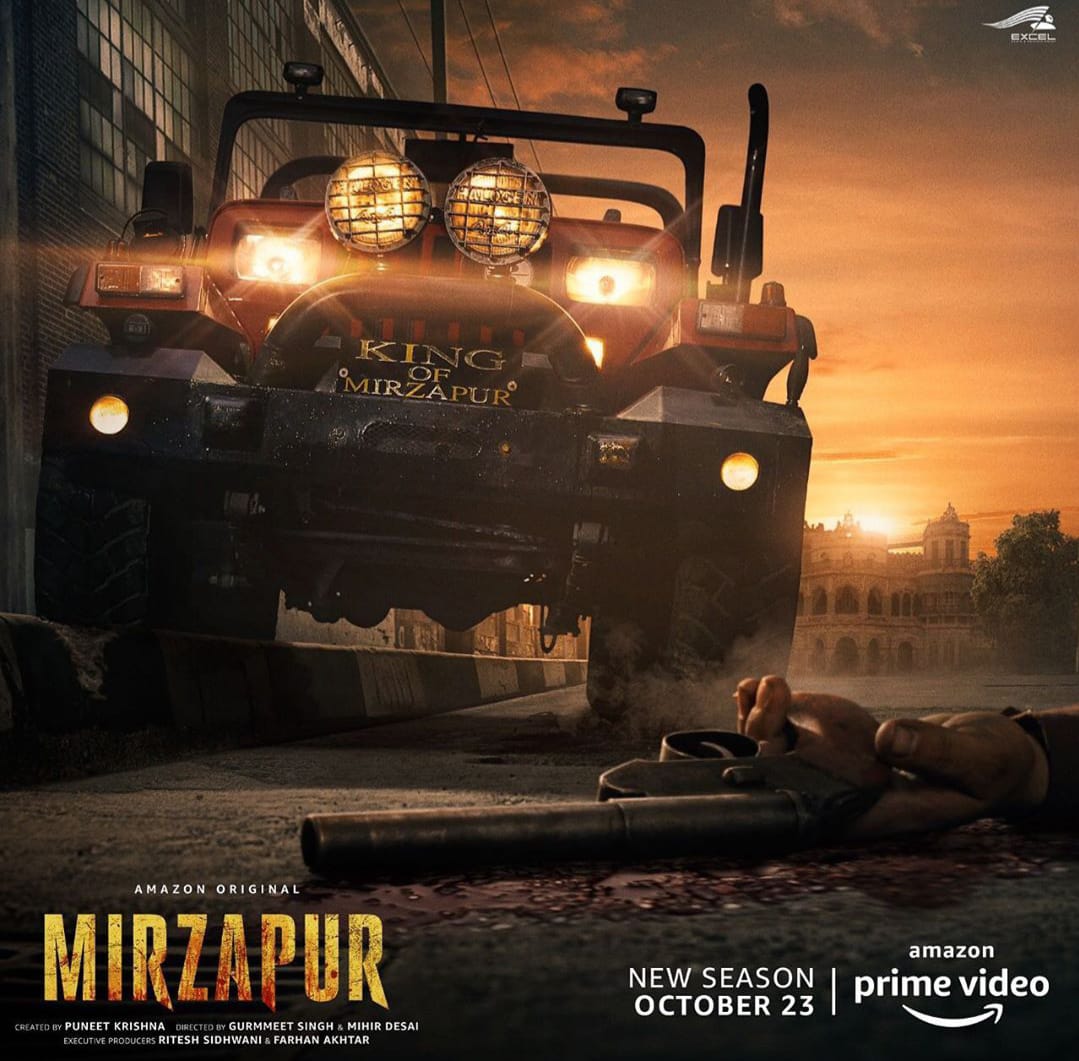 No Damsels in Distress: 5 times actresses nailed the roles of Femme Fatales!

0
Aakanksha Naval-Shetye October 6, 2020
No Comments Yet

Filmfare ME Social Night: Check out the complete list of Winners