Sanjay Gupta dropped the teaser of his upcoming crime period drama Mumbai Saga starring John Abraham and Emraan Hashmi. Set during the time when the encounter specialists were hot on the trail of the underworld and Mumbai was still Bombay, the filmmaker and the lead stars also shared their looks in the film and announced that is slated for a theatrical release on March 19. The film’s trailer is set to release tomorrow. 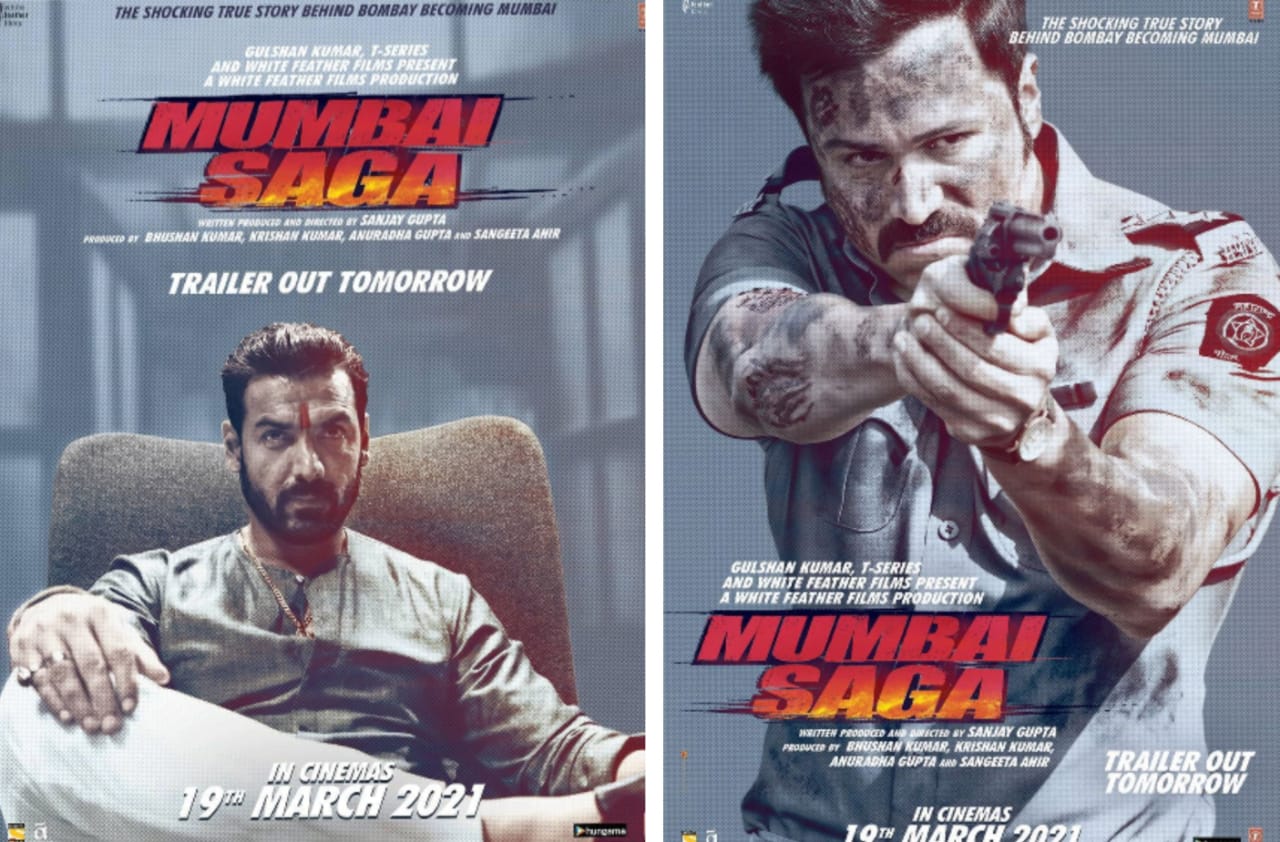 Check out the teaser shared by John Abraham here:  https://www.instagram.com/tv/CLqjpseKDis/?igshid=r2vxc1jzsj4w

While John’s character is that of a dreaded gangster who wants to rule Bombay’s underworld, Hashmi is a cop set to maintain law and order in the city.

Directed by Sanjay Gupta, Mumbai Saga is produced by Bhushan Kumar and Krishan Kumar under their banner T-Series.

Interestingly, John had earlier played the role of a gangster in Gupta’s Shootout At Wadala (2013). The film also has John team up with Hashmi on screen for the first time.

0
Aakanksha Naval-Shetye February 25, 2021
No Comments Yet