Actor Rishina Kandhari has been known for her parallel lead roles in shows such as Yeh Un Dinon Ki Baat Hai, Tu Sooraj Main Saanjh Piyaji and many more. She is currently in Sony TV show Ishaaron Ishaaron Mein. Be it grey characters or positive roles, Rishina has always been someone who has portrayed each character with the same integrity. However, the actor says that she is now on the lookout for the main lead characters. “Initially, when I started, my daughter was very young. So, I stayed away from lead roles as they are very time-consuming. And later, I got famous for all the parallel roles that I played in my shows. Now, that I can devote my time fully to a project, I am ready to take the main lead,” she says.

Well, she might have gone for less time-consuming roles at that time, she has never considered her marriage or the fact that she is mom, a hindrance to her career. “Being an actor is my job, and gone are the days when people wanted actors to be single or not be parents. Today, all big celebrities, including me, of course, are married or are seeing someone. Marital status does not matter at all,” she says.

Ask her the kind of characters that she enjoys the most, and she says, “Negative characters have a lot of potential, you add a lot to the character. Whereas, while playing a positive character you have to follow the characteristic of that particular character narrated to you and play it in the same way throughout the show. But I prefer playing positive roles as our Indian audience connects to them easily and can relate to them more.”
The actor says that she is a big believer of luck and destiny and feels that it really helps in showbiz. “I do believe in luck and destiny, no one can take away what’s in your destiny. There are so many actors who are lucky to be where they are today without talent and are very famous. I praise their luck and feel happy for them. If I am destined to do well, I shall do that and no one can stop me from doing so,” she says. 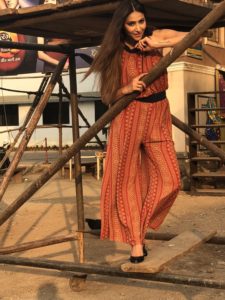 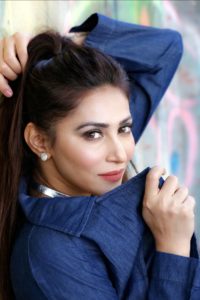 New Poster of Akshay Kumar’s Bachchhan Paandey released; trailer out on THIS date!