“Oman Loves Bollywood” says the Omani singer Haitham Rafi who started his journey to fame from the heart of India. Hanan Yehia Mulazem speaks with him about his journey, his plans, and why he chose Bollywood as a starting point.

When did you start singing Hindi songs?

I started singing Hindi songs since my childhood. As I used to watch Bollywood films and I loved this type of songs. I learnt how to play guitar and mixed Arabic and Hindi songs. My friends who suggested me to try the Hindi style and were impressed with what I did.

Yes. My father, My sister and my brother. We love Bollywood movies and songs. Actually, Oman loves Bollywood and shows a big interest in these films and songs.

How did you become part of the Dil Hai Hindustani reality show?

I was working in a bank in Oman, but then I decided to submit my resignation letter and go to the show. I faced many difficulties, even my mother didn’t agree at the beginning. Especially that I was going for the auditions and nothing was for sure.  It was hard to find a job, but I decided to follow my dreams and asked her to trust me. I never imagined that I will win, I got people voting for me from all around the world. 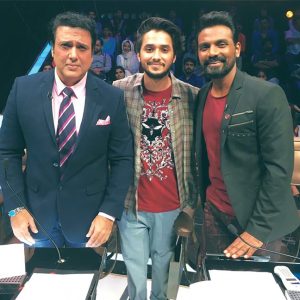 Tell us about the challenges that you faced in your journey…

Many TV. shows rejected me, but I didn’t give up. I decided to move on and try my best till the end. As well as some people who don’t respect the art in all his colors were trying to frustrate me.

What is your most special moment at Dil Hai Hindustani?

There is no special moment, because all of it was special to me. It was like a musical school for me. I have learnt more about art. Met big stars such like Shah Rukh Khan, Anushka Sharma, Akshay Kumar and many more to mention. Like, Alia Bahat and Varun Dhawan. I have never imagined that one day I will get the chance to sing and dance with the King Khan. 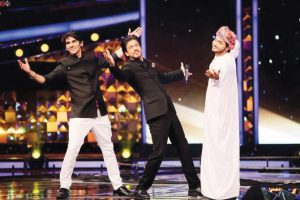 Is it difficult to sing Hindi songs as an Arabic speaker?

Sometimes, you will have difficulties in the pronunciation or the rhythm of the song itself.  Mixing two songs in one song was a task but I handle it. The rhythms of Arabic and Hindi songs are completely different. But this is what people loved!

Tell us about your recorded songs…

I have one recorded song. The song called Aye Khuda, set to music by me and written by my friend from Bollywood. We shoot a video clip in Mosco as well.

If you got the chance to act in Bollywood film, will you go for it?

Of course, I will. I love acting. I went to some acting auditions and tried. Even I went to the auditions of the Hollywood film Aladdin.

Tell us about your upcoming plans…

I sang a song in Devil’s Daughter film casting Esha Deol and Jackie Shroof. Still not sure when the film will be released. And right now, am busy with The Voice Ukraine. And working on an album.

What is your favorite Indian dish?

Your favorite stars from Bollywood? 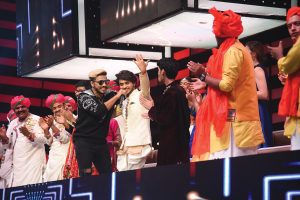