Baahubali star Prabhas has adopted 1,650 acres of reserve forest at Khajipalli village on the outskirts of Hyderabad and donated Rs 2 crore for the area to be developed into an eco-friendly park.

Prabhas has once again revealed his generous side. The Saaho star had earlier this year (March 27) donated Rs 4 crore towards fight against the Corononavirus and now the Telugu actor has announced his decision of taking up 1,650 acres of Khajipally reserve forest to be developed into an eco-friendly area. He also handed over ₹2 crore to forest officials for the development of this reserve forest, which is 20 kms from Hyderabad. The actor took to his instagram to share the update. 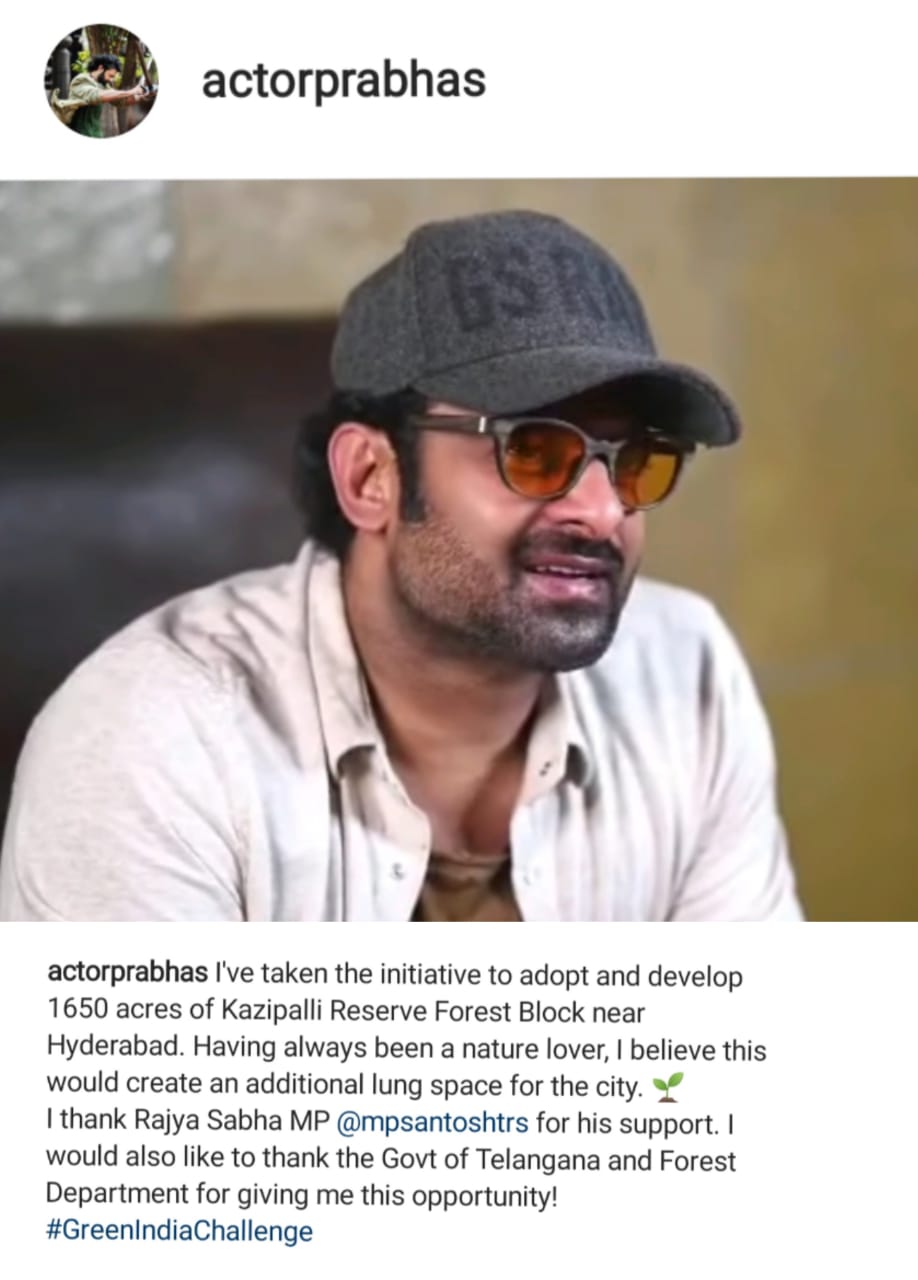 Prabhas has taken up this initiative as part of the Green India Challenge promoted by his politician-friend Joginapally Santosh Kumar and stated that he would donate more depending on the progress of the work. As per reports, a small portion of the land will be converted into urban forest park, while the rest of the forest is going to be conservation zone.

Meanwhile, the star is riding a professional high with three mega-films under his belt. The big-budget pan-India releases include Radhe Shyam with Pooja Hegde, bank-rolled by T-Series and directed by Radha Krishna Kumar, Om Raut’s magnum epic Adi Purush that also stars Saif Ali Khan as the antagonist and then there’s Nag Ashwin’s ambitious sci-fi opus ‘Prabhas 21’ with Deepika Paduoke produced by Vyjayanthi Movies who mark their 50th film with this thriller-drama.

0
Aakanksha Naval-Shetye September 8, 2020
No Comments Yet