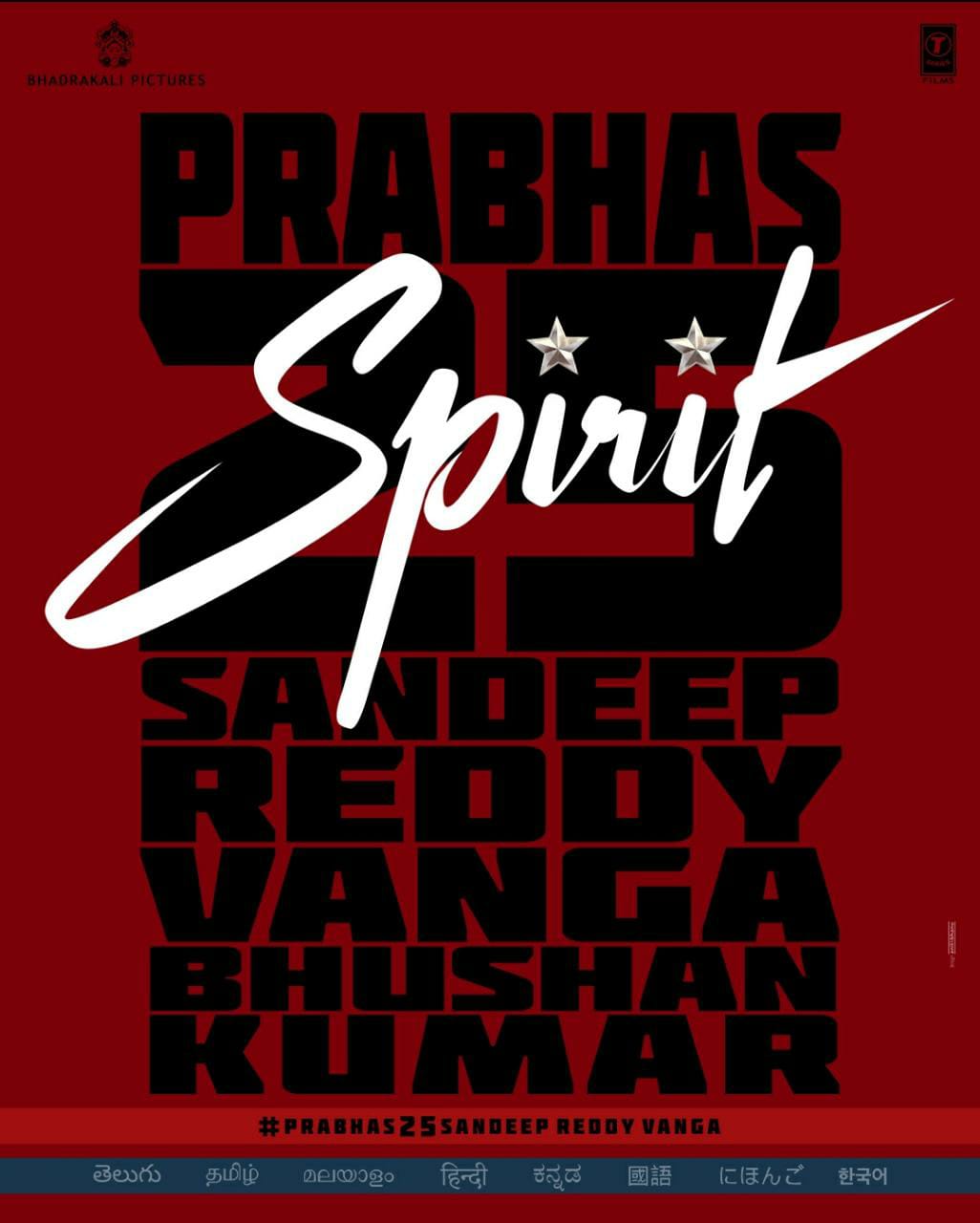 Prabhas locked his 25th film, which is his fourth film with Bhushan Kumar of T-Series, that will be helmed by blockbuster director Sandeep Reddy Vanga. This will be produced by T-Series and Bhadrakali Pictures.

The trio of Prabhas, Bhushan and Sandeep have now joined hands for Prabhas25, titled Spirit. The details of the film are currently being kept under wraps but it is said to release world-wide with multiple regional and international languages as well including Hindi, Telugu, Tamil, Malayalam, Kannada, Japanese, Chinese and Korean!

Prabhas shares, “This is my 25th film and there is no better way to celebrate it. Spirit has a great feel in the story and it’ll be a special film for my fans too. Working with Bhushan Kumar has always been easy and comforting and he is one of the best producers we have, who I share a great rapport with. Sandeep is a dream director for all and now with Spirit, I have got the chance to associate with such a powerhouse of talent. It’s an amazing storyline and I can’t wait to start working on SPIRIT as my fans are eagerly waiting to see me in this avatar for a very long time.”

Producer Bhushan Kumar adds, “It’s always been a pleasure working with Prabhas. Spirit will be our fourth film after Saaho, Radhe Shyam and Adipurush and it can’t get bigger and better than this. This will also be our third project with Sandeep who has already delivered the blockbuster Kabir Singh and is now working on Animal. Spirit will not only be one of our biggest projects but it will also be a very special one as it’s Prabhas’ silver jubilee film as well.”

Filmmaker Sandeep says, “Announcing 25th film with the India’s biggest superstar will be the biggest news for his fans throughout the world. Working with Prabhas garu will be a great level of excitement and I’m sure the excitement will be doubled once I start to shoot. Everything is big about this announcement because Bhushanji is the biggest producer in the country today who is also a very friendly and understanding producer, he is like a brother too. I’m very happy and comfortable associating with T-Series and my brother Pranay Reddy Vanga of Bhadrakali Pictures for the third time.”

Super-talents Kajol - Revathy come together for The Last Hurrah

0
Aakanksha Naval-Shetye October 7, 2021
No Comments Yet