Even as the fans were gearing up to watch Rana Daggubati and Sai Pallavi in never-seen-before roles on the big screen in the upcoming Virata Parvam, the makers have shared that the film’s release has been postponed. The teaser was released last month (March) and had piqued the curiosity among theatre-goers. However, the film that was slated to release on April 30, has now been postponed due to spike in Covid-19 cases across the country. 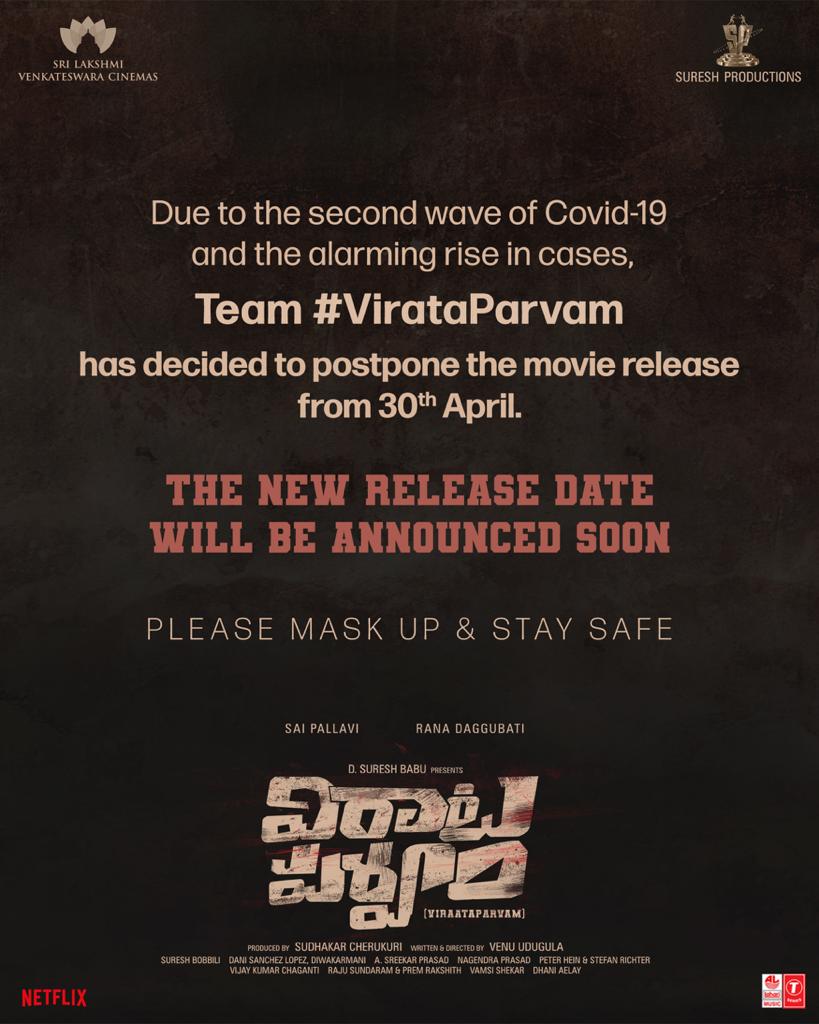 D Suresh Babu is presenting the film and Sudhakar Cherukuri of Sri Lakshmi Venkateswara Cinemas is bankrolling it. Dani Sanchez Lopez and Divakar Mani handled the cinematography, while Suresh Bobbili scores the music.