Basking in the glory of 2021’s first blockbuster Krack, South star Ravi Teja has given a nod to yet another interesting project. Although Ravi Teja committed to do films with other directors, he advanced Sarath Mandava’s movie, since he was bowled by the script. Billed to be a unique thriller with story inspired from true incidents, Ravi Teja is touted to play a never-seen-before role in the movie. 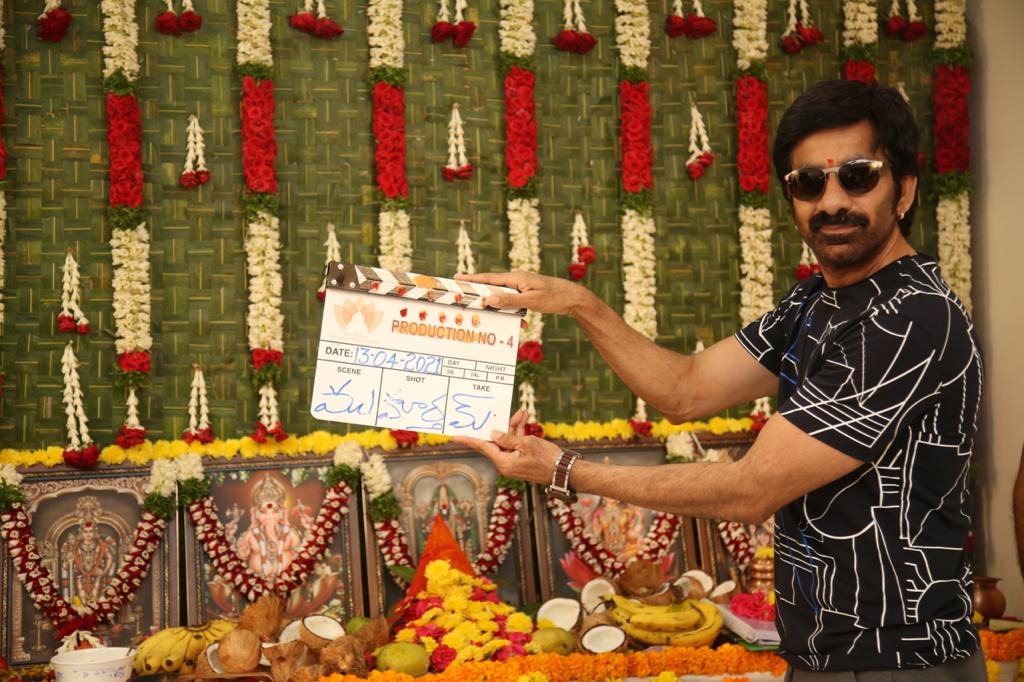 The film is being directed by debutant director Sarath Mandava, who has earlier worked as a writer for films of Venkatesh, Ajith, Kamal Haasan, Mohan Lal, amongst others.

Divyansha Koushik of Majili fame has been roped in as the leading lady opposite Ravi Teja in the film to be produced by Sudhakar Cherukuri under SLV Cinemas LLP. Sam CS will score music, while Sathyan Sooryan will crank the camera.

The production no 4 of SLV Cinemas LLP was launched in the film’s office with a small ceremony. For the auspicious clap-shot, Ravi Teja sounded the clapboard, while Mythri Movie Makers producer Ravi Shankar switched on the camera. Producer Sudhakar Cherukuri handed over the script to director Sarath Mandava. The film’s shoot will begin from this month.