Pa Ranjith who has given us amazing action-packed movies like Kaala and Kabaali starring Rajnikanth is back in action directing Arya in Sarpatta Parambarai. Director Pa Ranjith revealed the poster of his maiden collaboration with Arya on Twitter with a caption in Tamil that roughly translates to, “Opportunities here aren’t readily available. This is an unbelievable game. Kill it.” 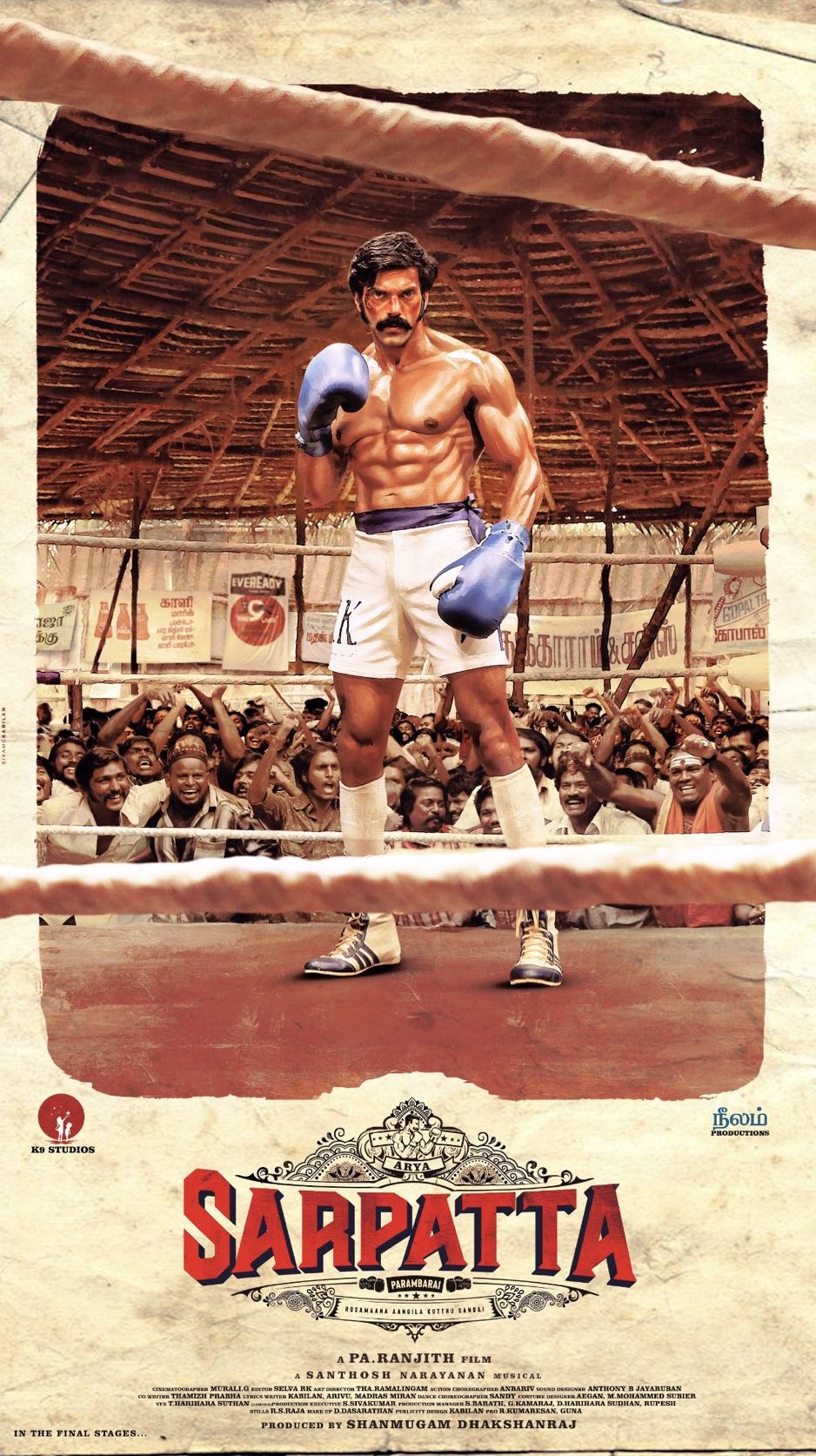 Arya, who was last seen with Suriya in the 2019 action thriller Kaapaan looks like he is in a beast mode and ripped as he stands in with his boxing gloves, ready to knock you out. Arya will be playing the lead role of a boxer in the 1990s in Sarpatta Parambarai. Actor Arya has been posting images and videos of his intense workouts on his social media prior to the poster reveal. He thanked Pa Ranjith and all the makers and his co-stars of the movie for helping his dream come true in a tweet.

Sarpatta Parambarai will also star Kalaiyarasan Anbu, Santhosh Prathap, Dushara Vijayan, John Kokken, and John Vijay. Like most movies and projects, the production and shooting of Pa Ranjith’s next were halted due to the Coronavirus pandemic. However, now the movie is back on track. The sports drama is all set to hit the screens in 2021.