Pakistani actress Saba Qamar has called off her wedding with fiancé Azeem Khan. The actress, who had made her Bollywood debut starring opposite the late actor Irrfan in Hindi Medium, took to her social media to make the announcement. Citing personal reasons, the actress shared that she has called off the wedding. Saba’s announcement follows reports of a woman accusing the blogger-influencer of sexual harassment. Reportedly, the woman made the claims a few days after he announced his engagement with the actress.

Highlighting that she had never met Azeem, she insisted that they were in contact strictly over phone. She posts: “Hi everyone! I have a very important announcement to make, due to a lot of personal reasons I have decided to call it off with Azeem Khan. WE ARE NOT GETTING MARRIED NOW. Hope you guys will support my decision just like you all have been supporting me always, and I guess it’s never too late to realise the bitter realities. I also wanted to clear ONE IMPORTANT thing that is: I have never met Azeem Khan in my life we were only connected over the phone. It’s a very hard time for me right now but as we all know ‘this too shall pass’ Insha Allah. Much love to you all.”

Azeem on his part replied to Saba’s post taking full responsibility of their split and shared, “Saba you have the most amazing soul and you deserve all the happiness in the universe. May God bless you with all the success and love. Difficult roads often led to beautiful destinations. And yes, I would like to take full responsibility of this breakdown.” 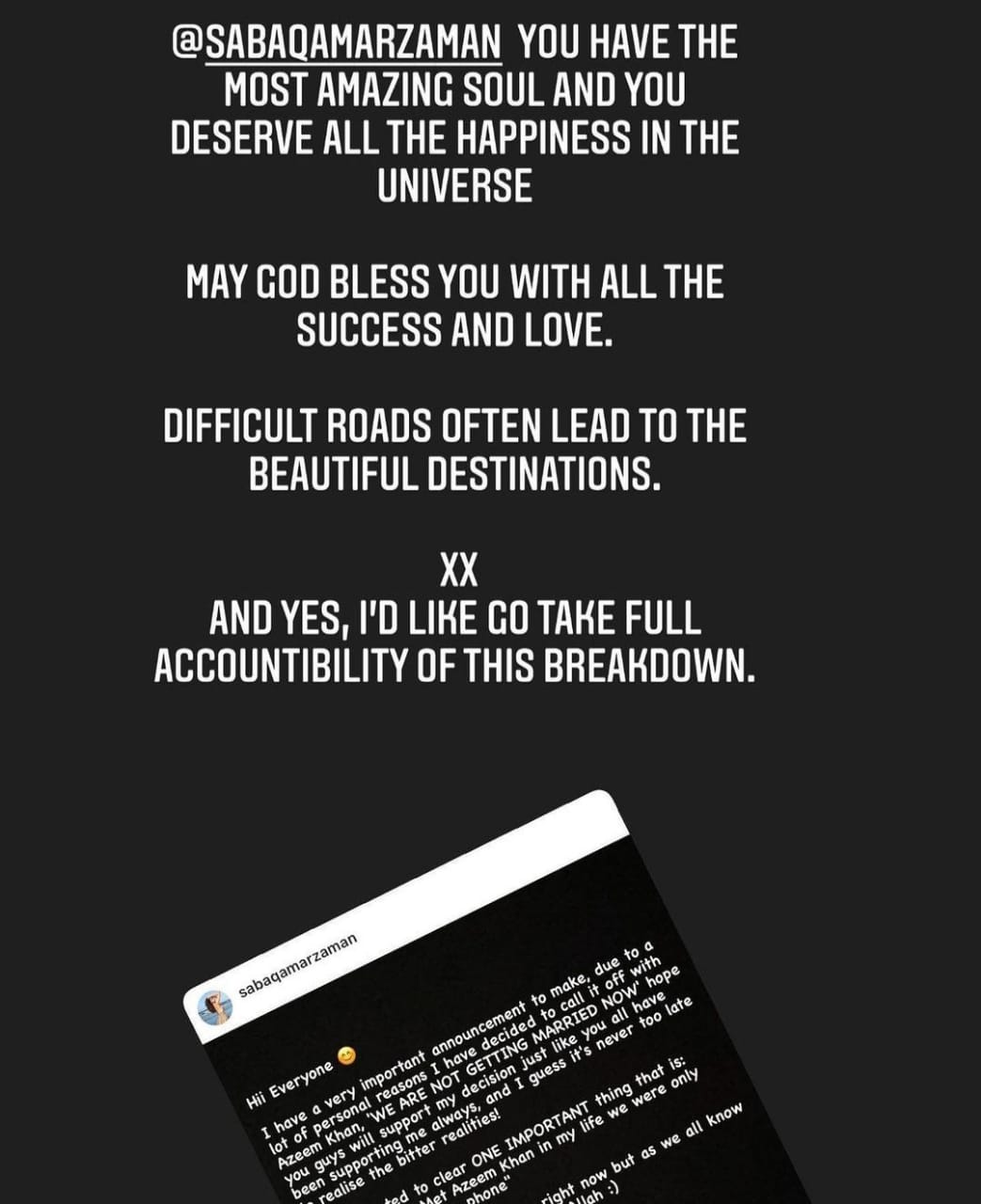 0
Aakanksha Naval-Shetye April 2, 2021
No Comments Yet