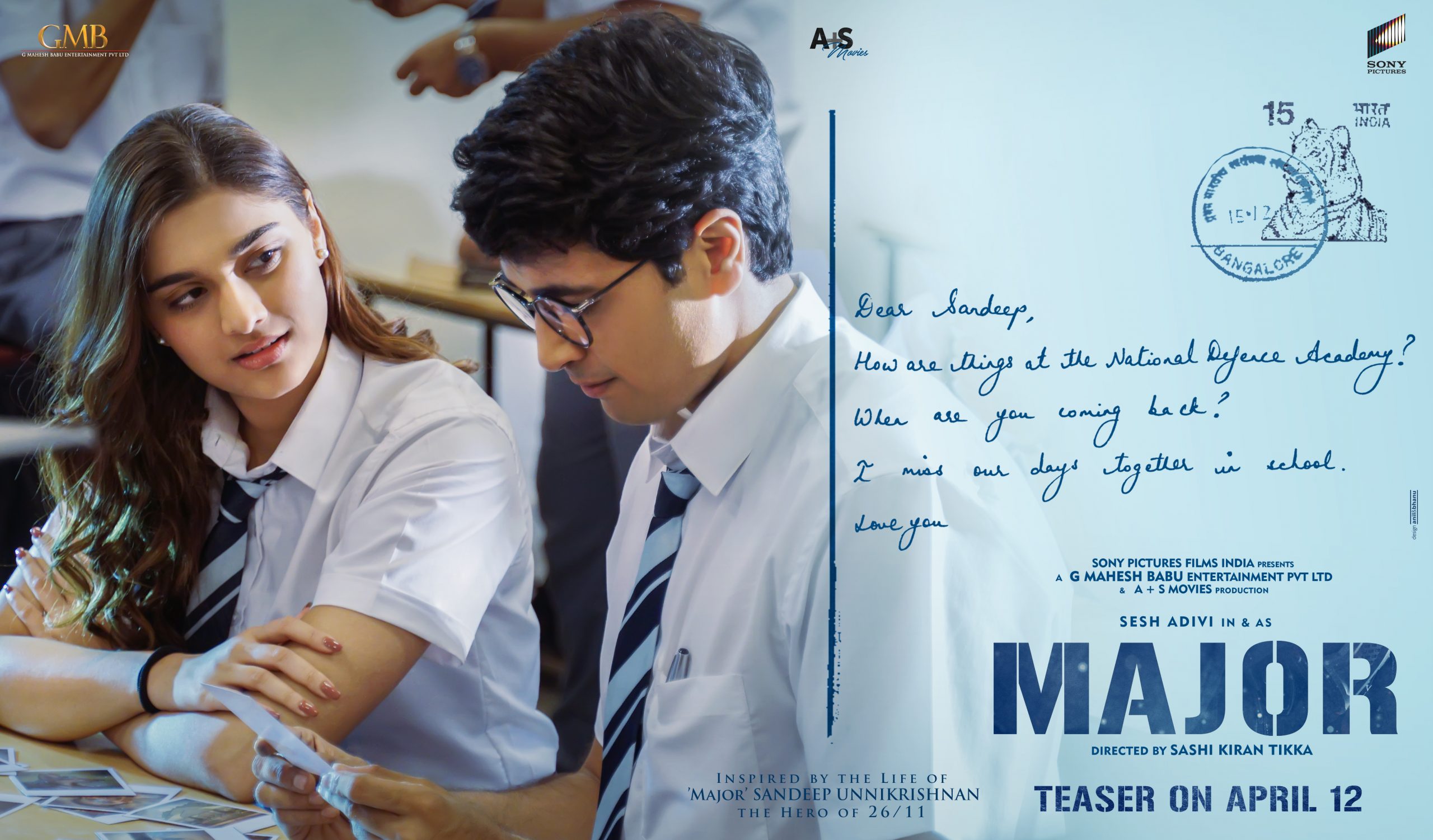 After generating huge anticipation with the striking similarities between Major Sandeep Unnikrishnan and Adivi Sesh in the character posters of the upcoming film Major, the makers have unveiled the first glimpse of the leading lady Saiee Manjrekar. The teaser of the film will be unveiled on April 12.

The poster released today (April 4) features Saiee Manjrekar and Adivi Sesh in their much younger look and in school uniforms while studying in Frank Anthony Public School, Bangalore.

The most-captivating aspect of the poster is the hand-written letter addressed to Sandeep by his ‘special friend’, expressing her concern for him as he sets off to the National Defence Academy.

Tracing varied phases from teenage years to adulthood, Saiee Manjrekar depicts a character arc spanning over the years along with Adivi Sesh, and will be seen in multiple looks through the film.

After impressing the audiences with her debut film Dabangg 3, Saiee Manjrekar embarks on yet another beginning as she marks her Telugu debut with Major. Being fairly new to the industry, Saiee amazed the makers with her undistracted dedication and hard work towards the project.

Known for his valour and courage, Major Sandeep Unnikrishnan is fondly remembered for his bravery and sacrifice in the 26/11 Mumbai attacks. However, the brave army officer had an eventful life while serving the nation. Major, the film pays a tribute to the martyr by bringing to screen his heroics during the terrorist attacks and celebrates the spirit of Sandeep Unnikrishnan’s life.

0
Aakanksha Naval-Shetye April 4, 2021
No Comments Yet