This fresh update on ‘Tiger 3’ might is all set to excite Salman Khan fans. Reportedly, before Salman Khan could start filming for the third installment of ‘Tiger’ franchise, the actor will invest a lot of hard work, prepping for the action sequences in the film. 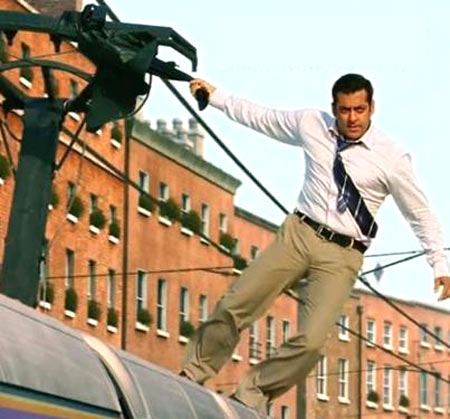 Accordingly, the actor is following a strict diet that follows a rigorous workout sessions to do justice to the character. Not only that, Salman is also going to learn a few new techniques that will help him get into the character of a RAW agent in the Maneesh Sharma-directed venture at his Panvel farm house. Salman will meet the international team after the grand finale of ‘Bigg Boss’ and he is expected to learn parkour. A report also suggests that Salman is learning the art of prowling at his farm house in Panv

Moreover, the producer Aditya Chopra has appointed an international team of highly trained stunt coordinators from South Africa. They were flown down to Mumbai to help Salman get fitter.

Who does Katrina Kaif want to dance a duet with? No, it is not a Bollywood star!