Sanjay Dutt has been admitted to Lilavati Hospital, Mumbai, on Saturday evening, after the Bollywood star complained of breathing issues. The actor was tested for Covid-19 and he has tested Negative. However, since he had fluctuating oxygen saturation level and discomfort in breathing, he has been kept under observation in the non-Covid ICU ward. 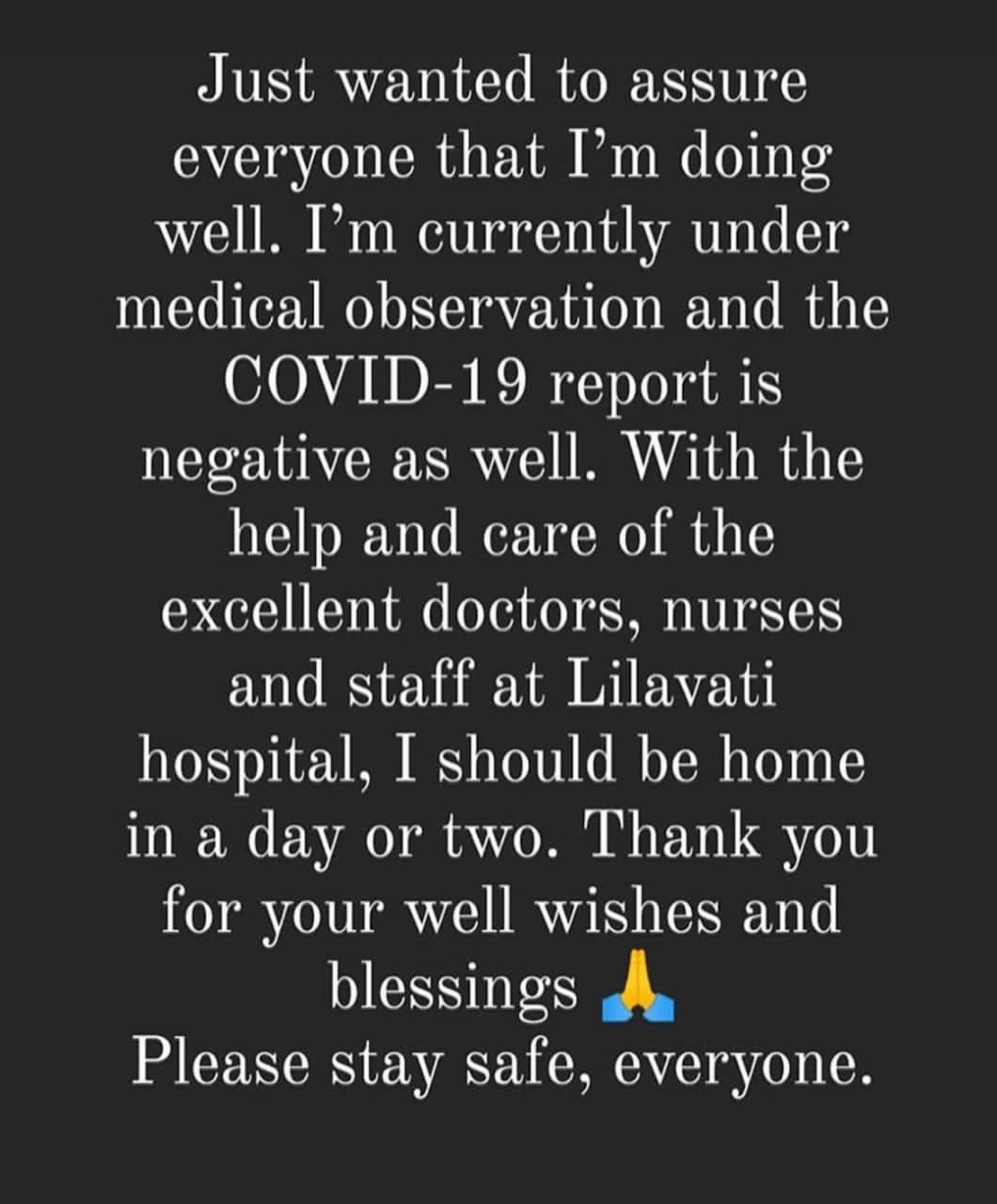 Dutt’s wife Maanayata and children are currently in Dubai, as that’s where they were when the Lockdown was announced. Meanwhile, the actor who recently celebrated his 61st birthday (July 29) will next be seen in Sadak 2. The actor is also slated to resume shooting for his South debut, the Yash-starrer K.G.F Chapter 2 from August 15 and the makers had unveiled his first look as the antagonist Adheera on his birthday earlier on July 29.

Rana Daggubati ties the knot with Miheeka in an intimate ceremony

0
Aakanksha Naval-Shetye August 8, 2020
No Comments Yet