She’s barely 18 years old, but the stunning Celina Sharma is already a name to reckon with in the international entertainment industry. Having collaborated on chart-topping singles with singers like Emiway Bantai, Badshah, Asees Kaur… the singer-songwriter’s soaring at heights that most established names can only dream of and the world’s her oyster. This sensational young artiste has most recently lent her voice for one of Marvel’s upcoming big ticket movies! And in an exclusive chat with Aakanksha Naval-Shetye the gorgeous performer reveals this is only the beginning of realizing her big Bollywood dream:

Your dad is Indian, mom is Italian, you’re born and brought up in Australia, love Punjab, dream of Mumbai, live in London and are currently in Dubai… Where does your heart belong?
I think that would be Punjab! Since my dad is from there, I have a natural affinity towards the place and the culture, it’s like going back to my roots. But I do want to work in Bollywood so Mumbai’s where my sights are set. Australia is where I’ve grown, and that’s a place I love,  and London is where I moved to when I was 15 to pursue my dream as an artiste, and it holds a special place too. And Dubai, I just love the shopping and the vibe here. 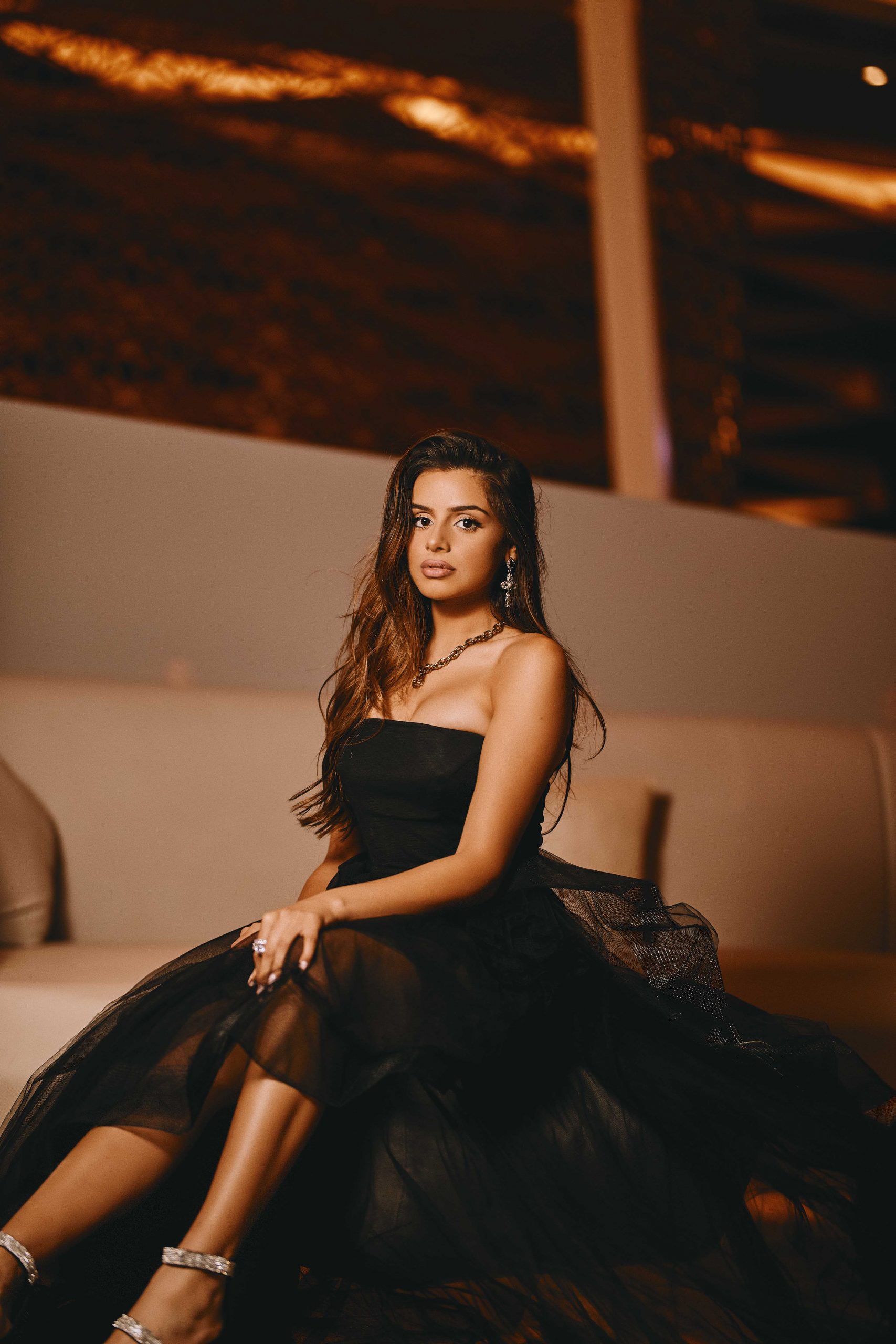 You have lent your voice for an upcoming Marvel movie…
Yes, and it’s more special because Marvel Cinematic Universe’s (MCU) Avengers happens to be one of my favourite films. As for the film that I have recorded for, I’m not at a liberty to reveal anything about the project, except that being Marvel it is huge and I’m beyond thrilled! To be a part of a Marvel movie is obviously like a dream and I’m grateful that everything is happening at such a young age. But I am only five percent of where I want to be, and I have a long way to go.

When did you first decide to be a singer?
Since I was 6. That’s when I started learning music too. Besides, Bollywood has always been a huge influence, and I would love singing and dancing all the while. So, Bollywood and being an artiste is a dream I’ve nurtured since I was a kid and when I was 15, I decided to pursue it seriously and moved to London where I signed my big contract with Virgin EMI. I realized early on that to chase your dreams you have to make sacrifices, and for me leaving behind Australia to pursue what I wanted to do was just that. 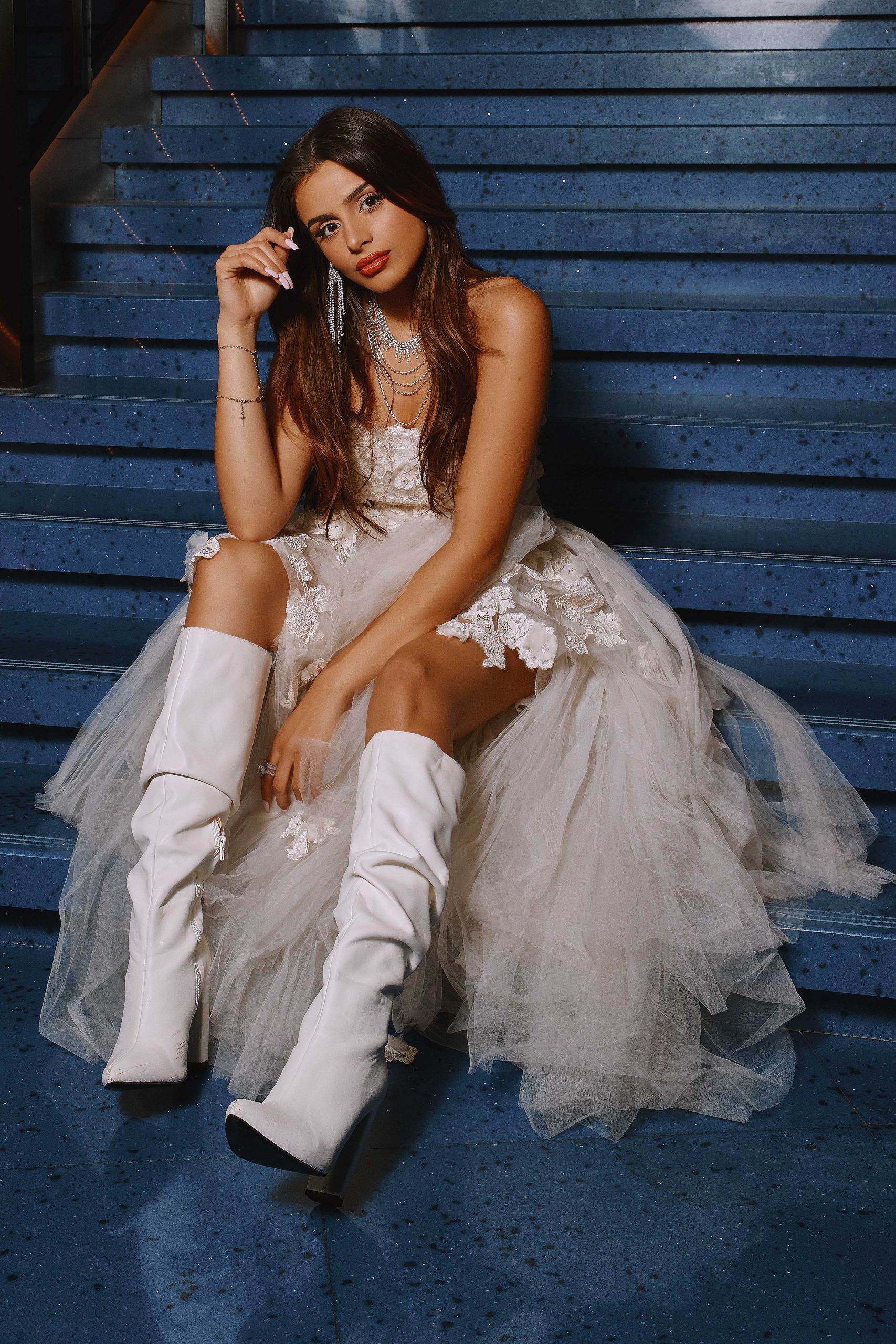 You have a following of 1.5 million plus on TikTok and you have cracked the masses, and the classes globally… what’s on your plate in the long run?
Yes, after signing the label my first major single was ‘Lean on Me’ with Emiway Bantai which was last year, then there was my single with Badshah and I’ve done a song with Asees Kaur on my remix. We are working on a few more songs with her. Plus this Marvel movie coming up, also I went on tour with the global DJ Jonas Blue, so travelling around UK, I’ll be going to Japan, then to India.

What about Bollywood?
Well, I have always wanted to be a performer, and Bollywood has been a staple all through my growing years too, so I really want to be a part of the film industry, though I want to do something in singing first. I want to be a global artiste and represent India and be an inspiration to girls across.

And acting?
Yes, I would like that, I’ve always loved it. I’d love to do comedy and like I said, I enjoy dancing and singing too. So, I’d love to do something.

Having achieved so much at such a young age must’ve required hard work and sacrifices, especially as a teenager…
Maybe sometimes I do wish I could be hanging out with my friends instead of being in a studio all day, but the end result makes it worth it all. Also, I’m very careful about maintaining a good profile, because there are young people who are looking up to you. A lot of them are kids, so I make sure I am a good influence and hope they look up at me as an inspiration and I take this responsibility seriously.

Who are the artistes that you look up to?
That would be Beyonce! She’s definitely my idol and she too shares a very beautiful and a strong relationship with her mom just like I do with my mom. Since a young age, she’s been chasing her dreams, working her hard and she’s really influenced me as an artiste and as a person.

What do you do when not busy with your recordings?
I’m like any other girl my age, I like hanging out on the beaches, I love dressing up, so fashion, jewelry, shopping is huge! I love letting my hair down and having fun. I love a few series, so l catch up with those when I have time.

Have you had to deal with trollers?
Oh yes, there are always haters and trollers, but I believe am stronger than them. I always knew that it won’t be easy and there’ll always be such people, but I just block out all the hate. I have developed a strong mentality of determination and hard-work and I know who I am. It’s a dream I’ve had since I was six and I have never given up. I know things will push you down, but I’ve always believed in getting back up.

Christmas Special: Top songs to must add in your Christmas playlist!

Christmas Special: 5 Merry events in Dubai you need to check out now!