Dil Bechara star Sushant Singh Rajput has been posthumously honoured by the Californian State Assembly for his contribution to society. His sister, Shweta Singh Kirti shared the announcement on her social media. The honour has been conferred on the late actor lauding him for his immense contribution to cinema and the society and in appreciation of his philanthropic work. 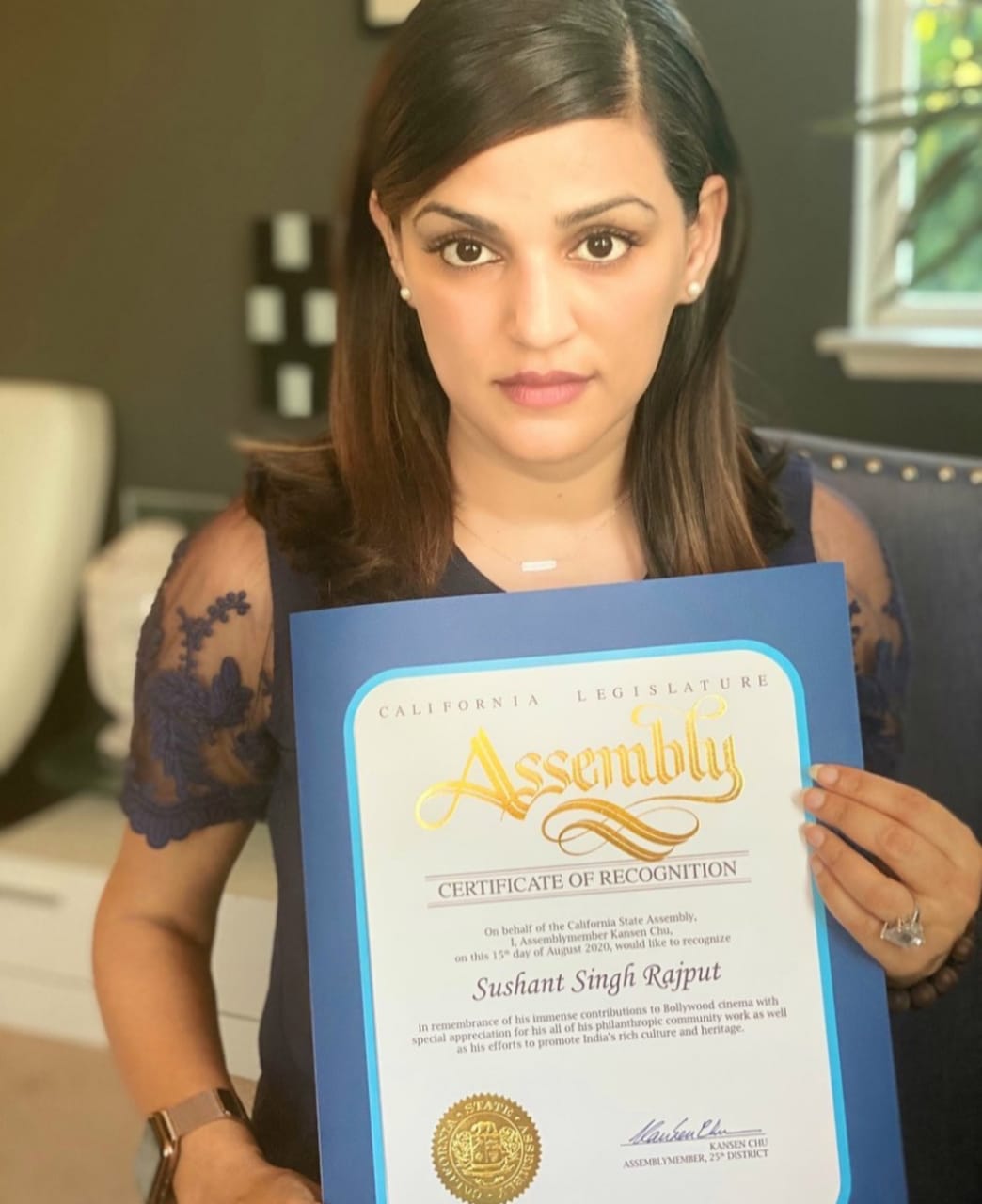 In the post shared today alongwith a picture of Shweta holding the certificate of recognition, she says:  “On the occasion of Indian Independence Day California recognizes my brother’s (Sushant) overall contribution to society. California is with us…. are you? Thanks for your support California.” See the post here: https://www.instagram.com/p/CD5QdXnlF03/?utm_source=ig_web_copy_link

Sushant Singh Rajput’s death is currently under investigation after he was found hanging at his home in Bandra, Mumbai on June 14, 2020. The late actor’s family has filed several cases against his girlfriend Rhea Chakraborty, including abetment to suicide. She was recently even questioned by the ED about the financial transactions that seem to have taken place between Sushant’s account and hers including huge funds being transferred to her account since the past year. There’s been a widespread demand for the investigation to be handed over to the CBI for enquiry and the #WarriorsForSSR, #justiceforSSR, #GlobalPrayersforSSR and #CBIforSSR are being supported by former girlfriend Ankita Lokhande, his fans and several from the industry including Kangana Ranaut and Varun Dhawan.