Based on the life of late actress-politician J Jayalalithaa, Thalaivi stars Kangana Ranaut as the former CM, while Arvind Swami essays the role of MGR

Kangana Ranaut is all set to start filming Thalaivi after a hiatus of 7 months and the actress is thrilled to resume the shoot of her bilingual film that has her play the role of late actress and politician J. Jayalalithaa. Sharing her happiness, the Bollywood star shared some of her selfies and tweeted, “Dear friends today is a very special day, resuming work after 7 months, travelling to southern India for my most ambitious bilingual project THALAIVI, need your blessings in these testing times of a pandemic. P.S just clicked these morning selfies hope you all like them.” 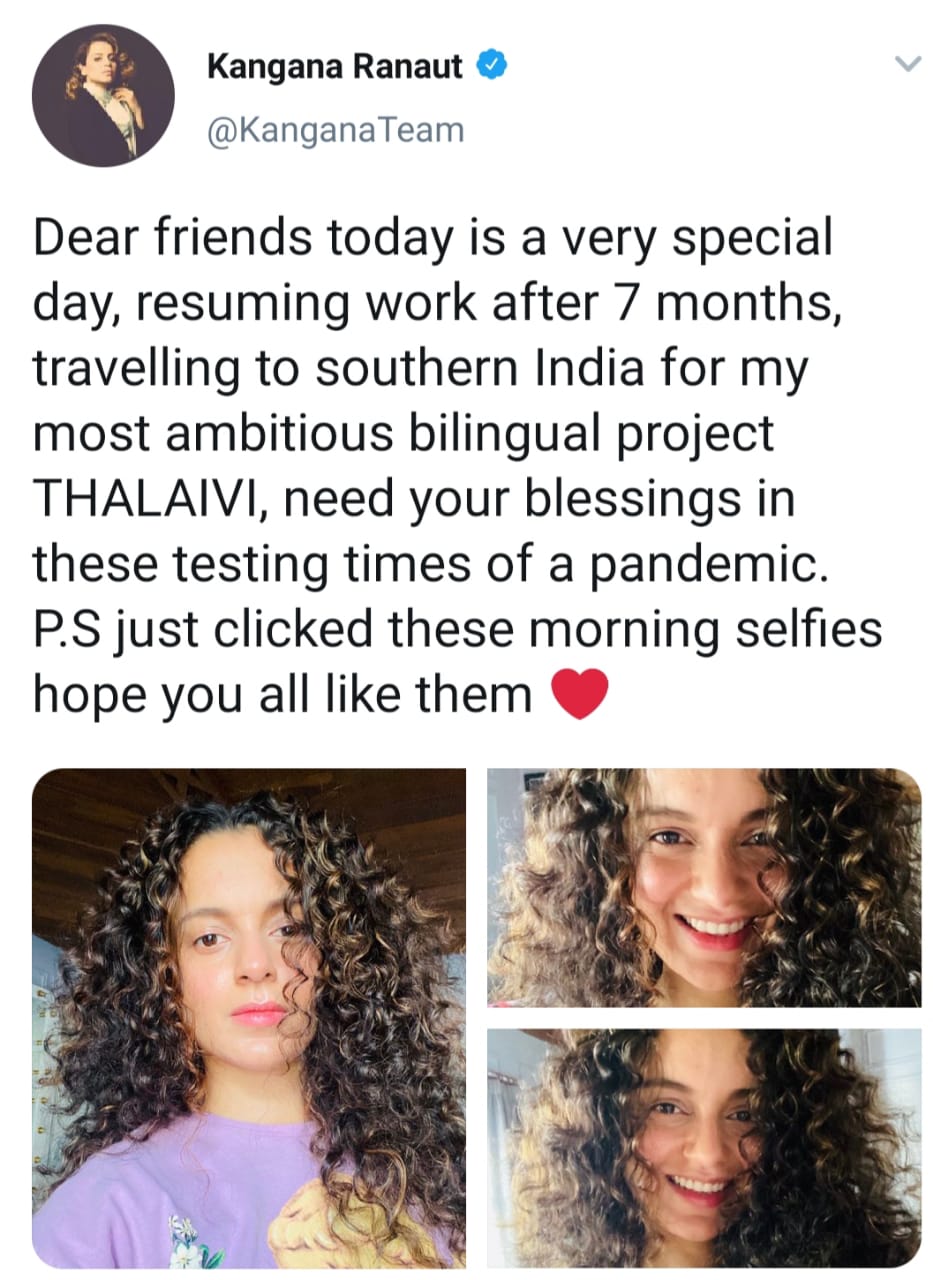 Directed by AL Vijay, the film has been written by Vijayendra Prasad (known for the Baahubali franchise, Manikarnika: The Queen of Jhansi, Bajrangi Bhaijaan). Thalaivi will release in Tamil, Hindi, and Telugu. The actress has been undergoing lessons to learn Tamil for the film. The ambitious project is being produced by Vishnu Vardhan Induri and Shailesh R Singh.

Iron Mask Trailer: Action giants Arnold Schwarzenegger and Jackie Chan to have an epic face-off in this fantasy-adventure!

A Call to Spy Trailer Review: Radhika Apte nails her role as Noor Inayat Khan in the glimpses of this spy-thriller

0
Aakanksha Naval-Shetye October 1, 2020
No Comments Yet