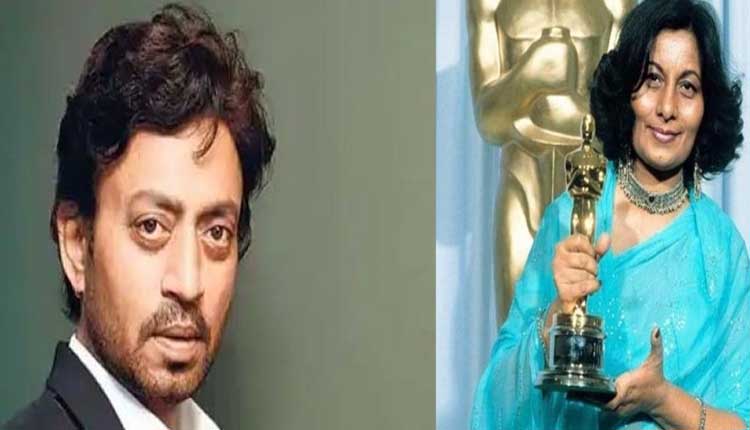 Irrfan has worked in Hollywood films such as Life of Pi, Jurassic World, Inferno and others. Bhanu won the Academy Award for Best Costume Design for Gandhi in 1982.

Last year, the Academy had paid a tribute to Irrfan after his death on April 28. “A mainstay of Bollywood cinema and incredible talent in films like Slumdog Millionaire, Life of Pi and The Namesake, Irrfan Khan left his imprint on global cinema. An inspiration to millions, he will be greatly missed,” the Academy had tweeted. They also featured him prominently in their video montage about ‘hope’ while battling the coronavirus last year.

Irrfan died after a two-year long battle with neuroendocrine tumour. He was last seen on screen in Angrezi Medium, which released just a couple of months before his death.Sean Connery and Chadwick Boseman were also among many others that the Academy remembered in the special tribute segment. Oscar nominee Angela Bassett gave a speech with the tribute, which was shown in the form of a video clip and was a homage to achievers the world of screen lost over the past year, including actors, writers, directors, and technicians.

The late costume designer Bhanu Athaiya became the first Indian to win an Oscar, for her work in Sir Richard Attenborough’s much-feted classic of 1982, Gandhi. She won the Oscar jointly with John Mollo. Athaiya was 91 when she passed away at her residence in Mumbai after prolonged illness last year on October 16. Athaiya had also won a BAFTA Award for Best Costume Design for the film.

In 2012, Athaiya returned her Oscar to the Academy of Motion Picture Arts and Sciences for safe keeping.