The elitist, aspirational, fun series on Netflix, produced by Dharmatic Entertainment, (the digital arm of Dharma Productions), is a Bollywood series without any Bollywood star playing a central role.  It devotes itself to Bollywood wives who are away from the media spot-light. Taking centerstage are Maheep Kapoor (actor Sanjay Kapoor’s wife), Neelam Soni (actor herself and actor Samir Soni’s wife), Bhawna Pandey (wife of actor Chunky Panday and mother to actress Ananya Panday) and Seema Khan (wife of actor Sohail Khan), all supportive star spouses, moms to budding stars and business women in their own right. 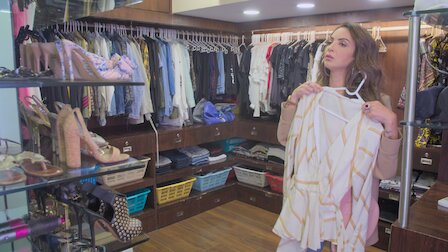 The series is filled with light-hearted banter and an occasion mild altercation usually resolved over good food and drink or a casual trip abroad. The girls let their hair down in a Middle Eastern country because David Beckham chose it too. They party across the country’s most luxurious properties and shopping destinations. Needless to say, that all locations be it airlines, cars, hotels, resorts, and shopping destinations are embedded in the narrative. Back home, a lot of conversations between the women are at restaurants, bars and in each other’s homes and when the pandemic strikes, over zoom calls.  For conscience’s sake, there is also a beach clean-up thrown in (with some funny moments) with film-maker Abhishek Kapoor’s wife Pragya Kapoor leading the operation.

The husbands walk in and out of the frame. Sanjay and Maheep Kapoor accompany their daughter Shanaya to the prestigious and high-brow Le Bal, in Paris. The annual Parisian debutante ball launches the profiles of 20 young, promising women from around the world. While Maheep is shown worried if her husband Sanjay can manage the waltz with their daughter at the event, Sanjay Kapoor keeps an eye on his daughter’s cavalier for the night. Maheep’s, “Sanjay cannot get the “Chembur” out of his life, makes you smile and wince at the same time. Chunky and Bhawna Panday discuss the Filmfare award that Ananya received last year for best debut. Chunky had refused to attend the ceremony because he feels he’s jinxed. Samir Soni, on the other hand can’t be bothered to dress up and attend Neelam’s events because he feels like the outsider. Sohail Khan appears in a couple of scenes with Seema Khan where he is zoom calling their older son.

The series is elitist and courts the high life without apology. But that is what makes it real. The ladies getting all excited about attending Gauri Khan’s bash in the right outfit, might look like they are happy to be ‘included’ in a superstar’s guest list. But it is also true that the group has been thick friends with SRK and so are their star kids, who are shown face timing each other. Karan Johar pulls his friends and proteges  to the show. So we have Janhvi Kapoor , Ananya Panday, Arjun Kapoor, Malaika Arora Khan, Gauri Khan and finally Shahrukh Khan who make special appearances. 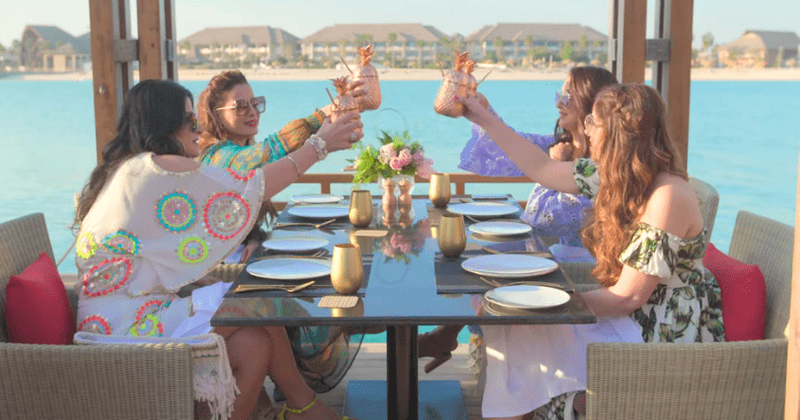 There are lighter moments of Neelam showing the girls a cliched dip step of the 80s and there is girly talk on the hottest actor in B town and a face-lift session as well. If you were to ignore the star element in the series, it will still hold its ground for being a story about four hard-nosed professional women, who work hard and party harder. The presence of the star is an embellishment to its narrative. In more ways than one, the content surrounding a ‘star’ is decentralized in this series because these women are the stars. Worth a watch!

Holiday in Style: Check out these celebrity-inspired vacation outfit goals!

“My films are an extension of my street theatre days,” says Ayushmann Khurrana