Joe and Anthony Russo’s The Gray Man has a new addition to their already star-studded cast! The superstar Dhanush has joined the espionage thriller’s cast and will be sharing a screen with Chris Evans, Ryan Gosling, and Ana De Armas. Netflix announced that along with Dhanush, Jessica Henwick, Wagner Moura, and Julia Butters will also be joining the cast.

Based on the novel of the same name by Mark Greaney, the movie will be an action-thriller comprising of an assassin and a CIA Agent going head to head and engaging in the classic cat-and-mouse game. Dhanush’s role in the exciting movie is yet to be disclosed. The actor took to Twitter to express his excitement about being a part of this action-packed experience. 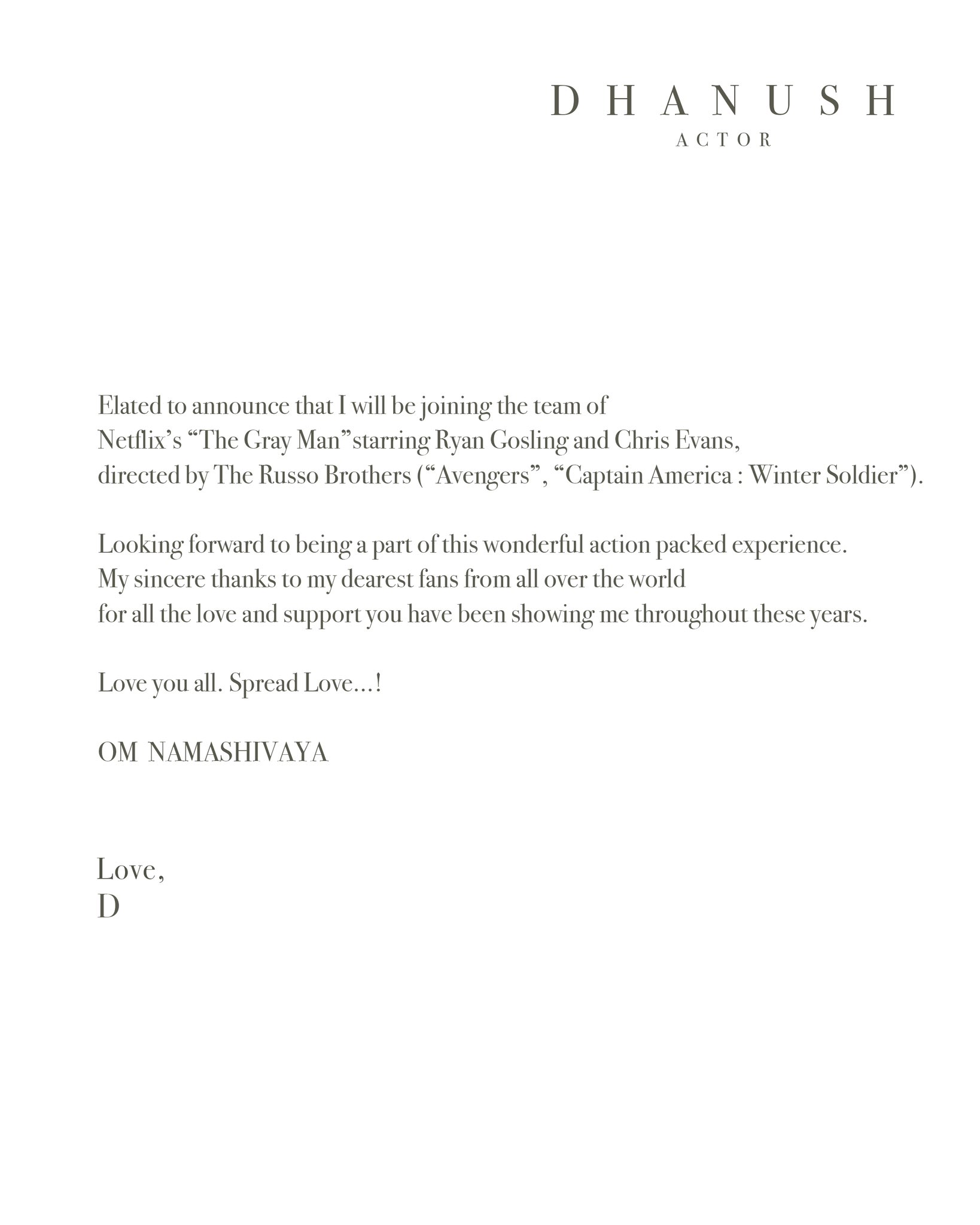 The Gray Man is Dhanush’s second international endeavor after the 2018 movie, The Extraordinary Journey of the Fakir. However, it’s his first Netflix movie. The icon will soon be seen in Jagame Thanthiram. The actor is also gearing up for the 2021 movie Atrangi Re, where he’ll be sharing the screen with Akshay Kumar and Sara Ali Khan.

While the international locations for The Gray Man are still being finalized, the creators are aiming for a start date in January, starting from Los Angeles, California.