The heavyweight Hollywood actor, director, screenwriter, and producer, Sylvester Stallone is now a part of The Suicide Squad’s cast! Director James Gunn who is known for blockbusters like Guardians of the Galaxy under the Marvel Cinematic Universe confirmed the news on his Instagram with the caption “Always love working with my friend @officialslystallone & our work today on #TheSuicideSquad was no exception. Despite Sly being an iconic movie star, most people still don’t have any idea what an amazing actor this guy is”, on Saturday, November 14. Stallone also confirmed the news with a post on his Instagram. 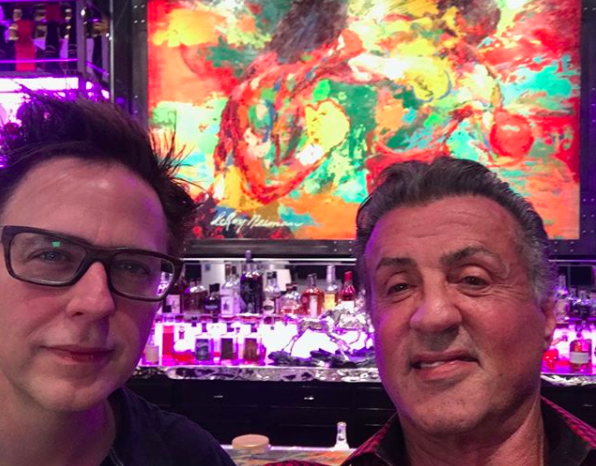 The Rocky star will be joining Margot Robbie, Viola Davis, Jai Courtney, and Joel Kinnaman along with newcomers Idris Elba, John Cena, Nathan Fillion, Peter Capaldi, David Dastmalchian, Taika Waititi, and Pete Davidson in the movie. Speculations suggest Stallone could be the voice behind King Shark in the movie.

This also marks Gunn’s reunion with Guardians of the Galaxy stars Sean Gunn, his brother, and Michael Rooker.

The Suicide Squad is a relaunch of 2016’s Suicide Squad that was originally directed by David Ayer. It received poor reviews but was still a global hit.

The new and improved movie, The Suicide Squad is set to hit the theatres on August 6, 2021.

Bujji: Dhanush and Anirudh Ravichander are back with a bang!

Soumitra Chatterjee: The legend of Indian Film Industry passes away at 85